Having pets can be enormously beneficial for the elderly, but unfortunately situations can arise which mean they can no longer care for their furry friends.

It's important to keep an eye out for signs of neglect – even if unintentional – so that both human and animal can live their best lives. 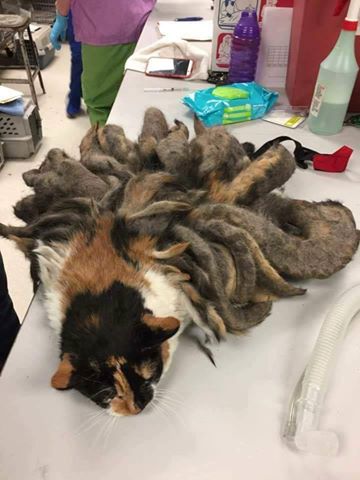 This was the case for one poor cat in Pennsylvania, U.S.A. last week. He was found with so much hair that it had turned into "dreadlocks" causing her immense suffering.

The Animal Rescue League Shelter & Wildlife Center received this cat after her owner had to be brought to a nursing home. According to relatives, he suffered from Alzheimer's and couldn't remember anyone anymore. 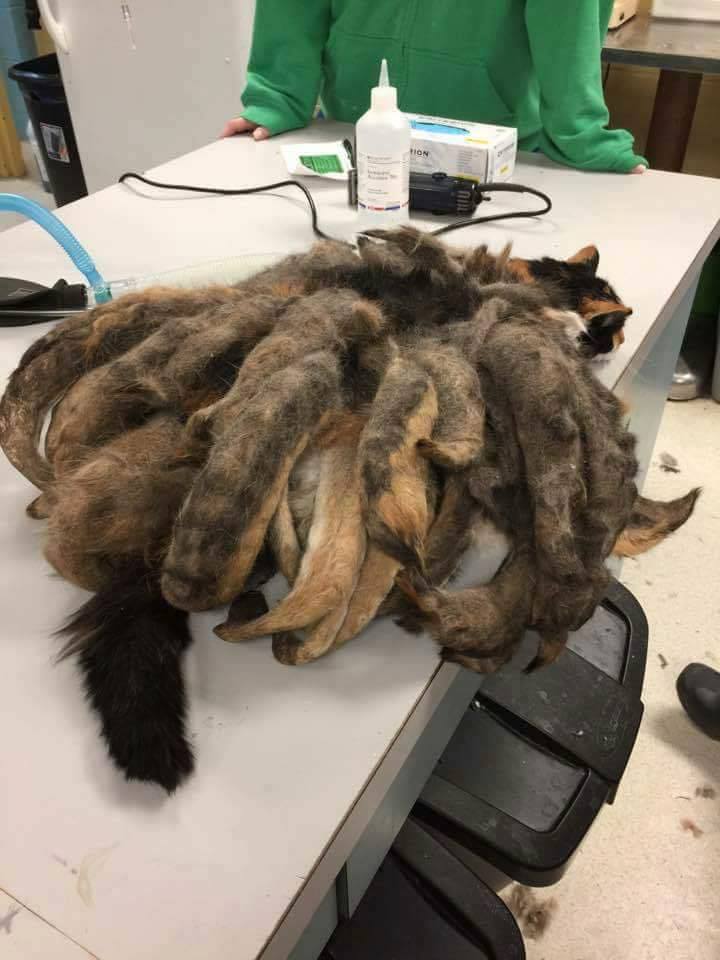 The cat was morbidly obese and could not groom herself properly.

The relative who found the cat, now named Hidey, was shocked to see her state, telling People:

At first I thought it was a cat that had a blanket on top of it. The next day I went into the creepy old cellar and it was hunkered in a corner. I thought, ‘My god this is a cat.'

The Animal Rescue League managed to shave almost two pounds of fur off of the feline, and she is doing much better now. 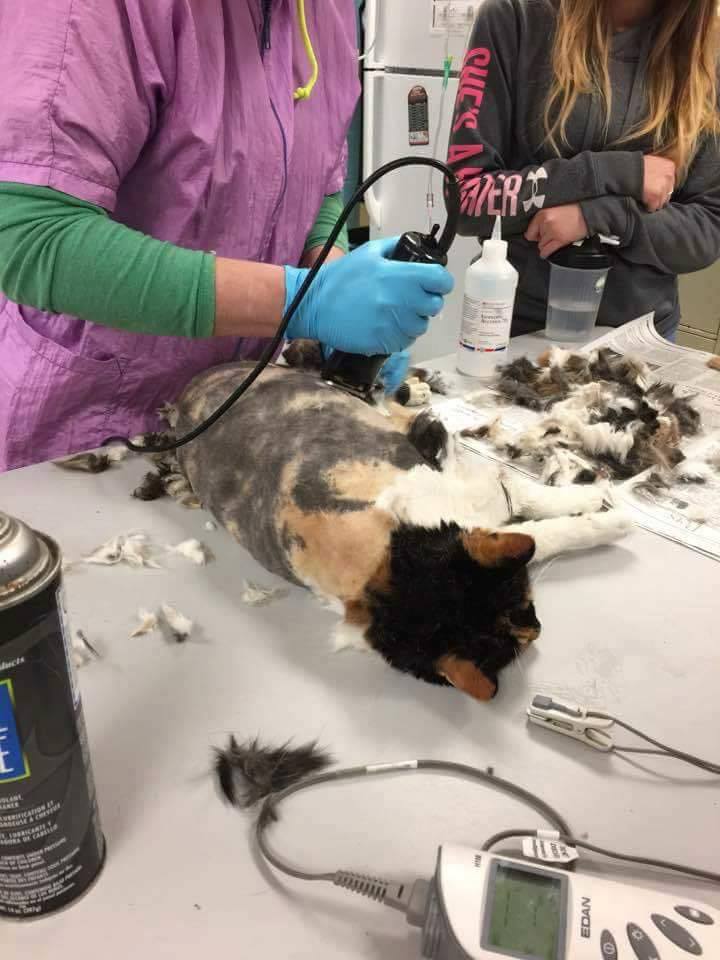 She is being cared for by the relative who found her, and is loving life now. 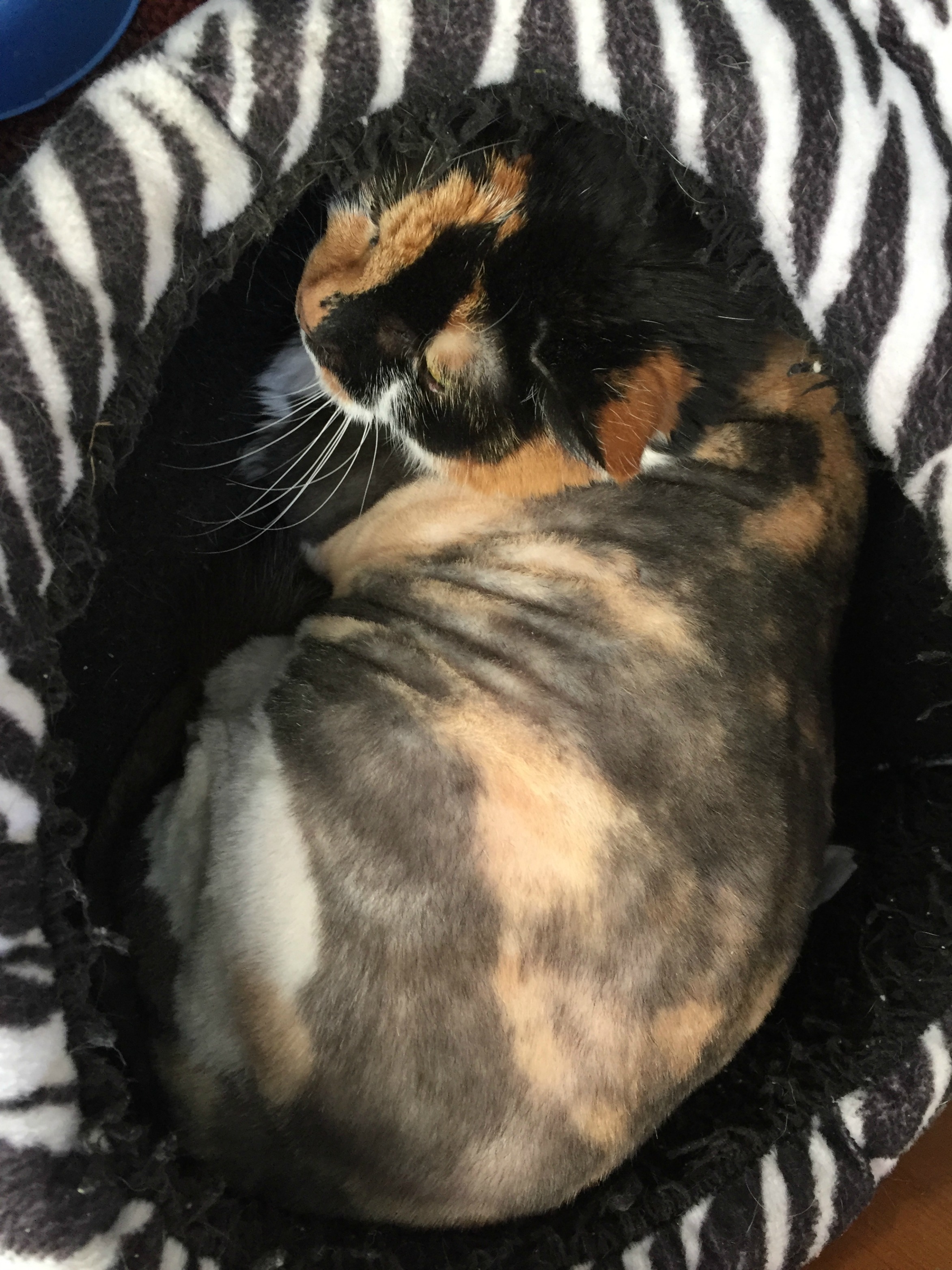 Dan Rossi the CEO of the Animal Rescue League explained:

If a family member, friend or neighbor owns a pet, please help them to make sure there is a support system in place if/when mental faculties begin diminishing. Also, open door shelters such as Animal Rescue League Shelter and the Western PA Humane Society do not turn any animal away if there are no other options for the pet.

Make sure to keep an eye on any elderly family members or friends to avoid a situation like this.