This is the true story of a miraculous Labrador. Very old and sick, the poor dog had a cataract as well as severe glaucoma, which made him totally blind. 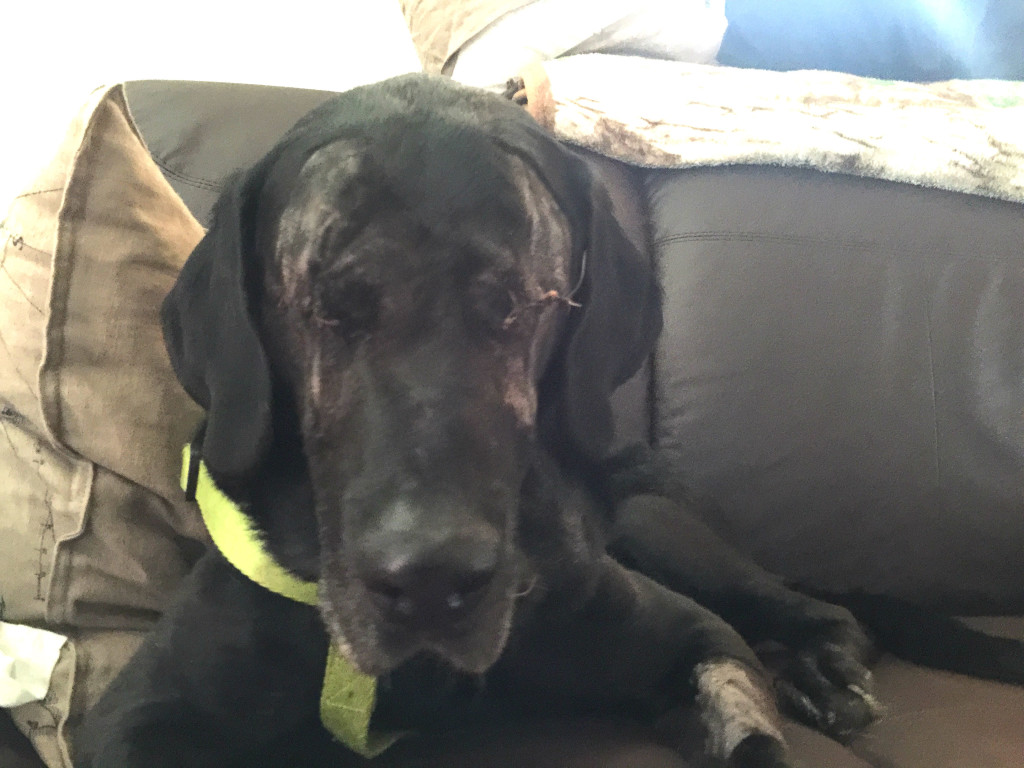 Left for dead on the roadside by his former family who had no doubt panicked at the idea of expensive medical fees, he was taken in by the Cincinnati Lab Rescue, an American charity which helps find abandoned Labradors new homes.

The poor dog was in so much pain and he was rapidly losing weight. The scars on his neck were proof of a tragic past: he had clearly spent the majority of his life restrained. 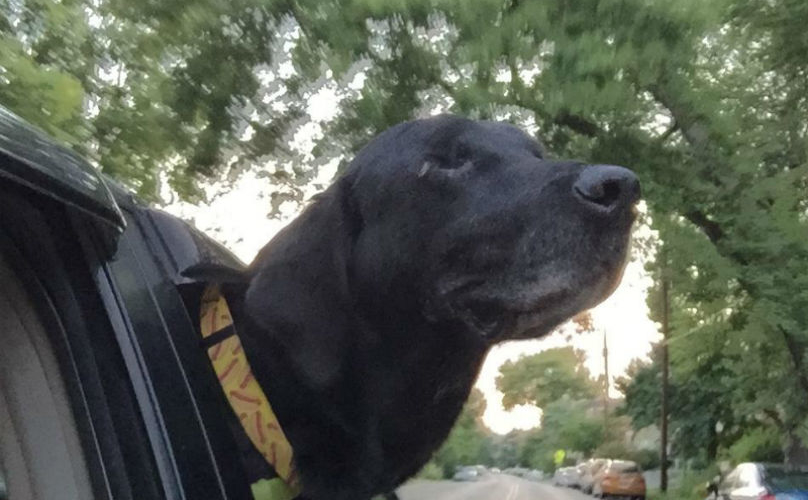 In order to escape his almost certain death, the dog would need an expensive and dangerous operation : the vets would have to surgically remove both of his eyes.

Given all these difficulties, the poor, old Lab was put at the top of a list for dogs to be euthanised. Miraculously, it was around this time that a young man came and changed his life forever… 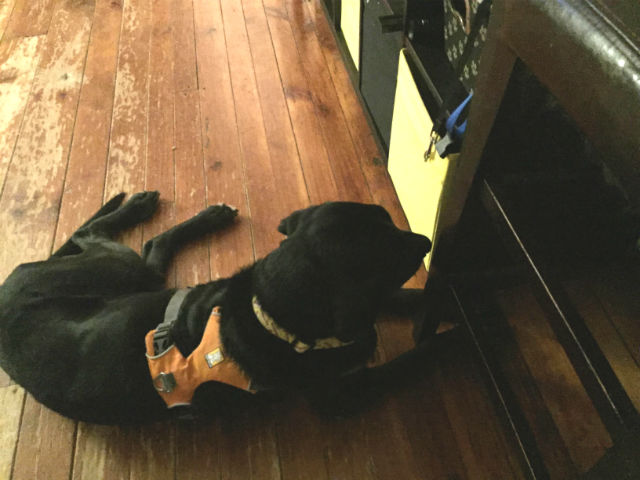 All we know of the young man is his pseudonym on Reddit, "Redhotsedative", where he told his story. The young man was hoping to help support the charity Cincinnati Lab Rescue fell upon the old black Lab's profile. He said:

I met him and he reminded me of the blind Lab I grew up with. So I paid for the surgery as a donation to the rescue and adopted him afterwards. They were shocked but I just connected with this guy the first time I met him…

Thankfully, the operation was a success. The Labrador may no longer have his eyes, but at least now, he is no longer suffering. And he follows his new human around everywhere, utterly and unconditionally devoted to him. 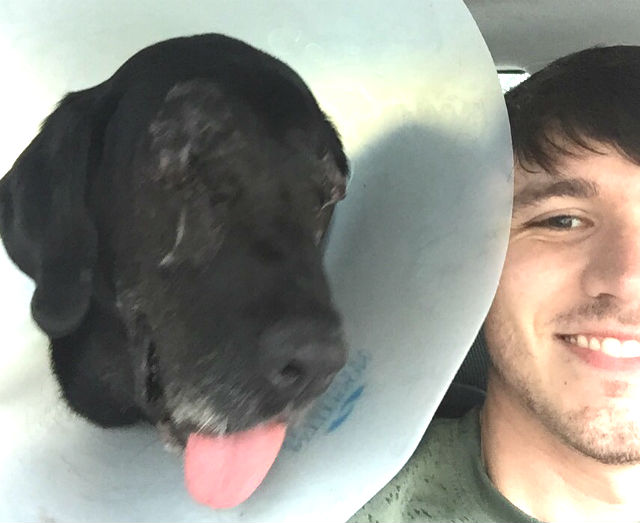 The young man went on to say :

I give him some ear rubs all the time and he'll wag his tail then continue staring at whatever he thinks he's staring at. Maybe it's something really cool in his mind 🙂 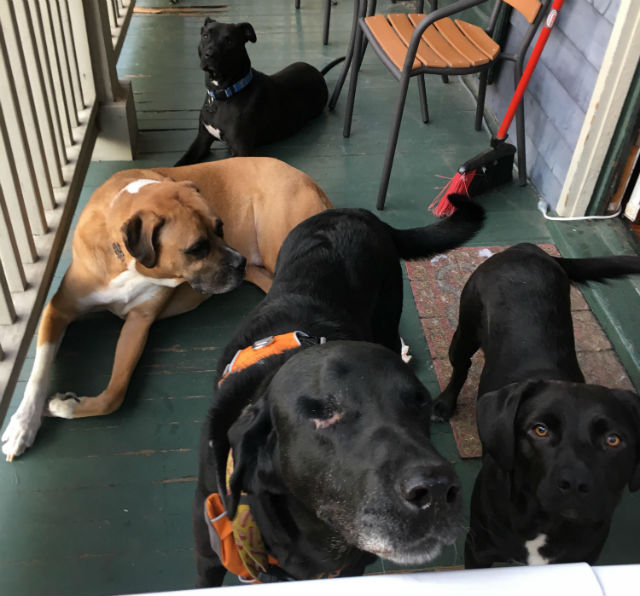 On Reddit, the young man can hardly contain his happiness and he wants to launch an initiative to stop there from being so many old dogs left behind in shelters.

After reaching a certain age, with no one offering them a loving hand or home, most of them end up by being euthanised, in order to free up space for other "younger" dogs:

Just want to spread the word that disabled/senior even middle aged dogs are great for adopting. Puppies are great and all, but when you take an older dog thats been through hell and back and show him a wonderful life – words can't describe the love and happiness they emanate. 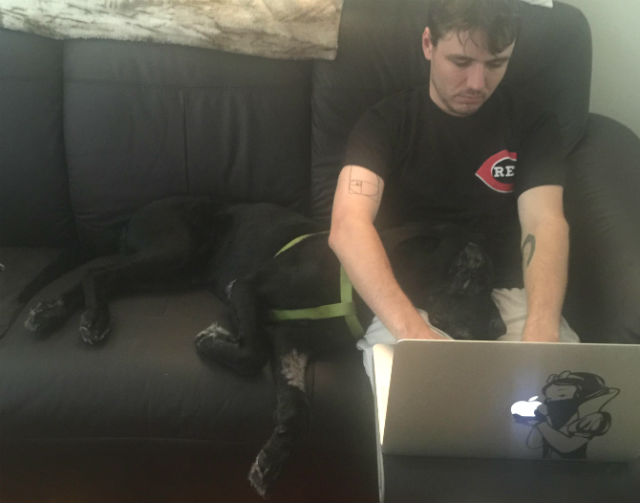 It's now been seven months that the blind Lab has been living alongside his new companion. And we couldn't be happier for the both of them!