But that is exactly what this animal-lover did on April 26 of this year when he arrived at Carrauntoohil, the highest mountain in Ireland, located in County Kerry.

Patrick Corr adopted Stevie, his blind cat, from The Cat Hospital in Cork four years ago. 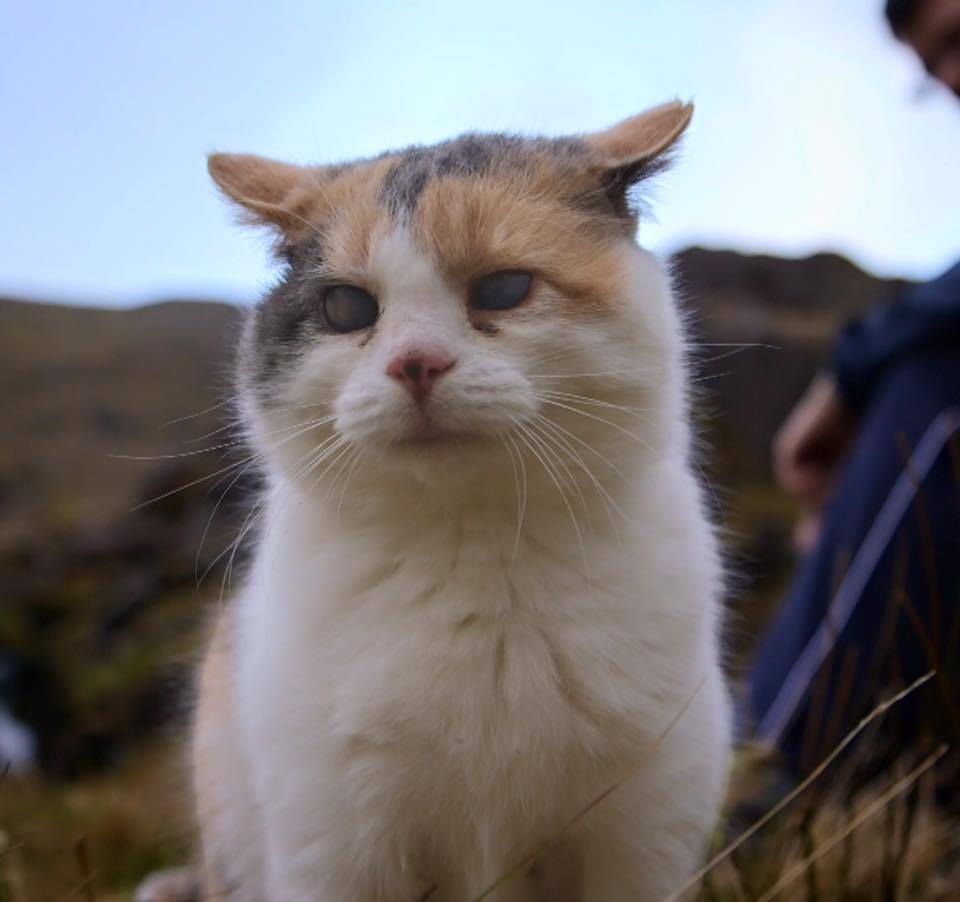 He decided to undertake the journey up the 3406ft peak with his beloved feline and his twin brother Eoghan.

Due to poor weather conditions, they had to camp for the night with Stevie. The adorable kitty had a safe place to stay in the tent. 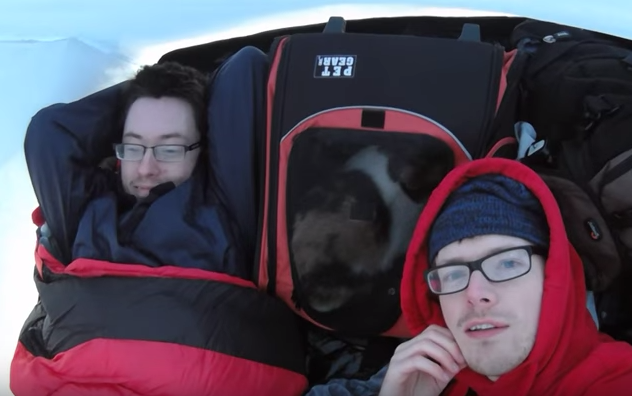 Then they were off! 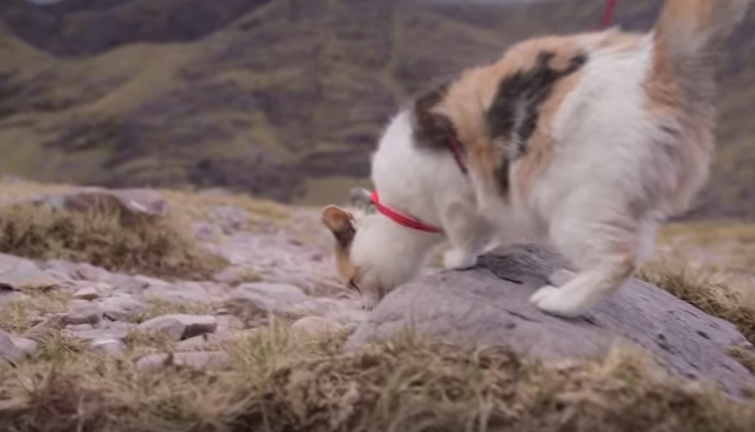 While she walks, Stevie is kept on a leash for her own safety. She was carried in a special cat carrier for the most difficult parts, to spare her paws. 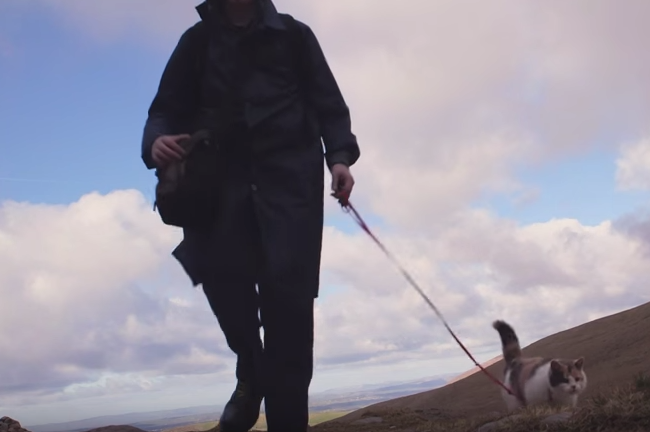 It took them about four and a half hours to make the climb, plus the 107 mile drive to Kerry.

She was absolutely incredible! […] She walked most of the way, and happily sat on my shoulders when she needed a break – hiking can be exhausting! 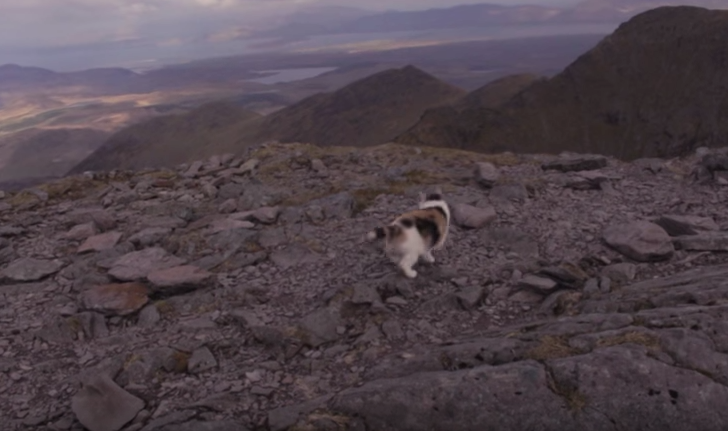 Finally, they made it to the top! 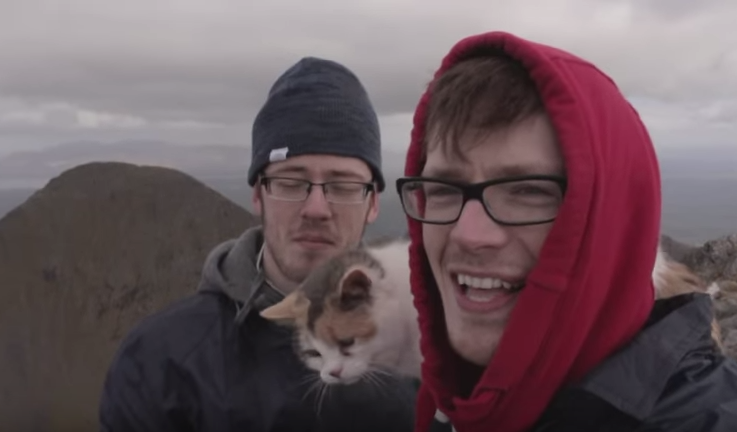 Having attracted a lot of attention with Corr on a previous hike, Stevie is becoming a very well-travelled cat! 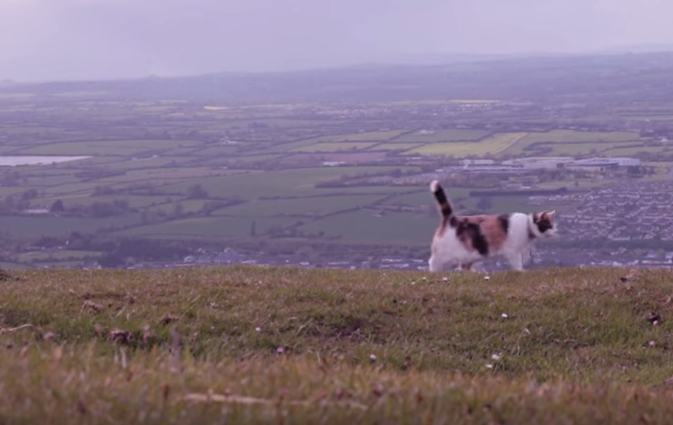 This time, however, their climb was sponsored. Corr and Stevie managed to raise over 1000 euros for The Cork Animal Care Society and the Tipperary Society for the Prevention of Cruelty to Animals in Ireland.

Corr says that since Stevie herself is a rescue cat from a local shelter, "I wanted to give something back to the people who make it their life's work to save animals in need just like Stevie."

If you want to contribute to the continuing cause of saving animal lives in Ireland, you can donate on Stevie's page.