On May 14, a trainer at the Fuzhou zoo in China was filmed violently hitting a bear during a show.

The animal, who executed the same tricks he did everyday, had the misfortune of falling over one of the small obstacles he had to climb over. In reaction, the trainer gave him a violent kick between the legs. 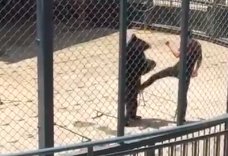 A little later, when the bear was performing another trick with a ring, he received another blow, forcing him to lift his legs.

The incident was filmed by the spectators, and was posted on Youtube shortly after, accompanied by comments from witnesses. One of them, who filmed the scene, explained: 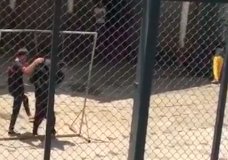 A zoo representative, also commented on the incident:

He kicked because the bear refused to perform, making him impatient. The trainer has been suspended. We will also gradually change our training ways. 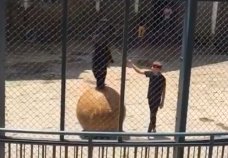 These images of mistreatment in Chinese zoos are similar to the situation with Pizza, 'the saddest bear in the world' or those of obese Siberian tigers at the Yuqiong Zoo.

The captivity conditions are often mediocre if not deplorable and, even if a number of zoos and parks are working towards improving the way the animals are treated, too few efforts have been made to this point.

Watch the video taken during the show below:

If you would like to contribute to helping circus animals escape this life of misery, you can donate to organizations like Performing Animal Welfare Society, who work to offer exploited, wild animals better living conditions.