Tuffy the bear was recently rescued from a horrific bile farm where he was tortured, but now he's literally jumping for joy in his new home at Animals Asia’s Tam Dao rescue centre in Vietnam.

After years of torture in a tiny cage, Tuffy can be seen enjoying his first few days outside in utter freedom. And what better way to celebrate his new life than by splashing about in the sanctuary's bathing pool? 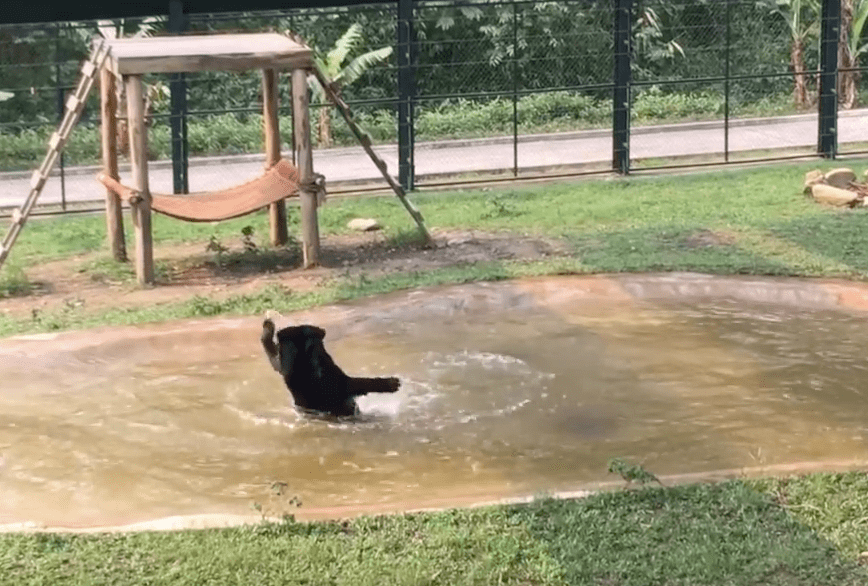 Coming from years of little or no water, for Tuffy this must feel like a true oasis after being parched and in pain for so long…on the hard metal bars of the bile farm cage.

Bear bile farms extract bile from the animals because they think it has ancient healing powers and is used in traditional Chinese medicines.

The extraction is unimaginably painful and causes huge damage to the bears' gall bladders. In fact, Tuffy's was so badly damaged that it had to be removed. 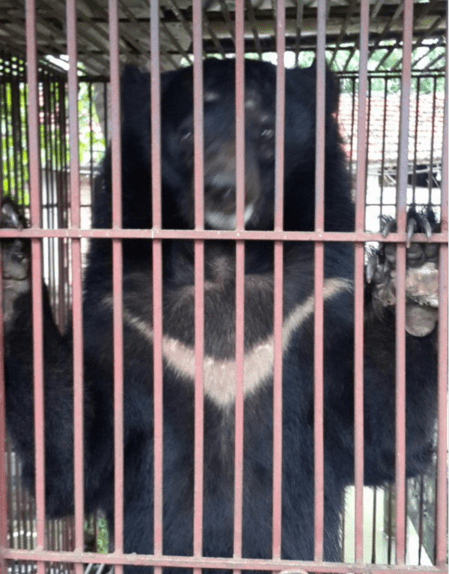 The black bear also had three fractured teeth and dry, cracked paws when he arrived at the sanctuary, according to the rescue shelter.

But despite his traumatic past, Tuffy is now happier than ever, which is clear in the video of him splashing about in his new home.

Watch the footage of the rescued bear as he splashes about in the sanctuary's bathing pool:

Bear bile is part of the $2 million bear product trade, and although animal rights activists have long been campaigning to ban the industry, there are still over 1,200 bears in bile farms in Vietnam and over 10,000 bears in farms in China.

These bears spend their lives in tiny cages being physically invaded twice a day with needles and catheters so that farmers can extract bile from their gall bladders. Let alone their psychological distress, the intolerably painful procedure leaves them with open wounds and infections. 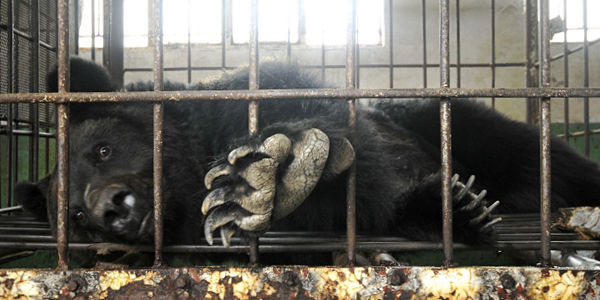 84% of Chinese people want to ban it

Animals Asia are the pioneers in fighting against this horrific and inhumane trade. The foundation has rescued nearly 600 bears from the practice since it was set up in 1998, and it has two sanctuaries – one in Vietnam and one in China.

So that Animals Asia can continue their fight to end the cruel bear bile farming industry, please donate to them here.