Karamel, an adorable little squirrel living in Batman, Turkey, had to have two paws amputated after being caught in a trap, as reported by the Huffington Post.

His chances of survival were slim, but thankfully a group of scientists from the University of Aydin in Istanbul came to his aid. 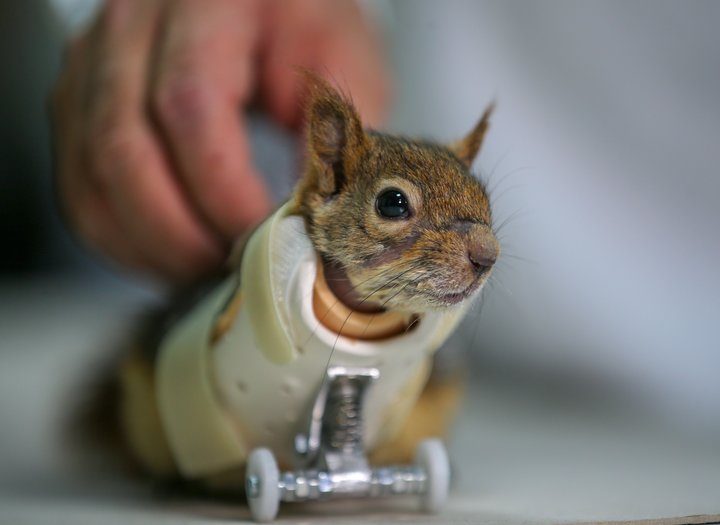 Together they built a prothesis specially made to help Karamel get around. He is now able to move around using the wheels on the prosthetic, and can even eat without help.

Karamel quickly got used to his new prosthetic, despite scientists being unsure if he was capable of learning to manœuvre it.