When Gito was first found in 2015, his rescuers weren't even sure if he was alive. After being left to die in the sun after poachers killer his mother, Gito was curled up in a ball inside a cardboard box, drenched in his own urine. He was in an awful way with his skin having turned gray and his hair nearly all lost. 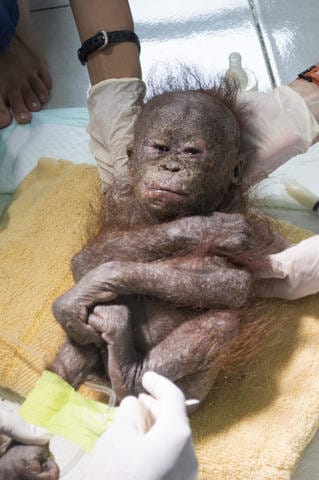 When Gito was just a few months old, he was brought for $30 and even then he looked ancient. International Animal Rescue (IAR) said on its website:

At first we thought he was dead. He was lying corpse-like with his arms folded across his chest and this, along with a lack of hair and grey flaking skin, made him look almost mummified in his cardboard coffin.

Gito was immediately taken to a clinic where he could receive the veterinary care he so desperately needed. By some miracle, he managed to survive the nine-hour motorbike trip to get there. Once he arrived, he began the long but necessary journey of treatment for ailments such as malnutrition and sarcoptic mange. 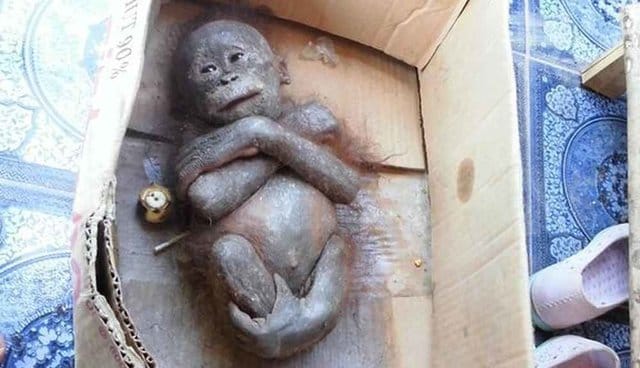 Now Gito is three years old and better than ever! He is no longer the "mummified orangutan" he was once known as.

With bright orange hair and healthy skin, he is completely unrecognisable and spends his days in a protected forest along with other orphaned orangutans his age. 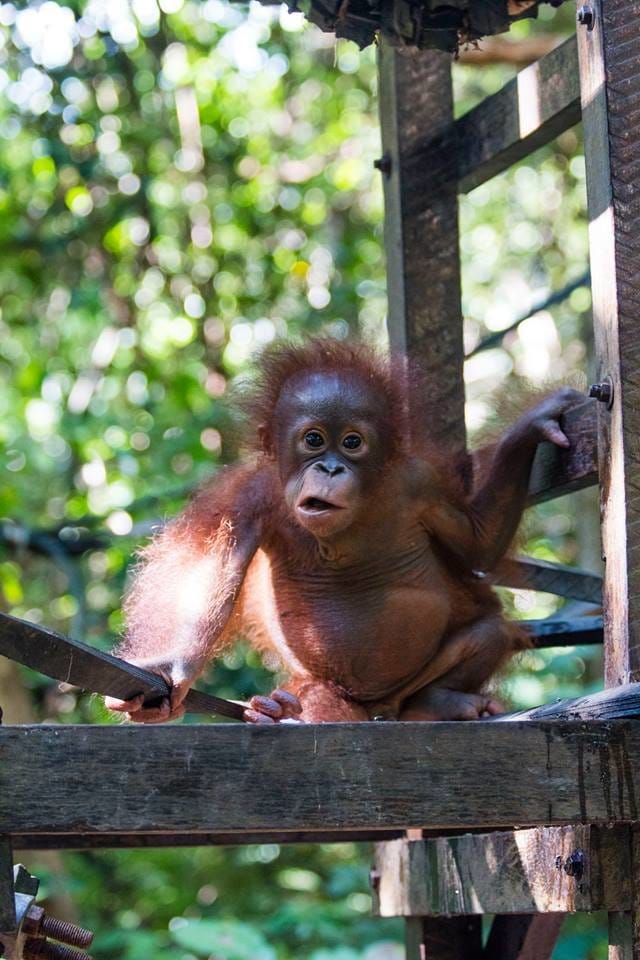 With the hope of being released into the wild later on in their lives, the orangutans must learn the necessary survival skills they would have learned early on from their mothers. These include learning how to climb, forage for food and build nests. They are closely accompanied by the rescue's caretakers who supervise the ape's on each step of their journey.

Lis Key, communications manager for the rescue, told The Dodo:

At the rehabilitation center, the young orangutans are constantly monitored. As they grow in confidence and ability, they move from baby school, through forest school and then on to the pre-release island.

Being very young, Gito is still in the early stages of rehabilitation and will remain at the center for several more years to come. He doesn't seem to mind this though with Key saying:

Out in the forest, Gito loves to climb high and explore. He usually takes his friends with him, but he's also happy to play on his own. He is learning fast — currently on his list to learn is how to forage the forest for food. Then after that, it will be how to make a nest for the night. 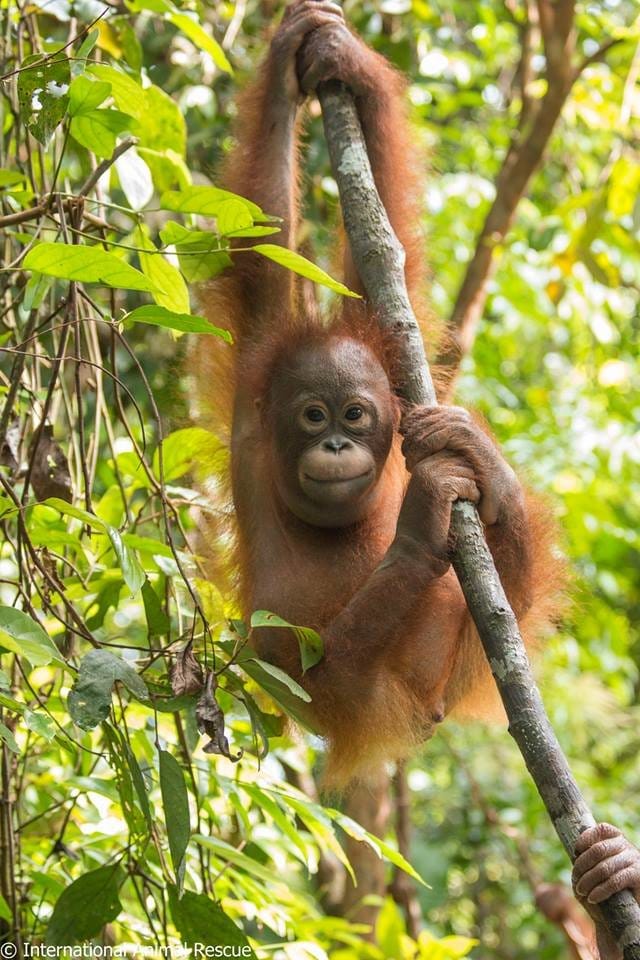 Sadly, all three species of orangutans are considered critically endangered thanks to factors such as deforestation and poaching. In Indonesia for example, people will often steal them from the wild as babies to then sell on as pets.

Once they're captured, their mothers are in most cases killed by traffickers so they are unable to protect their babies. In other cases, the mothers are killed by locals after getting too close to villages.

Animals are suffering and dying because of the systematic destruction of the rainforest, primarily for palm oil production.

However, if Gito's recovery is anything to go by then even animals rescued from the most awful conditions stand a chance of surviving thanks to the expert care at the sanctuary. 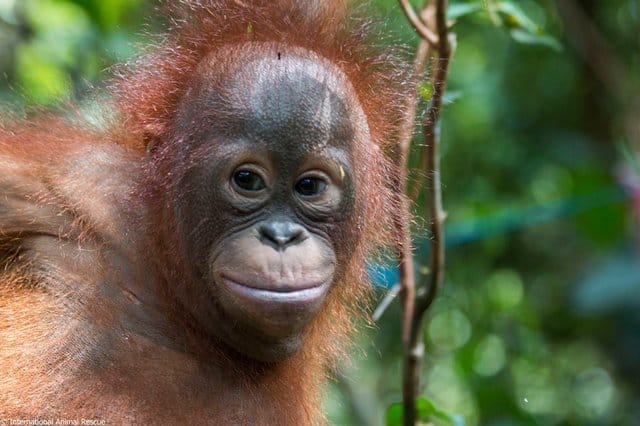 While Gito still has a lot to learn, Key is confident that he will one day be prepared for life back in the wild where he belongs. She said:

Behavioral data is gathered and analyzed to determine when each individual is ready for reintroduction into the wild. This is the journey that Gito has already embarked on — which one day should lead him back into a safe, protected area of forest where he can resume his life as a wild orangutan.

If you would like to make a donation to the IAR and help animals like Gito get the care they need, you can do so here.