At the beginning of January 2018, a tourist captured on camera something truly out of the ordinary in South Africa. A baby elephant trapped by a group of lions was saved by a herd of buffalo.

In the video, filmed at Kruger National Park, you can see a baby elephant with all four feet in the air, being attacked and hurt by several lions gathered around it. Suddenly, a buffalo approaches to see what's going on. He is then followed by several other buffalo who immediately try and help the defenceless animal and free it from the lion's claws.

According to MailOnline, the buffalos heard the screams of the baby elephant and their instinctive, protective nature took over. They rushed over and didn't hesitate to attack the lions. 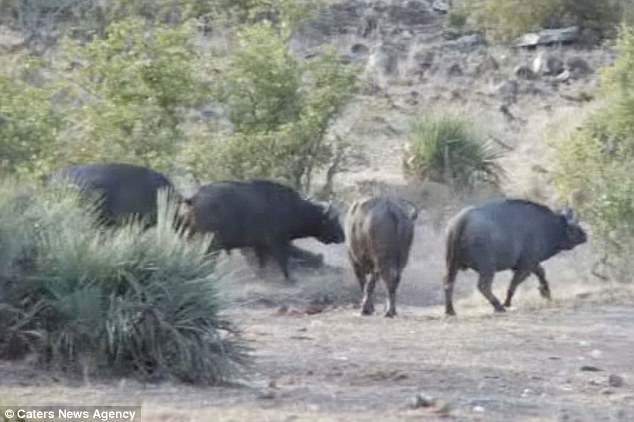 Lions and buffalos are natural enemies so it isn't rare for them to confront each other over matters such as territory, food or violence towards members of their respective herds. The confrontation was therefore inevitable.

The lions immediately fled the area and the baby elephant got back up on its fee and ran off. The animal, probably abandoned by its mother or herd, managed to escape certain death, thanks to the bravery of the daring buffalos.

The video of the rescue: