Unlike their canine counterparts, cats aren't exactly renown for their cuddly and affectionate natures. However, three year old cat Zorro seems determined to disprove this by hugging absolutely everyone he meets. 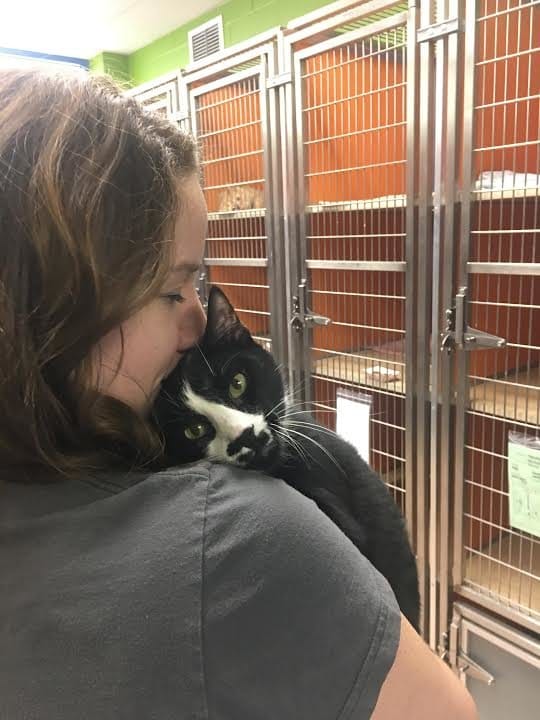 Kristen Nau, a veterinarian at the Pennsylvania SPCA, the rescue group that currently cares for Zorro, told The Dodo:

You can just pick him up, and he will wrap his arms around you like a baby orangutan and just hang on. He’ll rest his head on your shoulder, too, just like a little child does.

Zorro first arrived at the shelter back in January with Gillian Kocher, director of public relations at the Pennsylvania SPCA saying:

The story as I understand it is that there was a Good Samaritan who had been feeding him … and trying to find him a home in the process. But for whatever reason, it was hard to find him a home, so she decided to bring him to us.

Upon arriving at the shelter, the staff had no idea that he liked giving hugs, or even that he was affectionate. In fact, according to Kocker, they wrote on his files that he "didn't tolerate a lot of handling". 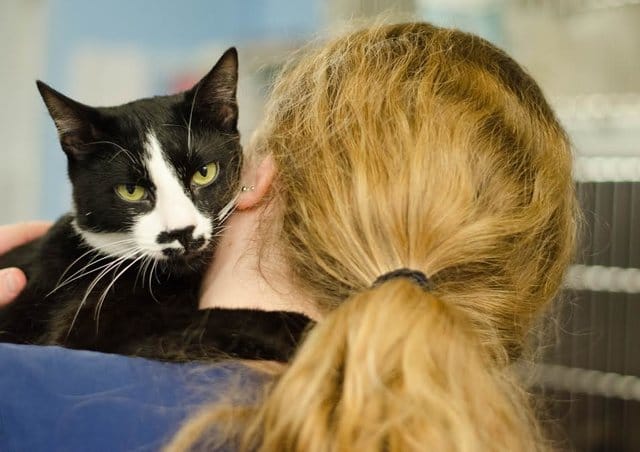 Soon after arriving at the shelter, Zorro was diagnosed with bladder stones. Thankfully, this wasn't a problem that surgery and a special diet couldn't fix and he was soon on the road to recovery. It was during this time that staff at the shelter started to realised how special Zorro truly was. Kocher said:

Whenever the [veterinary] techs would take him out to clean [his kennel], or for the vets to check him out, he would sort of give them hugs, and didn’t really want to let go. He would do it to everyone. He certainly doesn’t discriminate with his hugs.

Nau added that "the second he's in your arms, he just wraps himself around you" and it's this unrelenting affection that has made everyone at the shelter determined to find him the best home. 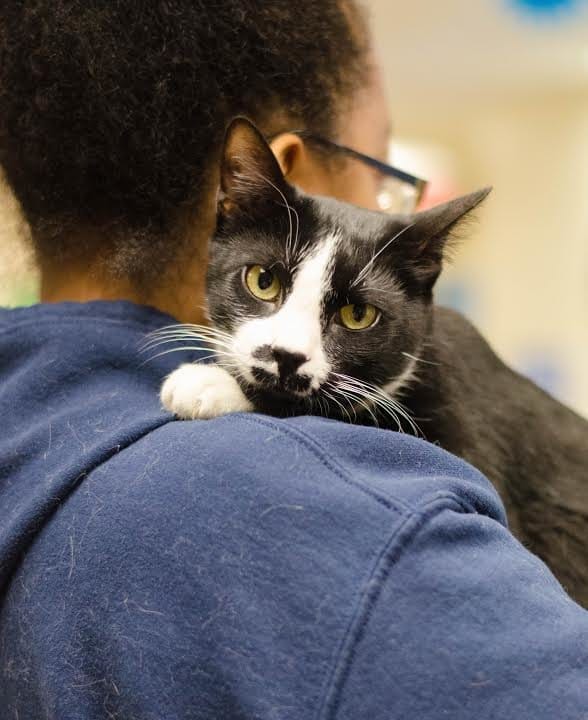 Zorro will need someone who is happy with feeding him his prescription diet, Kocher explained. He’d also be great with small children, and fine with living with other animals. But most of all, he just needs a family who will give him hugs — lots and lots of them.