Only months ago, Drei was a stray cat who had to find food wherever he could, living wild in Vermont. But hunger wasn't the only thing the poor feline had to deal with. Drei had the bad luck to fall into a cruel trap, which could have killed him.

The "Conibear" is a kind of trap which has been very controversial, with many saying that it causes unnecessary pain to the animals trapped in it. It consists of a metal mechanism that closes on the animal's body when it tries to get at the food placed inside it.

It is supposed to kill the animals it catches, but doesn't always do so instantaneously, meaning that the poor creatures caught in it can be left in agony for hours or even days before they die, if they do at all.

Drei was found caught in a Conibear about a week after specialists think he was first trapped. Surprised that the little cat had survived so long, they rushed him to a veterinarian. Unfortunately, it was too late to save one of his paws, which was mangled beyond repair. 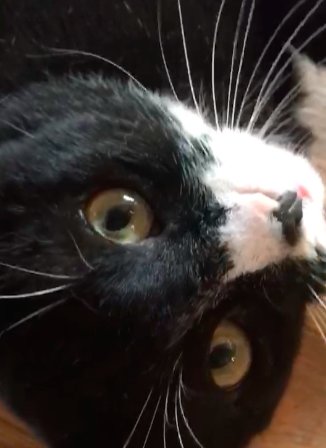 But Drei was determined to survive. Despite his suffering and the amputation, he has proved to be a very affectionate and loyal cat, who quickly found a forever home with an employee at the veterinary clinic he was treated at, Burlington Emergency Veterinary Specialists (BEVS). Now he can forget his hard past on the streets and instead curl up, safe at home with his new family and friends.

Despite the pain and suffering these inhumane traps cause, they are still legal in the United States and the laws about who and where you can use them are vague. Although they are mainly used to get rid of animals considered 'pests', the reality is that they catch far more than their intended victims, including pets who stray into them by accident. 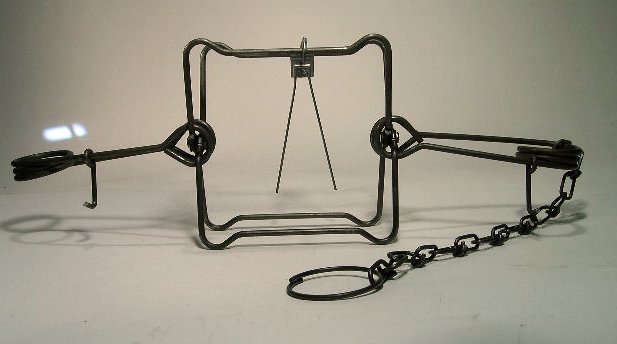 Overall, nearly 4 million animals are caught in traps every year in the U.S., found a study done by Born Free USA, among them many dogs and cats.

The organization has reached out to urge the public to not buy fur products (most trappers claim that they trap to sell the animals' pelts) and to find out the trapping laws in their own states.