Kylo Ren just can't get enough of his new mom, Meghan Sweers. Despite being adopted over a year ago, he still needs hugs from her at least every day when she gets in from work, reports The Dodo.

The pup was only 10 months old when he was abandoned and left to the West Memphis Animal Shelter. From there he was quickly taken in by the Alive Rescue Memphis shelter, where he spent many months in a foster home. 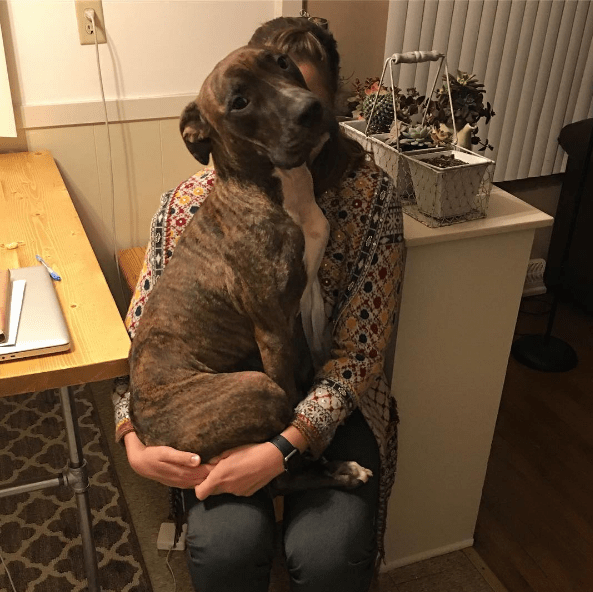 Despite being a sweet and kind-natured dog, Kylo had to wait a long time before he found a forever home. Luckily, when Meghan Sweers saw his charming photo on facebook, she knew that she had found the canine companion for her, her husband and their corgi, Nellie. 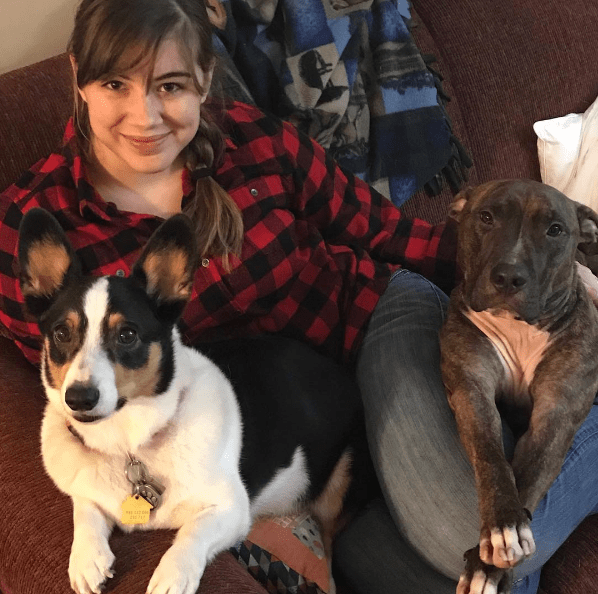 After she reached out to the shelter, Kylo came to see the family as a 'trial run' to check that he would fit in to their home. Unsurprisingly, the friendly dog won them all over straight away. Meghan puts their perfect pairing down to fate. She told The Dodo:

I think he was always meant to wind up with us, it just took some time for us to find him!

Since their initial meeting, Kylo and Nellie have become firm furry friends. 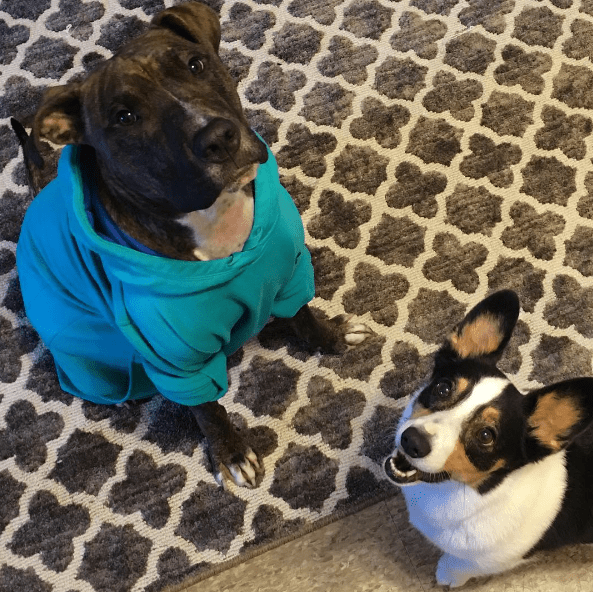 The rescue dog has a few quirks, which only make him all the more loveable to his family. He hates wooden flooring, so his mom put down rugs all over the house to let the canine roam his new home freely. 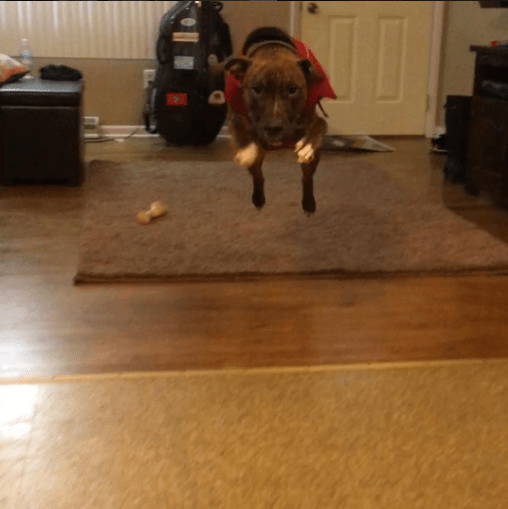 Perhaps Kylo's best quirk comes in the shape of his extreme affection for his new mom. Everyday when his dad gets home from work and lets him out of his crate, Kylo heads straight to the front door in anticipation of the arrival of his favourite human. Then, when she finally arrives, he can barely contain his excitement. 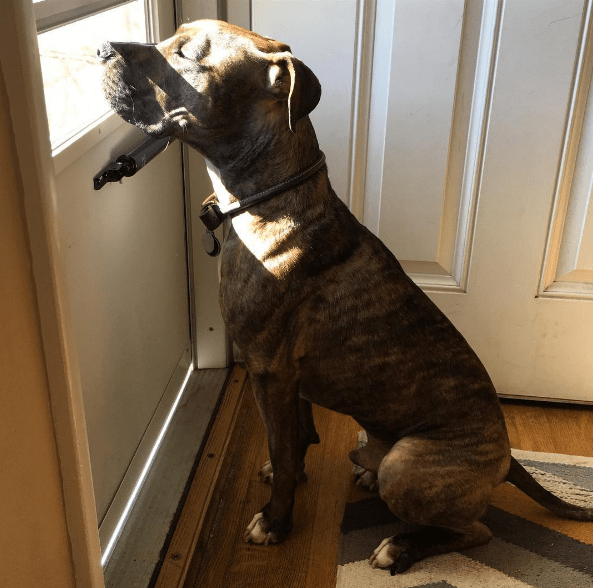 This is our daily ritual, as soon as I sit to take off my shoes Kylo climbs into my lap to be help. 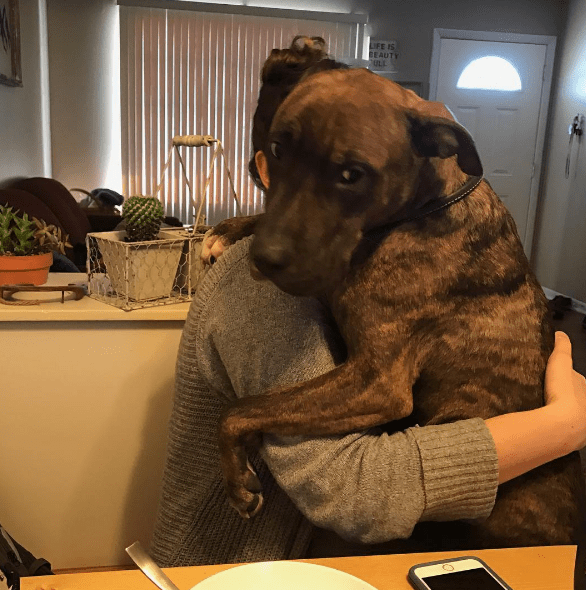 If Meghan doesn't give in and cuddle the dog straight away, he follows her around the house until she eventually gives in and hugs him.

His gentle nature has managed to convince even the most cynical, that all dog breeds should be loved. It is thought that Kylo is a Brindle Boxer-Amstaff mix, which some people would incorrectly assume to be aggressive. However, this couldn't be further from the truth. Sweers explains:

Many of our family members who were very prejudiced against bully breeds have changed their tune after spending time around him. 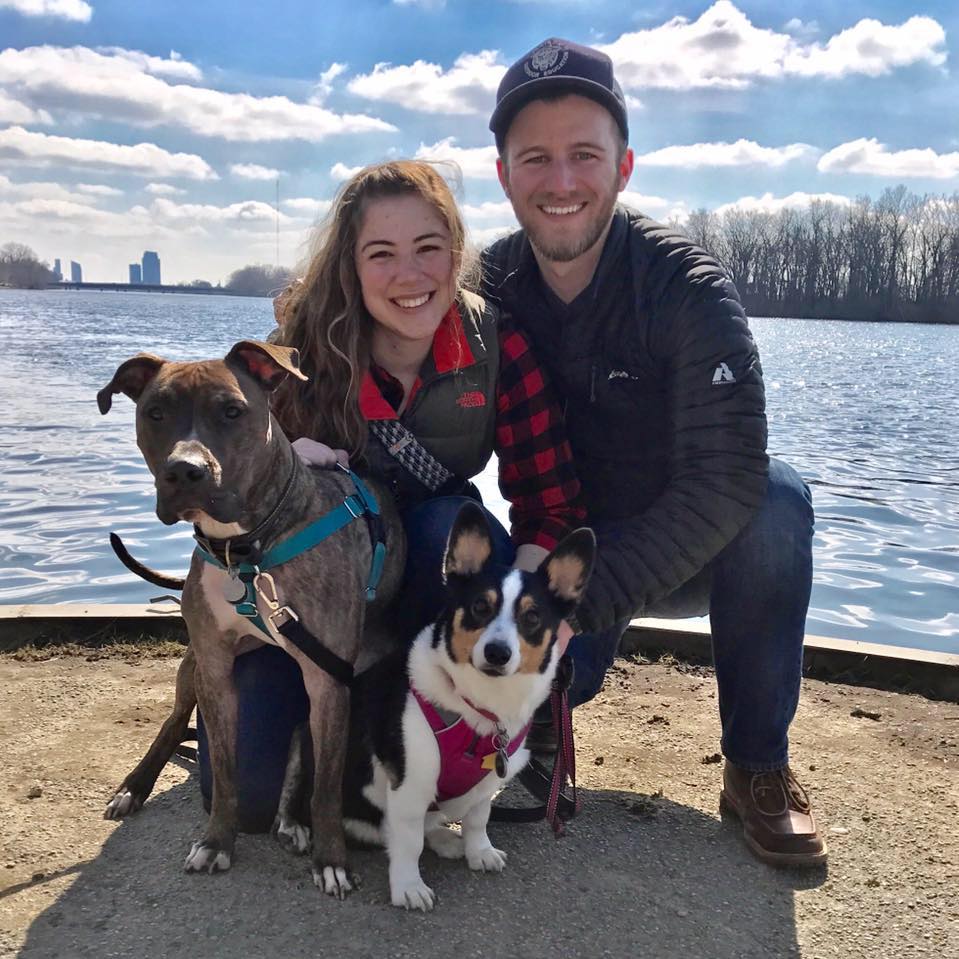 Kylo was extremely lucky and found his forever home with a wonderful new family. However, there are still many dogs out there that are still in shelters. The Alive Rescue Memphis shelter has lots of wonderful dogs looking for new homes that you can see, here. You can also help them to continue their amazing work by making a donation, here. 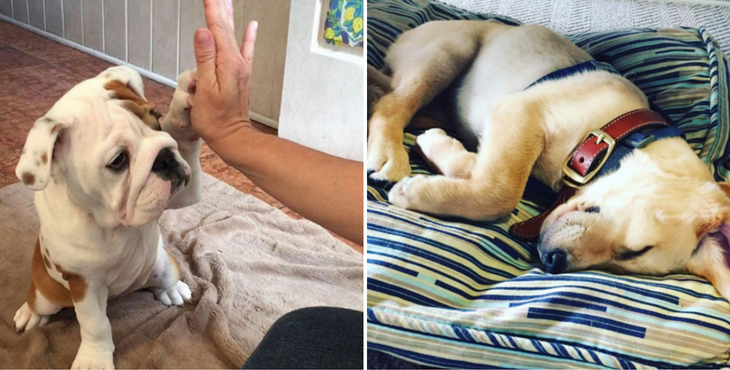