Young animals can often get confused, especially when they get separated from or abandoned by their families. Wondering around, looking for someone to take care of them, they often cling to the nearest living thing that shows them some kindness, like the Highland calf who thinks he's a dog, or the Husky brought up among cats.

But in the case of one kitten, the maternal figure was replaced by none other than a heavily bearded man, writes The Dodo. 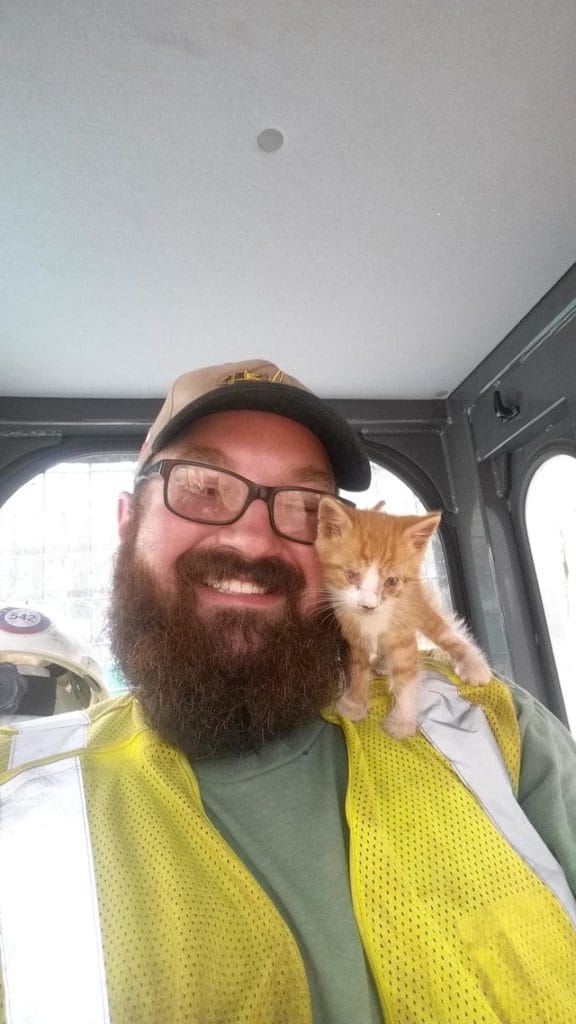 The man, Jordan, works at a pipeline in Pennsylvania which runs through rural, wooded areas. While he and his co-workers often see wild animal around, the sight of a tiny, ginger kitten coming out of the woods was pretty surprising:

I just kind of froze and melted at the same time. He looked so sad. He was covered in sap and just kind of … not good. I looked around and didn’t see any other cats around. We were working in the middle of nowhere, basically.

Since there were no other cats around and the kitten was clearly asking for help, Jordan didn't waste any time in getting the tiny kitten into his truck, where he quickly made himself at home, making a bed in his hat and snacking on his lunch:

I couldn’t walk away from him. To see a cat like that … it doesn’t fly with me. Something put me there at the right time. He spent the rest of the day with me in my cab. I happened to bring some tuna fish to work, so I gave him some tuna. 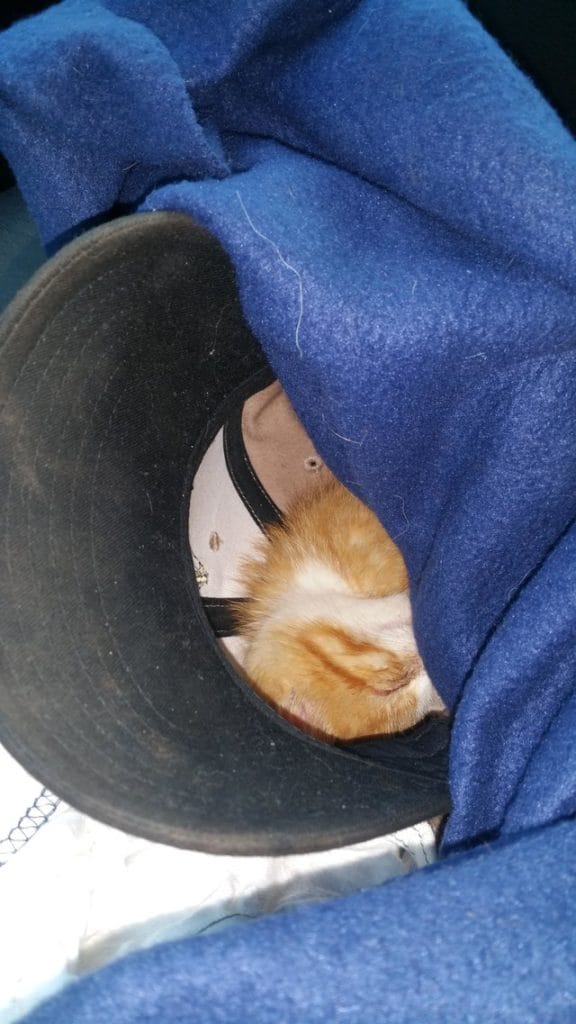 Clearly the kitten was quickly convinced that this was the person who should be looking after him, since he soon started to search through Jordan's beard, looking for a nipple!

"He climbed on my shoulder, sniffed my ear, and before I knew it he was pushing his head into my beard, moving it back and forth," he laughed, adding that this was what made him decide to keep the little feline himself rather than take him to a shelter:

We bonded in that brief moment … with my beard. I thought, ‘This guy’s coming home with me. There’s no way I'm dropping him off. 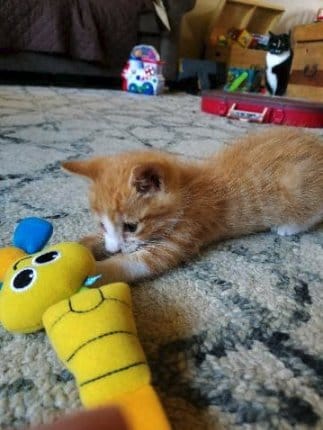 Now happily settled into his new home, the kitten, named Odin, has been checked over by a vet, who gave him medication for eye and breathing infections. According to Jordan he is doing very well, warming swiftly to Jordan's wife and their other cat, another one of Jordan's rescues.

Here I am doing it again. I keep finding cats that need help. I don’t know why it keeps happening, but I won’t turn them down. 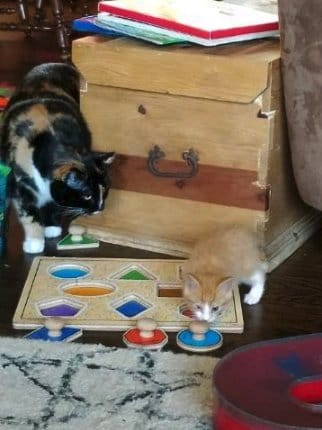 surrounded by a new family and finally safe, Odin now has nothing to worry about.