Digger, a 17 year old horse from the Canadian town of Waskatenau in Alberta, went missing for days after falling into sewage pit on a farm which neighbored his home. 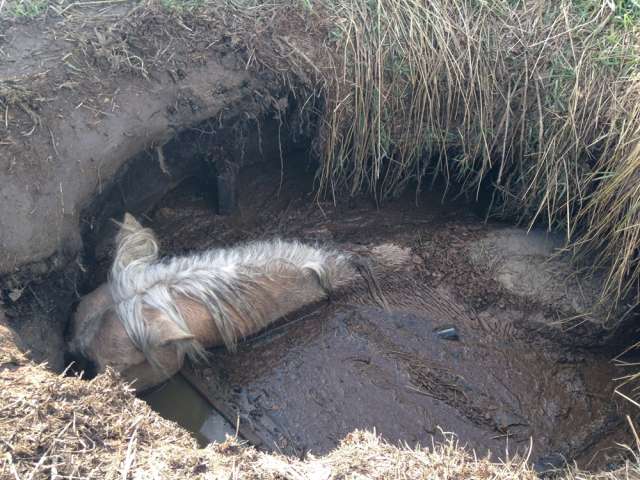 Digger, along with his best friend, Chocolate Thunder, were being lent to their family's neighbors, who had a farm with very overgrown fields. The idea was that the pair could graze away the jungle taking over the lawn, and all seemed to be going well until Lynn Danyluk, the horses' owner, got a panicked call; Digger hadn't been seen for 3 days.

Panic-stricken, Danyluk made her way to the farm and spent 2 days looking for her beloved friend, walking along the paths, nooks and crannies he could have taken. Chocolate Thunder was just as distraught and quickly became nervous without his companion by his side. 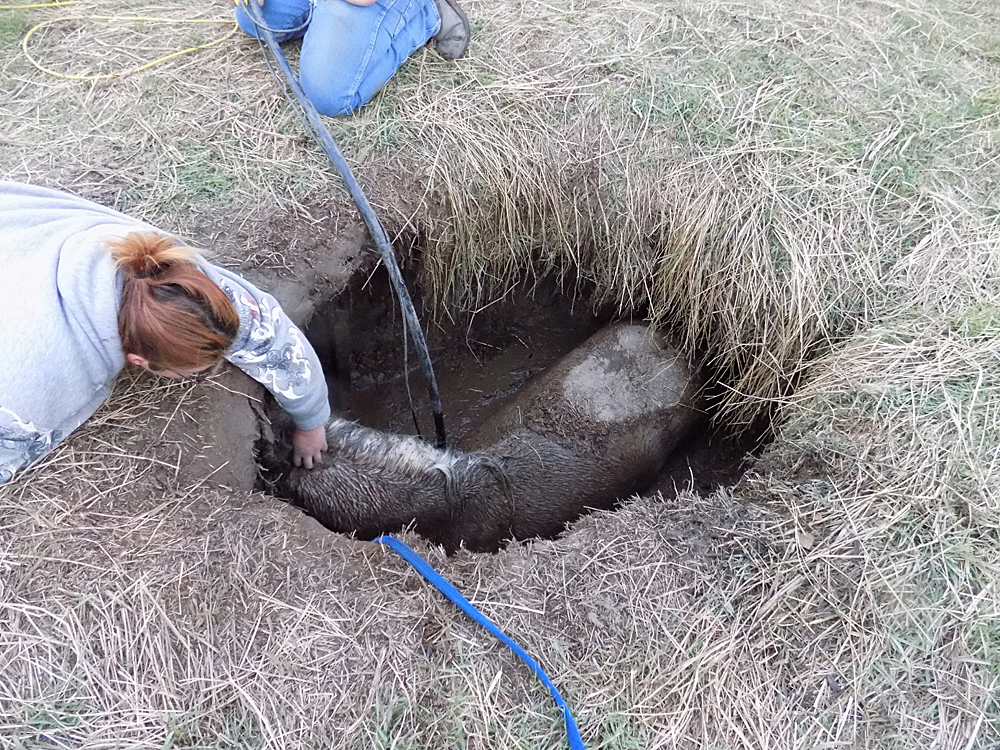 After several days, Danyluk finally heard the terrible sounds of a horse in distress, as she told local newspaper National Post :

I pet Chocolate on the top of the head and I basically said, ‘I don’t know buddy, we’re still trying to find him. He’s got to be somewhere.’ All of a sudden, a horse nickered, very coarse. And I knew it wasn’t Chocolate Thunder because I was standing right at his head and he didn’t nicker. I thought, ‘Oh my god he’s got to be here somewhere!

Unfortunately, Digger was stuck in an overfill pit for a septic tank and was having great difficulty breathing. Having had no food or water for days, and because of the polluted, filthy water he was stuck in, he had become incredibly weak. 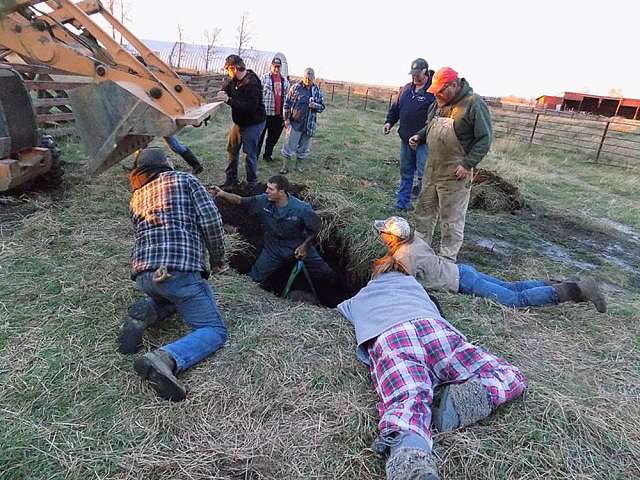 Firefighters, neighbors and friends of the family swiftly came to Digger's aid, doing all that they could to rescue the poor horse from his awful predicament. Hours later, thanks to their efforts, he was free. An inspection from the vet and a bit of nourishment later, he even managed to regain some strength and walk.

But the next day his behavior seemed strange. He tried to lean on everything, as though he couldn't carry on standing himself, and eventually feel when trying to steady himself against a swing set. On the advice of their vet, they moved him somewhere he wouldn't be able to hurt himself, or anyone else. They planned to move him somewhere more comfortable as soon as he managed to stand up again. 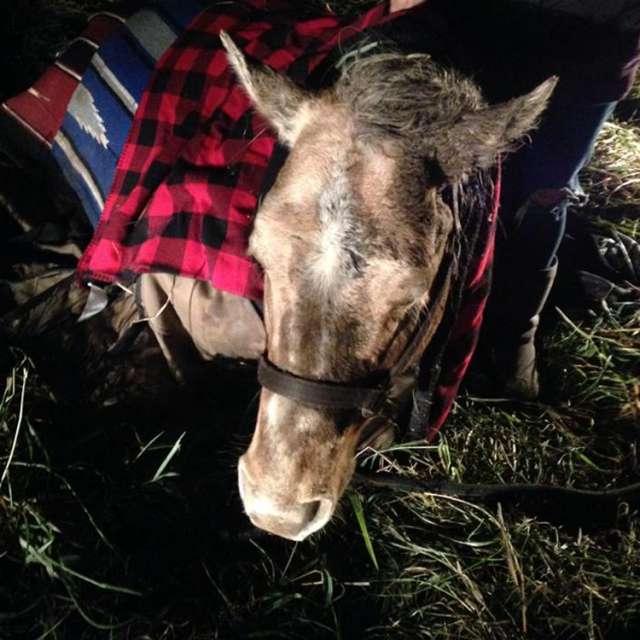 But Digger never stood up again. At 2AM, with his family gently petting his head and neck, he passed away in their arms.

Danyluk decided to cremate him, wanting to remember her special friend and companion of 17 years:

I had Digger since he was three months old. He was a rare horse — he had golden eyes. He was a very important horse to us.