Steffen Baldwin, president of the NGO Animal Cruelty Task Force of Ohio, still can't understand what happened to poor King between his adoption and a week later, when he was returned to the shelter with a broken tibia, having been shot. 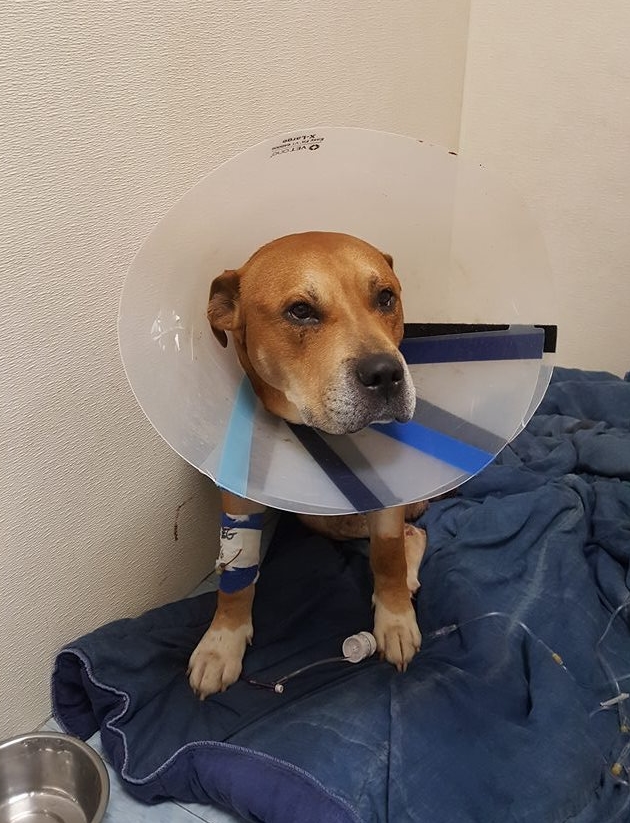 Baldwin has a few pieces of a very blurry puzzle: according to various sources, the scene took place during the night of July 3 and 4, characterised by fireworks to celebrate American Independence Day.

On this evening, the boyfriend of King's new owner tied him up in the garden before going to sleep. Terrified by the explosive sounds of the festivities, King somehow managed to escape. It is believed that he then fled to Franklin County in Ohio, where the police had arrived after gunshots were heard.

The dog was supposedly shot at by a police officer, who hit him in the leg. In spite of the fracture from the bullet, the poor dog managed to find refuge in the garden of a local resident. Vets found him in the morning of July 4, only eight days after he was adopted. 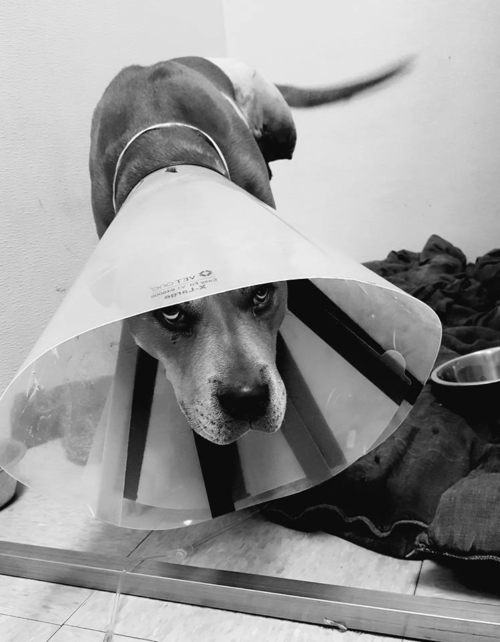 But King's ordeal wasn't over: when the authorities told his owner what had happened, she said she didn't have the financial means to look after him and refused to take him back.

Luckily for King, Steffen Baldwin volunteered to take him into his rescue group, where they would see to his medical costs. Two days later, vets decided they'd have to amputate his leg.

King is currently recovering and is doing well. Baldwin tells BarkPost he is "stable" and despite everything is "in good spirits".

Baldwin condemns the irresponsibility of his previous owners. Because leaving a dog tied up outside all alone is never a good idea, and it's even worse on a day like July 4, during which many frightened pups run away every year. He is hopeful that at least King will get a new chance in life. 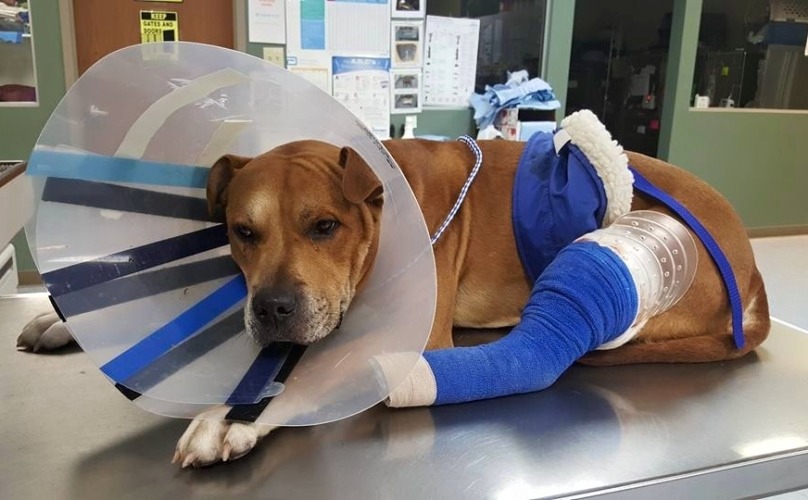 A nurse quickly came forward to adopt King and got the go ahead from Steffen – he is confident she's the best candidate, since she can of course change his bandages and help him with his rehabilitation. In a few weeks, once King has had a chance to relax a little and received some important behavioural lessons, he will join her home. And hopefully it will be for good this time:

Every dog deserves a good life. But King in particular deserves the opportunity to heal both physically and mentally from this trauma, and be placed in a loving forever home. King deserves a second chance because he never got a fair first chance.