After the death of Travis, their beloved dog in September 2016, Ryan and Lisa Hunter decided to wait a bit before welcoming a new four-legged companion into their home. But fate decided otherwise, reports The Dodo.

While they were parking their car, the Los Angeles couple spotted a stray dog walking a cross the street. Ryan tried to help him, but before he could do anything, the poor creature was hit by a car. The young man approached the animal to try and help him, but the terrified canine fled. 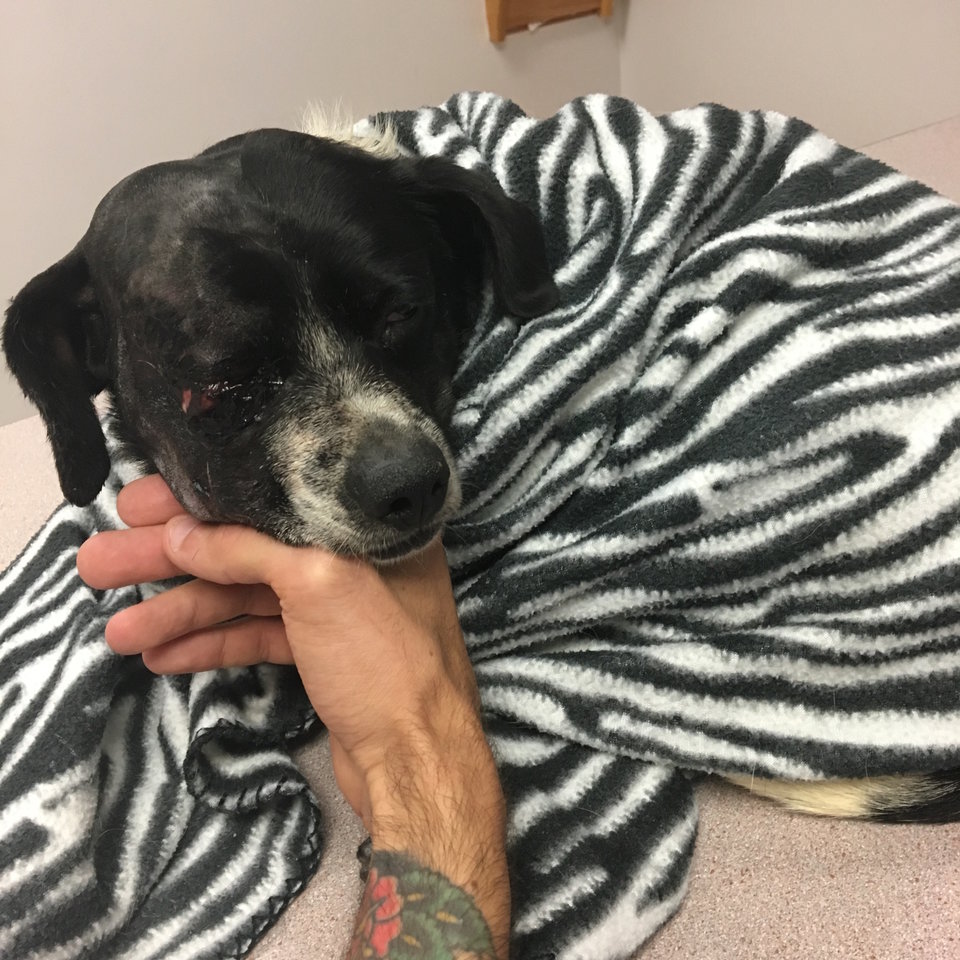 Ryan confided to The Dodo:

I chased him for blocks, through parking lots and back streets, and I eventually lost him. I went back to find Lisa and saw her flagging me down from about half a mile down a road that led to the entrance of the 5 freeway. I sprinted to her and she told me she saw him near the entrance to the 5. I finally found him sitting beside a tree about a block away.

The canine, later named Forrest, was severely injured, but still frightened, he tried to bite Ryan when he approached. The man sat next to the animal and little by little got closer, without any sudden moves, to gain his trust. Ryan finally removed his t-shirt, and put it around Forrest, then took him to the emergency clinic. 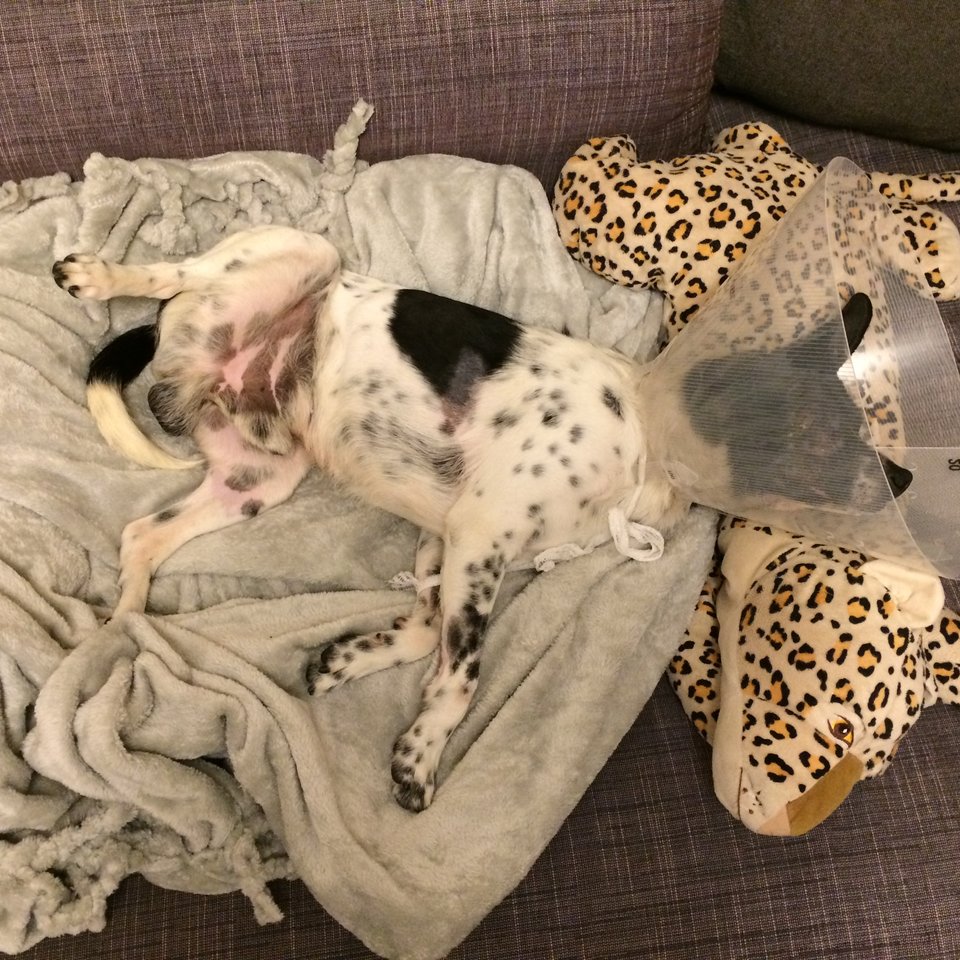 During the visit, the verdict was revealed. The veterinarians first announced to the couple that the dog suffered from a severe brain swelling, and that one eye was too damaged and couldn't be saved. Ryan admitted:

We were told there was a chance he wouldn't make it through the night.

Thankfully, the animal survived. The clinic director next told Ryan and Lisa that volunteers from a shelter were going to come get Forrest, so they could evaluate whether he was adoptable or not. He also confided that in general, animals with serious injuries like Forrest are often euthanized before being put up for adoption. 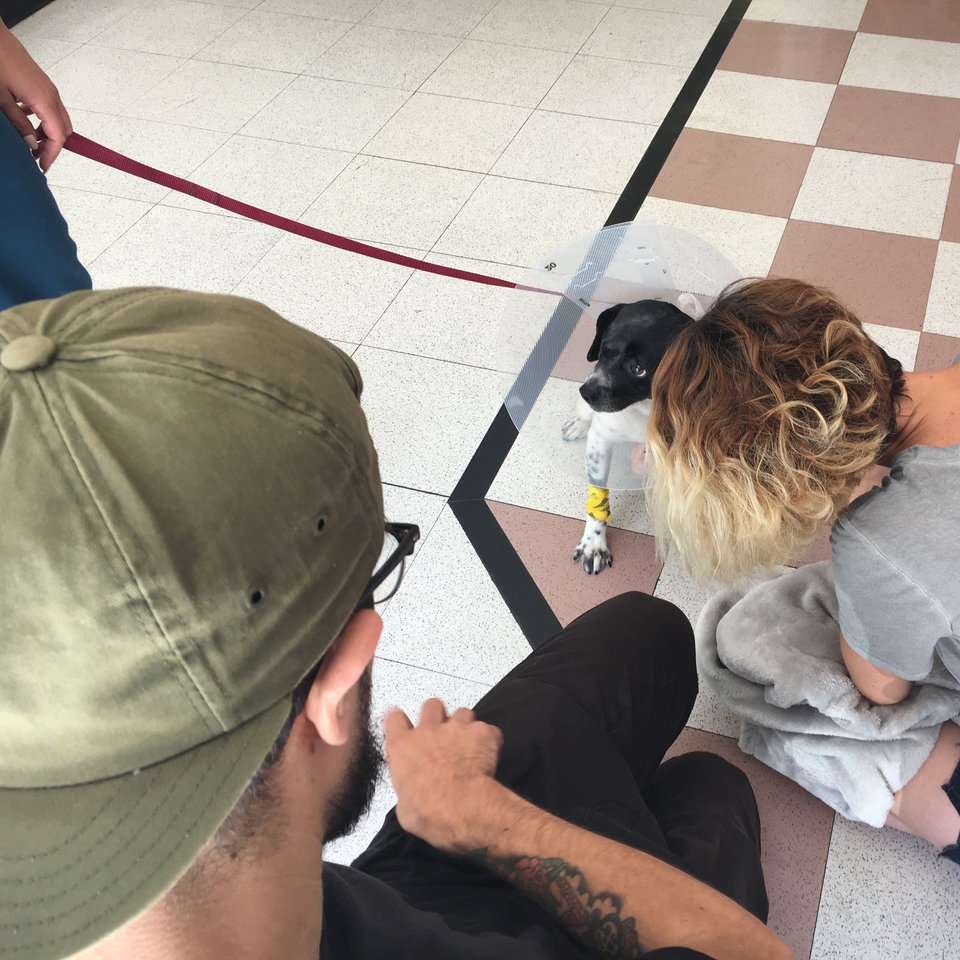 Ryan and Lisa then made an immediate and unanimous decision. Ryan explained:

Lisa and I lost our beagle in September last year, and he was blind, deaf and diabetic. We're very accustomed to dealing with dogs with special needs, so we felt like this was fate. 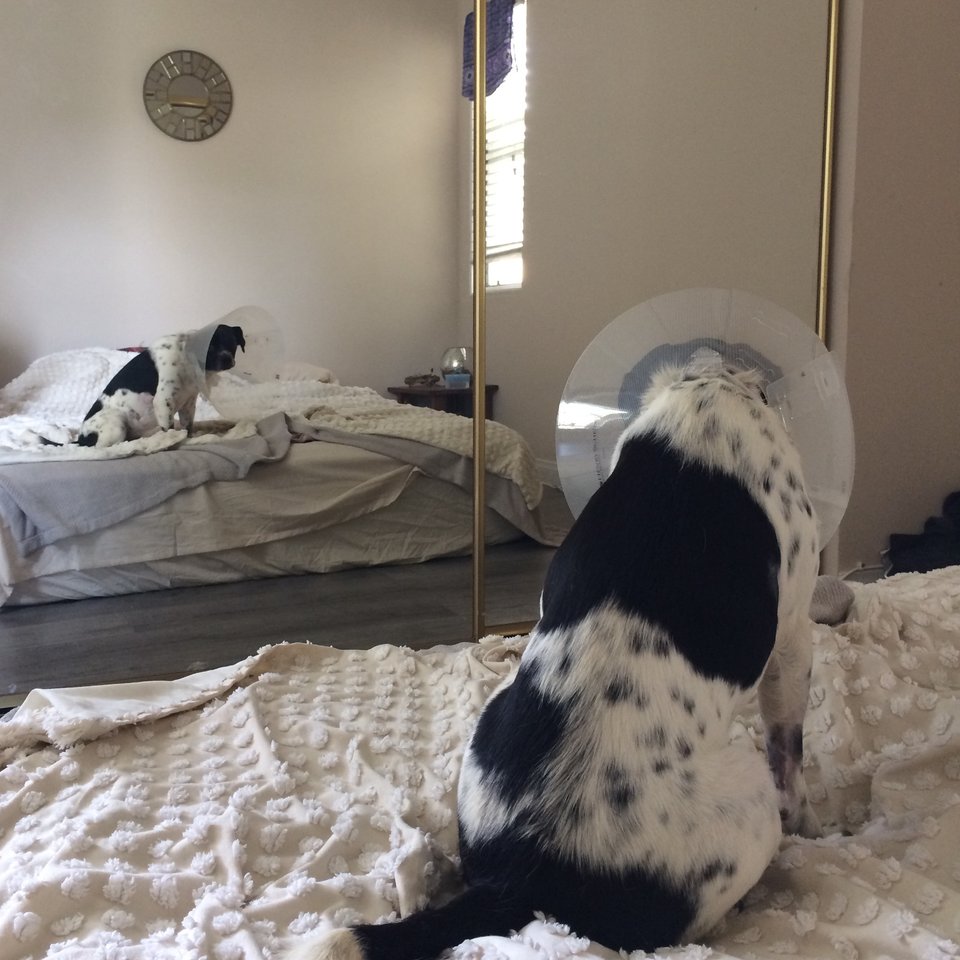 Forrest went back with Ryan and Lisa and got a chance to discover his new home. The dog remained terrified by all the newness around him, but little by little he learned to trust humans. Ryan explained that the adorable pooch is in reality "extremely affectionate, loving and sweet." 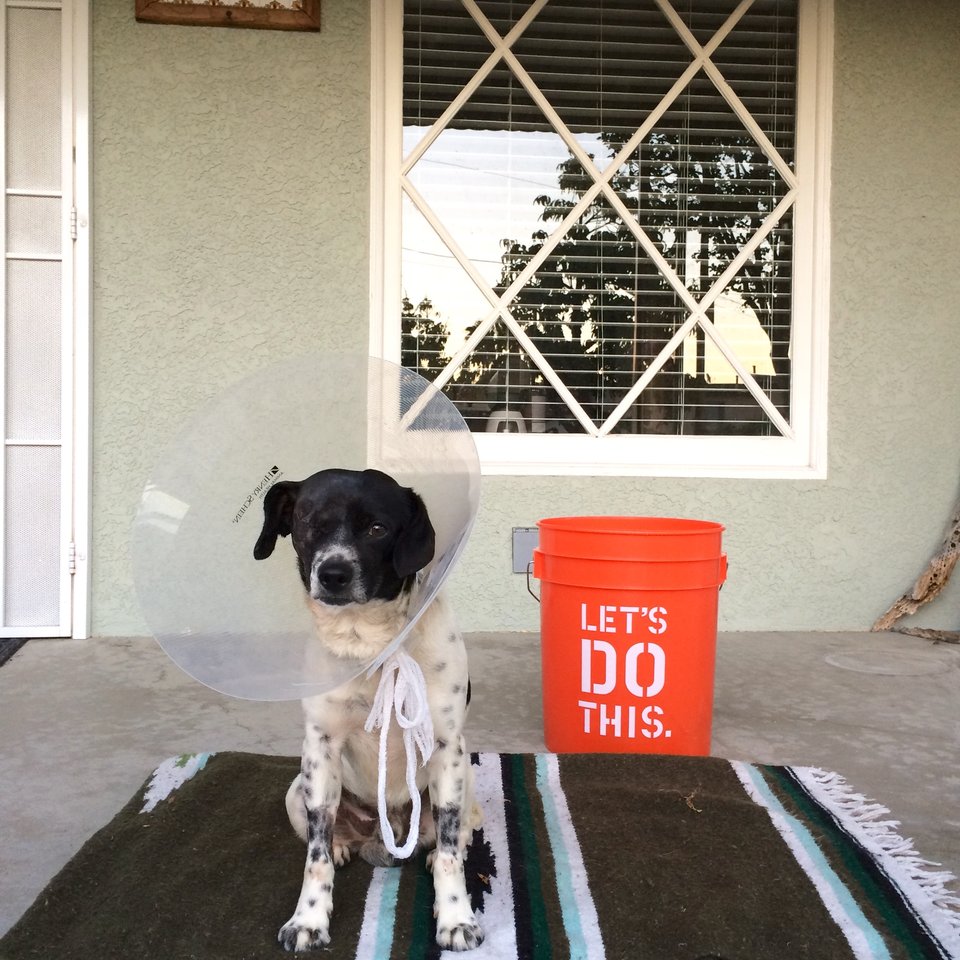 Forrest still has a long road to recovery. You can make a donation to help Ryan and Lisa take care of him by clicking here!