Tara's story is one like no other. After a rough life on the streets of Portugal, she was lucky to be taken in by the German organisation, Lucky Dogs, that tries to find street dogs from Portugal and Romania a new home in Germany.

Leaving her old life behind, she was taken to a shelter in Berlin and adopted. But her new family wasn't aware of her horrible past.

When Chris and Esther decided in November 2015 to become foster parents to a dog for a year, they were expecting to take in Fadder, an adult male. But on the morning of the adoption they received an emergency call asking if they could instead help Tara, the 1-year-old puppy from the Portuguese streets. 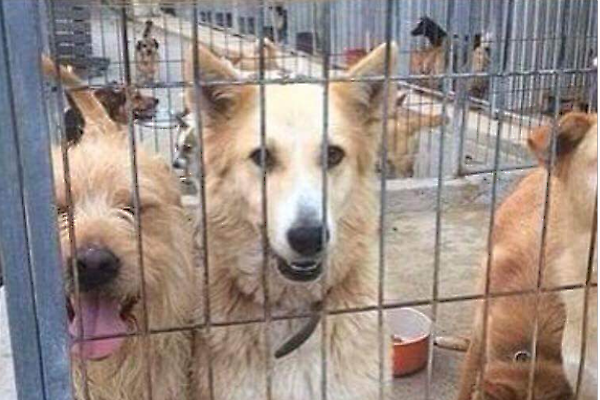 Since the couple had already decided to become a host family, they welcomed the dog into their home. Esther told Holidog Times in an exclusive interview:

We were told that she was a very severe case and might never trust humans. At this point we didn't know what she had been through. 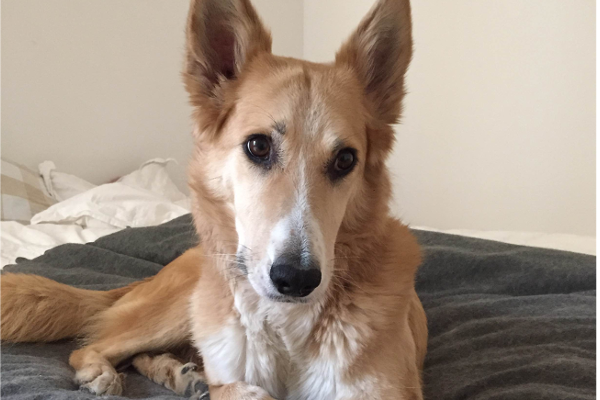 Tara's fur was dirty and matted and she desperately needed a bath. She also suffered from an eye infection, ingrown nails and ear problems. But Esther and Chris didn't hesitate to welcome her into their family, even with all her medical issues.

The longer Tara lived with the couple, the more they learnt about her. They found out that the pup was terrified of water because someone had previously tried to drown her and every time they opened the tap, she would run out of the room. They tried several approaches to get the dirty pup clean: Dripping warm water on her coat and even took her to a dog parlour. 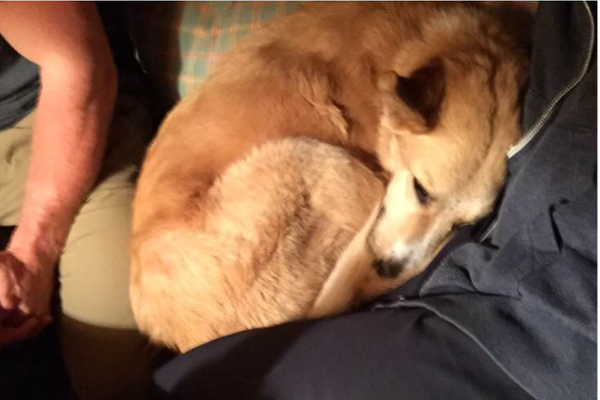 It wasn't until they took her to the vet for a check-up that they were able to wash her fur. Tara was put under anaesthesia thoroughly examined. They made a couple of shocking discoveries, the first of which being that she was in fact four and a half years old and not a puppy as they were initially informed!

The most shocking revelation, however were the X-rays… They discovered that the dog had 14 bullets in her body. Esther remembers:

I started crying when I saw the x-rays. She is the friendliest dog  in the world, which is so hard to believe if you know what she's been through! She just wants everyone to be happy. 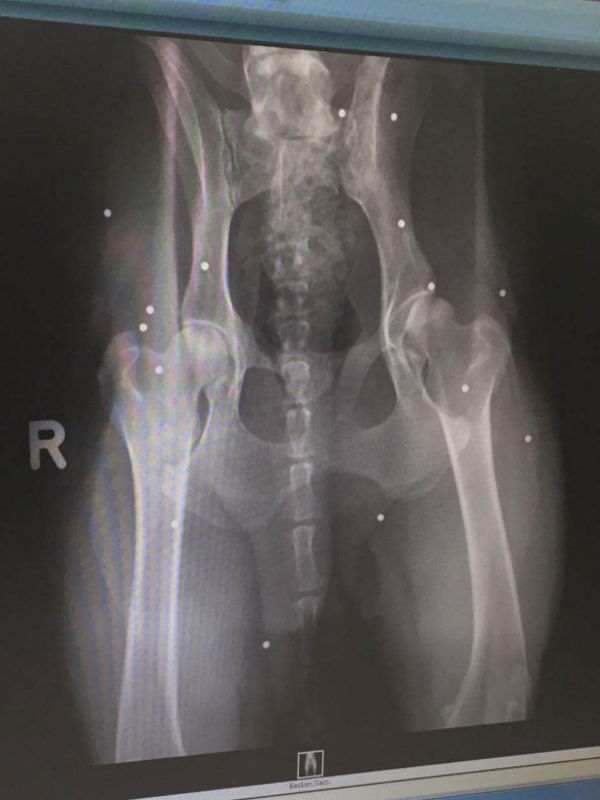 Having been diagnosed with a lot of allergies, Tara could only be fed horse meat and was put on medication right away.

The couple was very patient with her and the pup started to get used to her human family. She especially took to her new dad, Chris. During her recovery she got much stronger and gained more than 7kg.

The intelligent dog even learned to use the bathroom in their apartment. 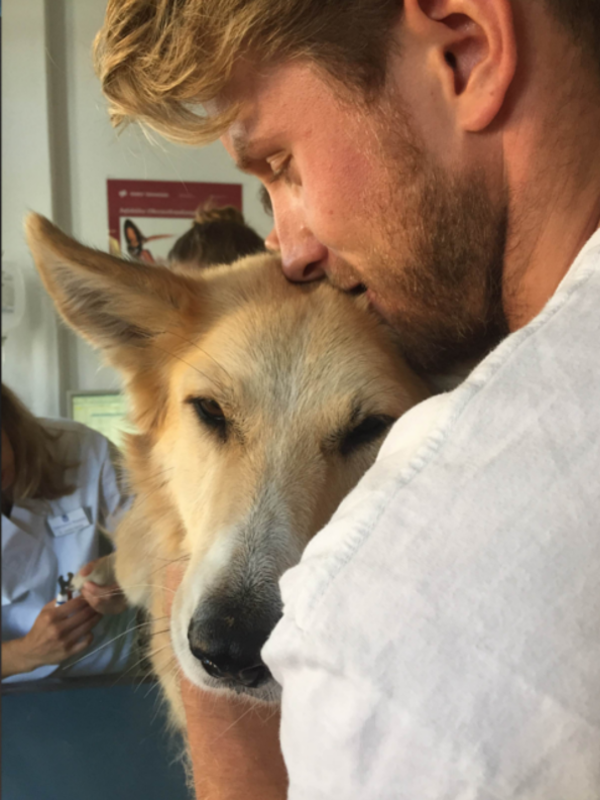 Both Esther and Chris are very involved in the German crossfit community and took Tara to the gym with them from day one. There the pup even "lifts" weights and becomes stronger and healthier day by day.

There are still some scars of Tara's hard life on the streets. She is still scared of loud bangs, doesn't like water and now that winter is on its way she's starting to lose her fur. From time to time, the couple still see a bit of stray behaviour in their beloved pup. Esther told the Holidog Times:

We always have to be careful that she’s not hiding food. She eats everything! One time I made her some rice treats and turned around. Next thing I know she wants to leave the room with a huge mouth full of rice but pretending, she didn’t take anything. 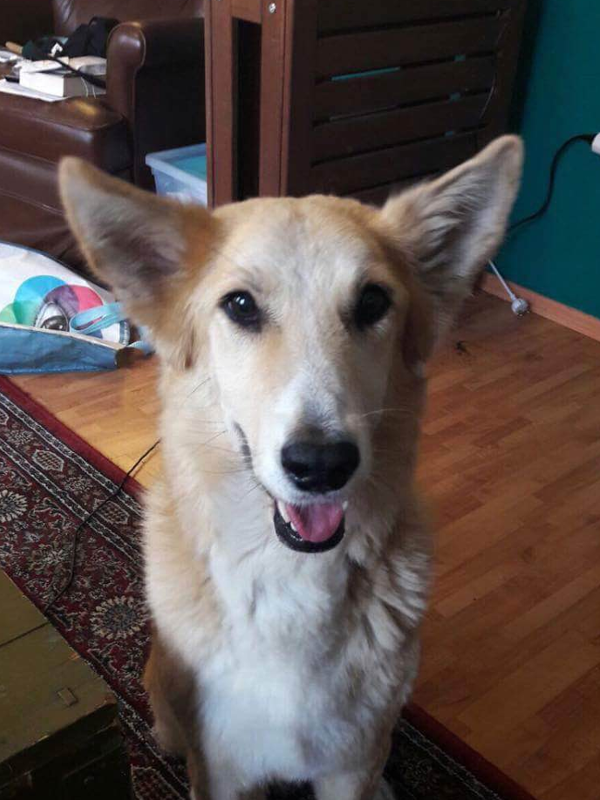 The most common conversation with their dog starts with: "Spit. It. Out!"

Since finding out that Tara is in fact already almost five years old, the couple has decided to keep her. Her life expectancy is not very high but the couple love her very much and want to give her the best life possible so that she can forget her difficult past. 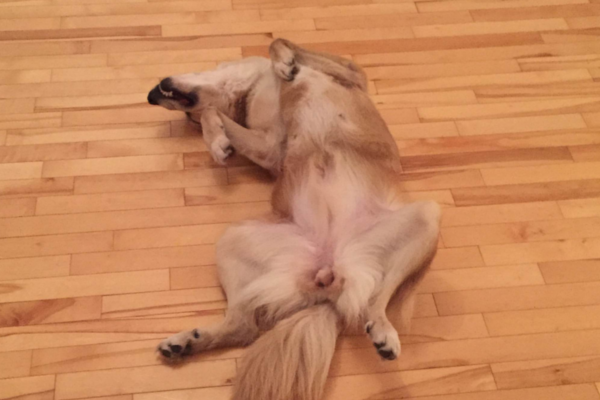 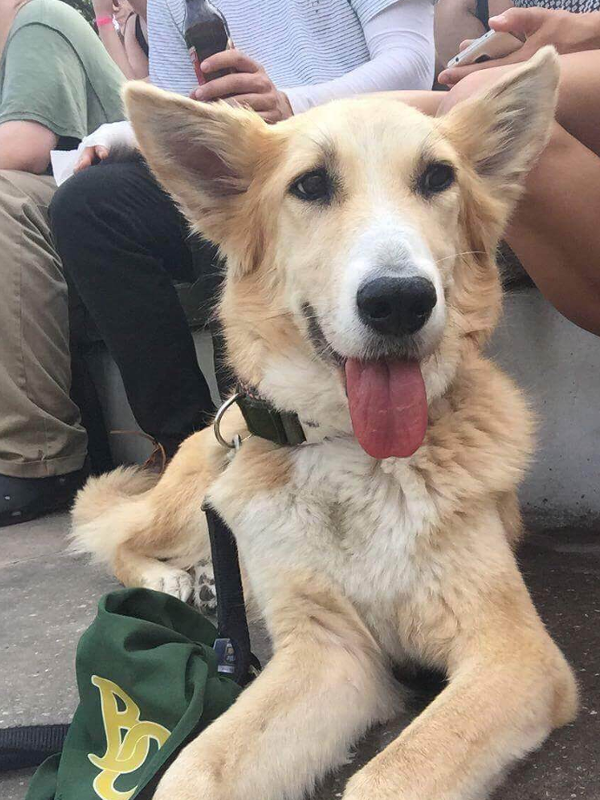 Tara has even become the mascot of their entreprise CrossBerlin and is well known in  the German crossfit scene, where everyone loves seeing her friendly face during their workout. Her parents call her their "little attention seeker" because apparently this pup poses for more selfies than any other German crossfit athlete!

Esther and Chris love having their furry companion as a permanent member of their team.

Many dogs in Lucky Dogs shelter are still waiting to be adopted. Here you can support the organisation Lucky Dogs and take a look at the dogs that are eager to meet their new forever families.