Lucy has come a long way. The adorable female Pit Bull, so full of love and kindness, owes her new life to the incredible work of the organisation SNARR.

SNARR is an animal rights group based in the US which works with numerous smaller organisations, most notably Egyptian ones, working to find families for cats and dogs with difficult pasts.

Last October, SNARR got a call about a dog in Egypt who had been badly mistreated. Upon arrival, the volunteers found a female Pit Bull who was undernourished and in a truly appalling condition. What was worse was that the dog had been violently beaten by her owner and left with a broken jaw. 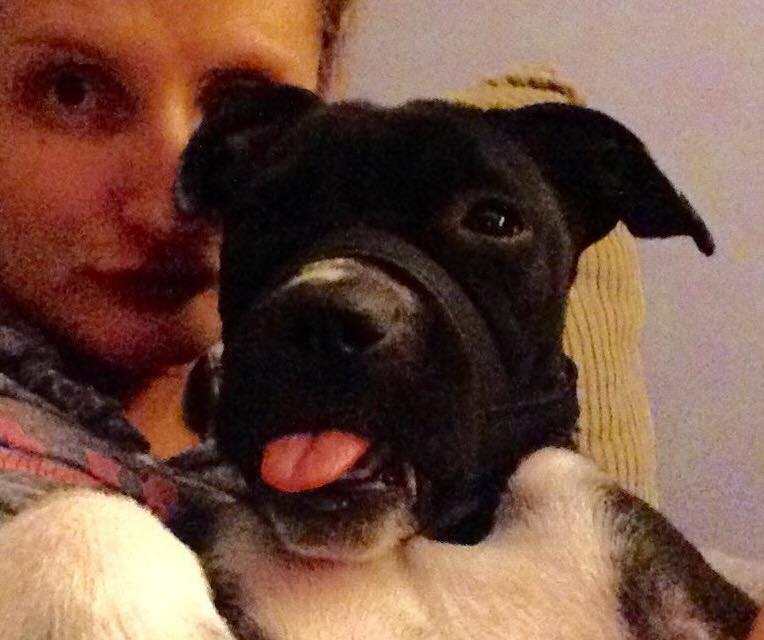 It was a particularly complicated situation for the Egyptian volunteers because the poor animal's owner was none other than…the landlord they shared a property with.

Having unsuccessfully asked the landlord multiple times if they could take the dog into their care, they went back to SNARR.

With the help of this organisation, they organised a very unusual, very risky rescue operation. Their plan was to get the dog out of the property and send him to the US where she could be looked after and find a loving family.

Lauren Connelly, a member of SNARR, tells the Huffington Post:

The shelter had to be very careful when getting the dog [off the property]. If they made the man mad, then the shelter couldn’t exist. 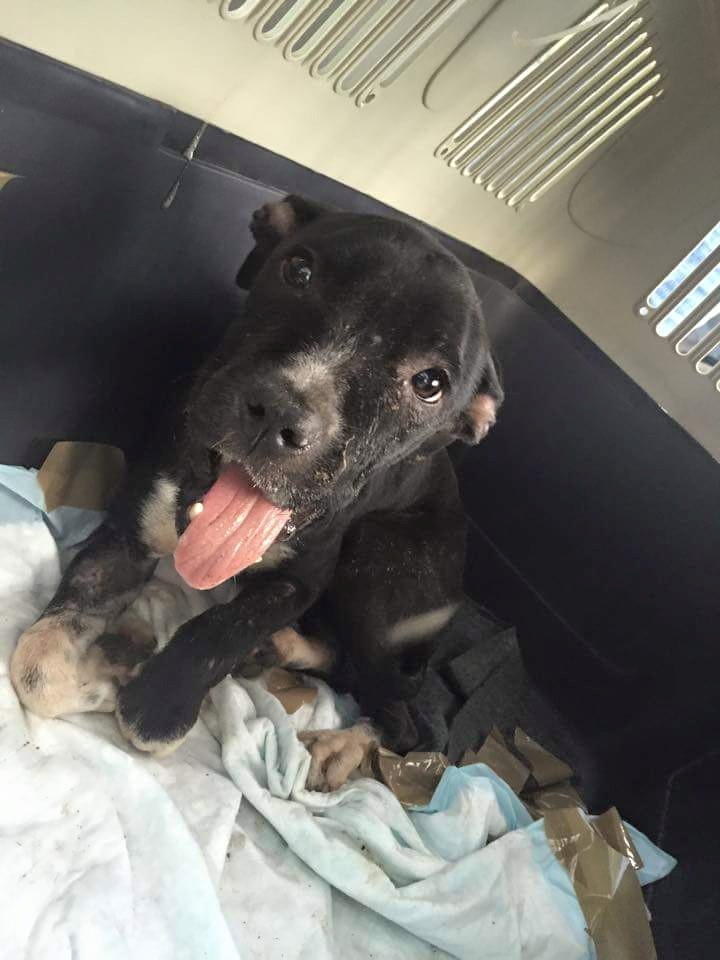 The volunteers waited for the landlord to go out, hurrying to get the poor dog out of there and straight to the airport. When the landlord returned, the volunteers told him that the dog's injuries had sadly got the better of her and there was nothing more they could do.

And the man clearly believed it – according to volunteers at the shelter, he never questioned this version of the truth.

This marked the beginning of a long recovery for the dog who was renamed Lucy. 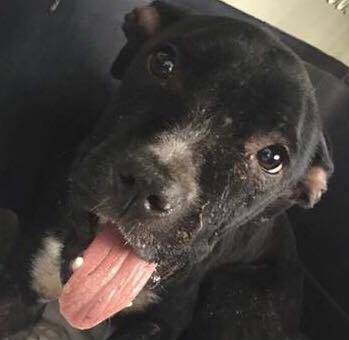 But upon arrival in Philadelphia, her health declined even further: the injury to her jaw was badly infected.

The smell of [Lucy’s] infection would turn your stomach, it was awful. Her jaw was so painful, she couldn’t eat. We had to make dog food soup so she can lick it up with her tongue.

Under the vet's care, the young female went through several operations to regain full usage of her jaw. She spent long weeks on antibiotics. 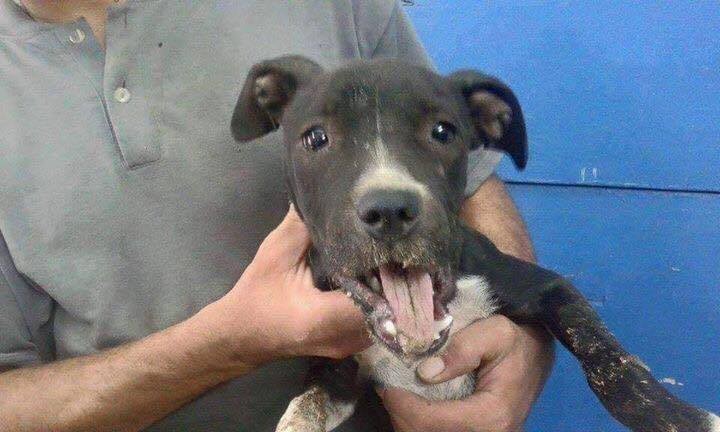 It's been more than eight months since, and Lucy has miraculously had a full recovery. "She’s just like any other dog now. You’d never know that anything had happened to her", says Connelly.

This is Lucy our little girl we flew in Sunday from Egypt that was beaten by her owner shattering her Jaw.. she will have surgery Monday in an attempt to repair it and if unsuccessful the bottom jaw will have to be completely removed . The estimate to repair is 3500.00 including CT scan … Please help us as you can see in spite of all the abuse she has suffered she is a trusting and loving girl that is loving life here in the US … donations towards her care can be made thru our website snarranimalrescue.org via PayPal using email snarr_1@yahoo.com or mailed to PO Box 313 Saint Martinville La 70582 payable to SNARR

In spite of her tragic past, the dog never lost her enthusiasm for life. Though she is still a little shy and nervous, she is one of the most affectionate dogs you can imagine since she got her confidence back. 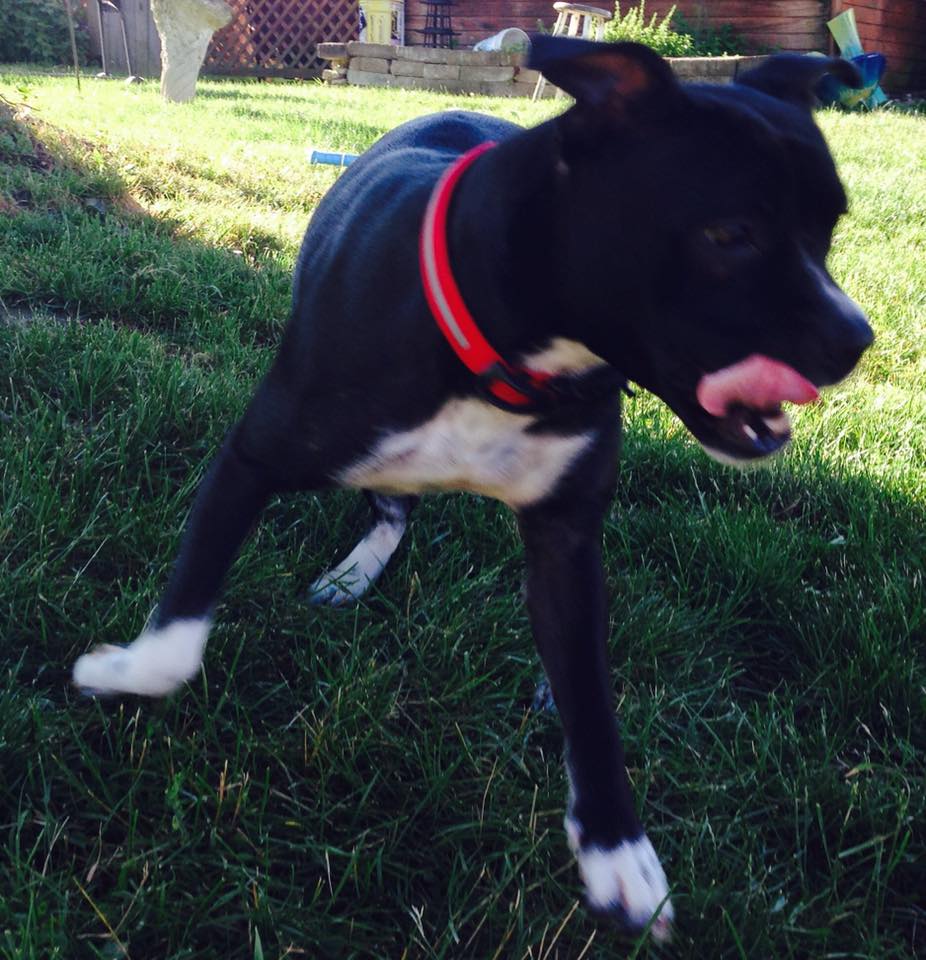 The volunteers who looked after her during her recovery gave her the nickname "Licky Lou", referring to her generosity in this department!

If you are reading this from the US and would like to offer Lucy a second chance at life, get in contact with SNARR here.