Early in the morning, a man and woman approached the shelter Animal Haven, still closed, to leave a cat carrier in front of the door.

One hour later, when the volunteers arrived, they discovered two animals, lost and terrified, incapable of understanding what happened to them.

They appear to be Russian Blue mixes. 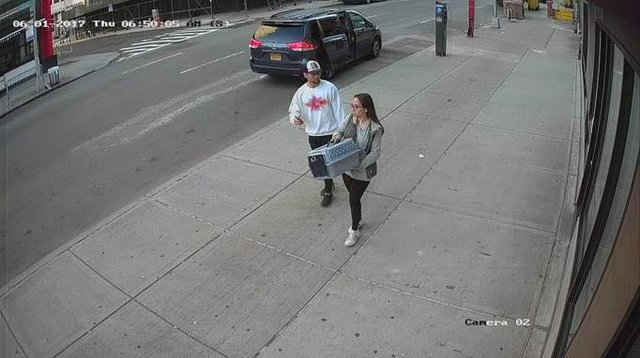 Clearly, we were not open and they knew what they were doing.

While the volunteers can try and understand the situations which could push a person to abandon their animals, leaving them in the middle of the street is extremely dangerous – and shows an obvious lack of courage. The shelter added on their Facebook page:

Someone may take the animal to be used as bait for dogfighting. There is also the risk of them being tortured for 'fun' by some terrible people. If you love your animal at ALL, abandoning them outside any facility without knowing they will be taken in and cared for by the right people is just cruel.

Thankfully, the two cats were found in time. We can only hope that they find a new home quickly which will treat them with love and respect.