Although they weigh several tonnes and have thick leather skins, elephants are not immune to the cold. Seeing as this majestic animal is threatened, a group a of woman from a village in the North of India decided to knit giant, wool jerseys for the elephants, so that they could spend the winter warm and dry. 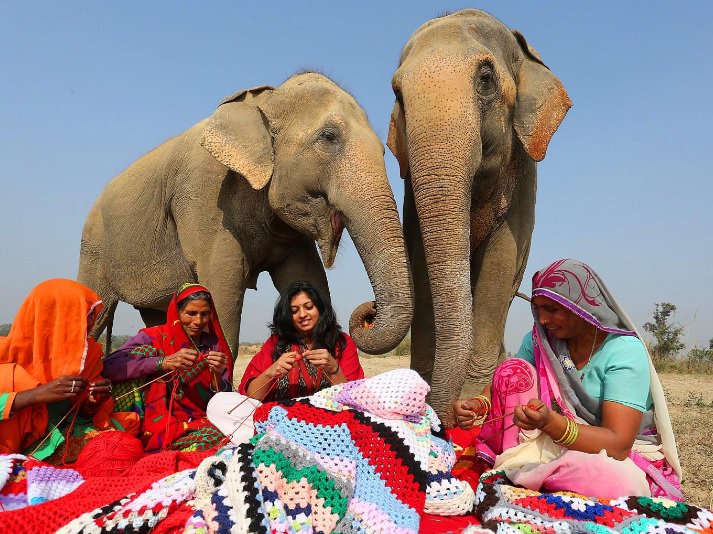 At the beginning of the year, in the state of Uttar Pradesh, it was below freezing. Such cold temperatures are not ideal for certain animals, who are not adapted to it, particularly the elephants. While their thick skin effectively blocks sun rays out, it cannot block the cold.

This is the reason the women in the village started a knitting group, at the request of the elephant protection sanctuary, Wildlife SOS Elephant Conservation & Care Centre. 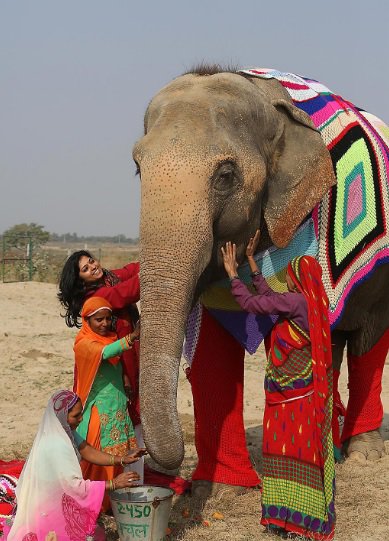 Kartick Satyanarayan, the founder of the elephant sanctuary, told the Times of India :

It is important to keep our elephants protected from the bitter cold during this extreme winter, as they are weak and vulnerable having suffered so much abuse making them susceptible to ailments such as pneumonia. The cold also aggravates their arthritis which is a common issue that our rescued elephants have to deal with. 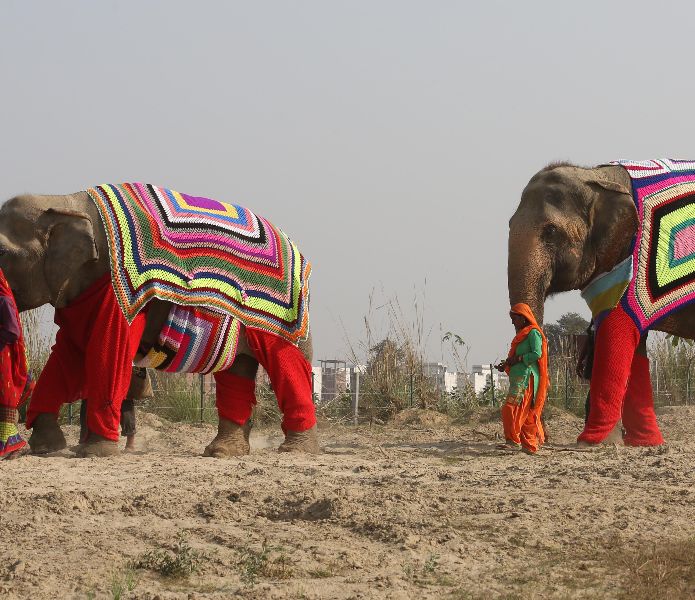 All the elephants at the sanctuary were rescued from illegal trade, exploitation in circuses or tourist attractions and have very tough lives behind them.

So the initiative is also symbolic of their newfound freedom, love and happy home. The bright colors and fun patterns on the sweaters show the joy in their new lives and also celebrate the elephants as sacred, which they are considered in India. 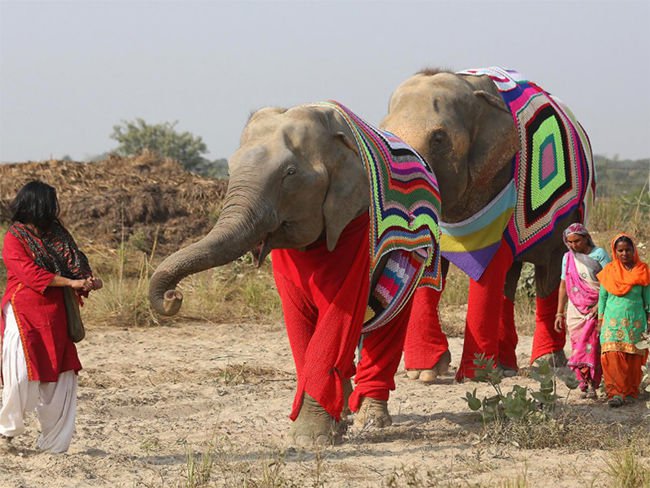 Thanks to Wildlife SOS Elephant Conservation & Care Centre, the elephants will not be cold this winter and never have to worry about being badly treated again. To support their volunteers, click here.