For the dogs living on meat farms all over the world, it is a harrowing and frightening experience that can often leave them scarred, long after their rescue.

This period of their lives makes such a huge impact, but so do the small comforts that they experience during their time there.

That's why when Kenji and Sophia spent their formative puppy years consoling each other as best friends while trapped on a meat farm in South Korea, they were never able to forget the other, reports The Dodo. 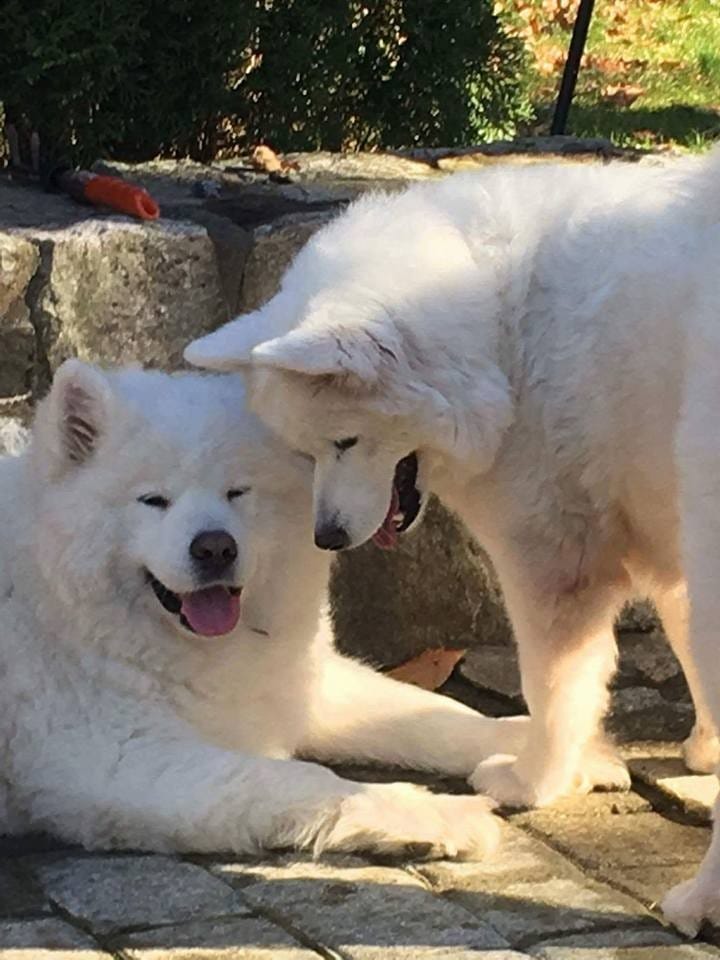 The duo were both saved by an organization called Jindo Love and brought to the United States.

However, once there, they were separated into two different families. Kenji ended up in Massachusetts with the Goldstein family.

He's the sweetest dog. He's so calm and affectionate, and loves attention and belly rubs. When he's excited, he lets us know with his deep howls. 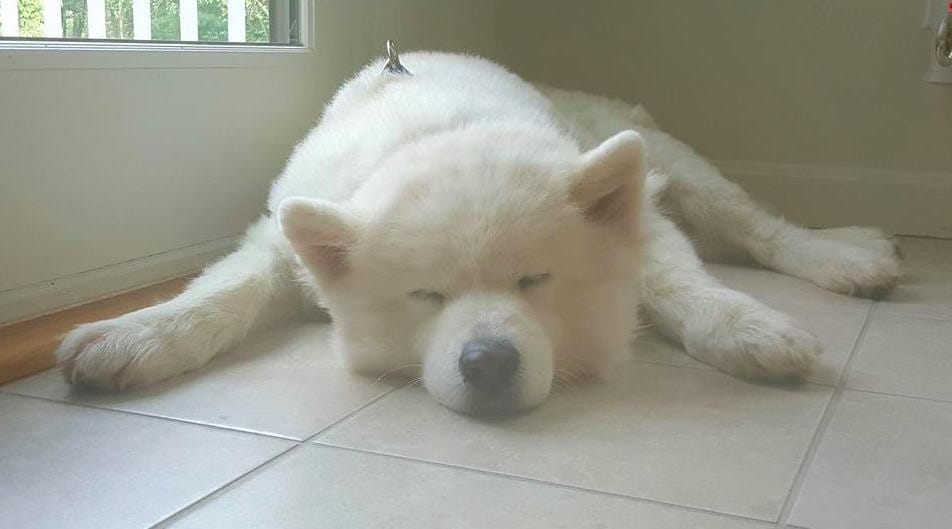 The one thing that seemed off, was his ability to interact with other dogs. He was great with humans, Kenji loved everyone, but he was just not able to make the same connection with canines.

The Goldstein's had heard about Sophia, and made plans with her family to reunite the two best friends. They were worried that the pair wouldn't remember each other, but, boy, were they wrong. 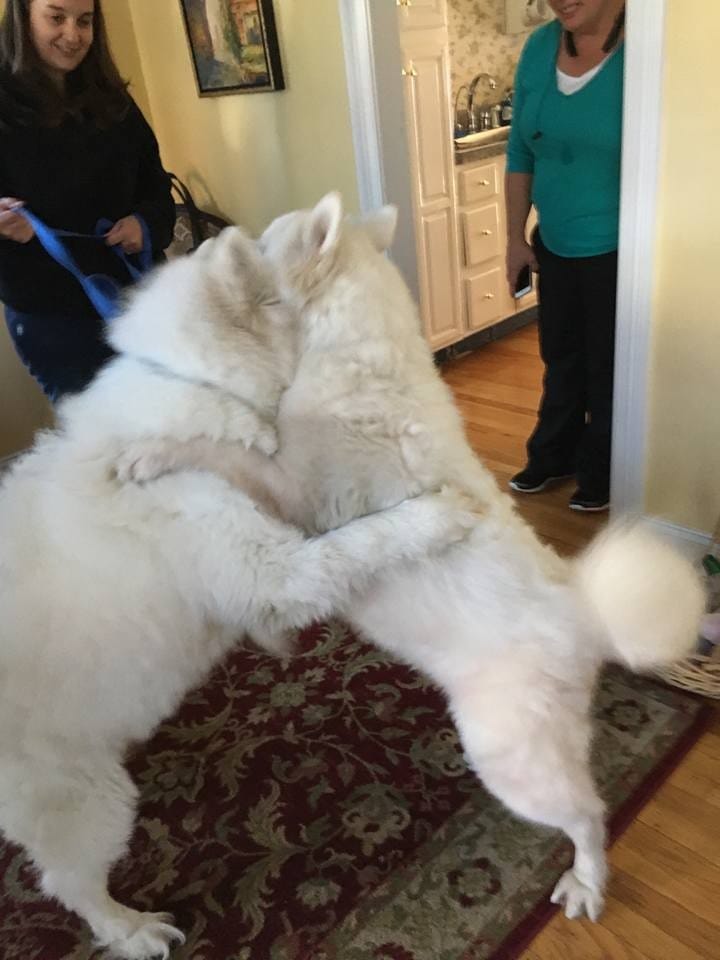 When he saw Sophia, it was obvious they remembered and loved each other. He's not great with other dogs but it was clear he loved Sophia!

The doggy duo was so happy to find each other again. They hugged and played all day long, obviously thrilled, like they had never been apart.

The beautiful story of their friendship is only dampened by the dark backstory that created it. To help make sure that more of these dogs end up safe like Kenji and Sophia, you can sign this petition to end the dog meat trade in South Korea.