Last year, Keila Edward, and American living in Kentucky, saved a baby racoon who was at most four weeks old. Without his mother, and hit by a car, the baby had little chance of survival without the intervention of Keila, reports The Dodo. 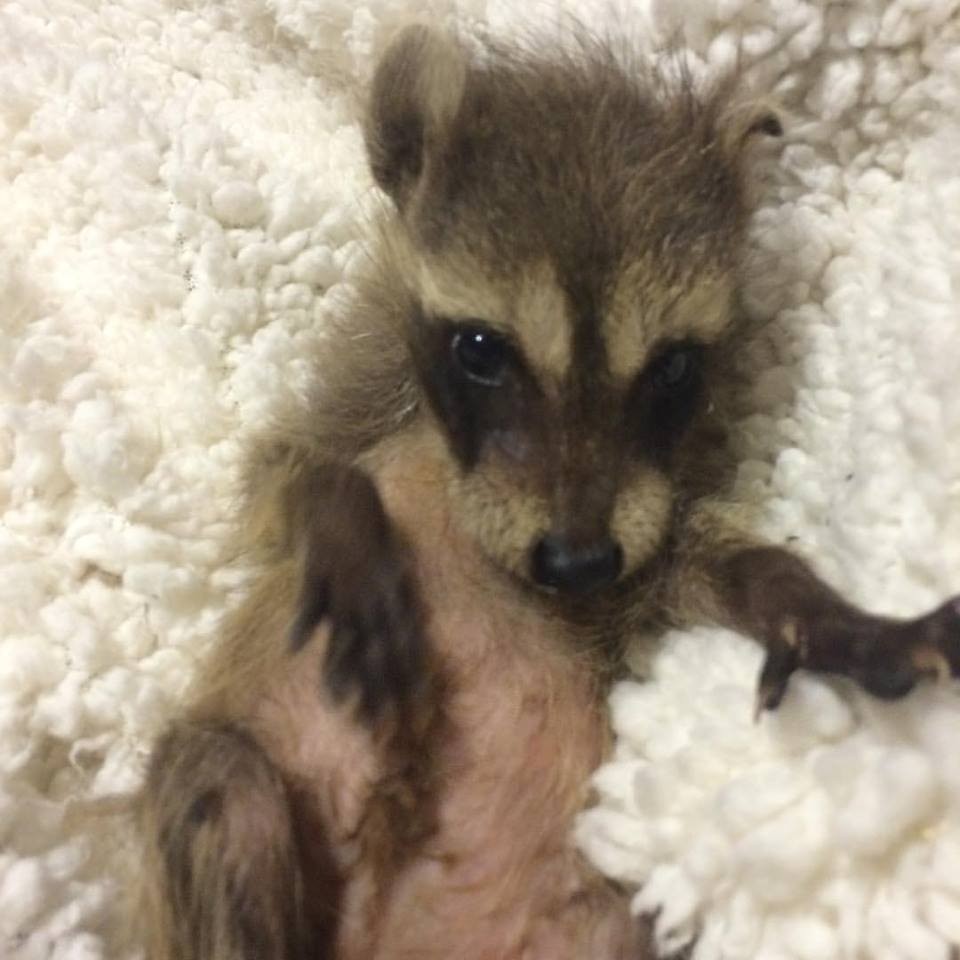 Sadly, the racoon, called Chance, did not escape unscathed from the accident that took his mother: his spine was broken on impact, and his hind legs were paralized. Keila never expected that her cat, Stinky, who she also adopted as a baby, would help the animal. The cat stays close to Chance and protects him, bringing the greatest happiness to their human. 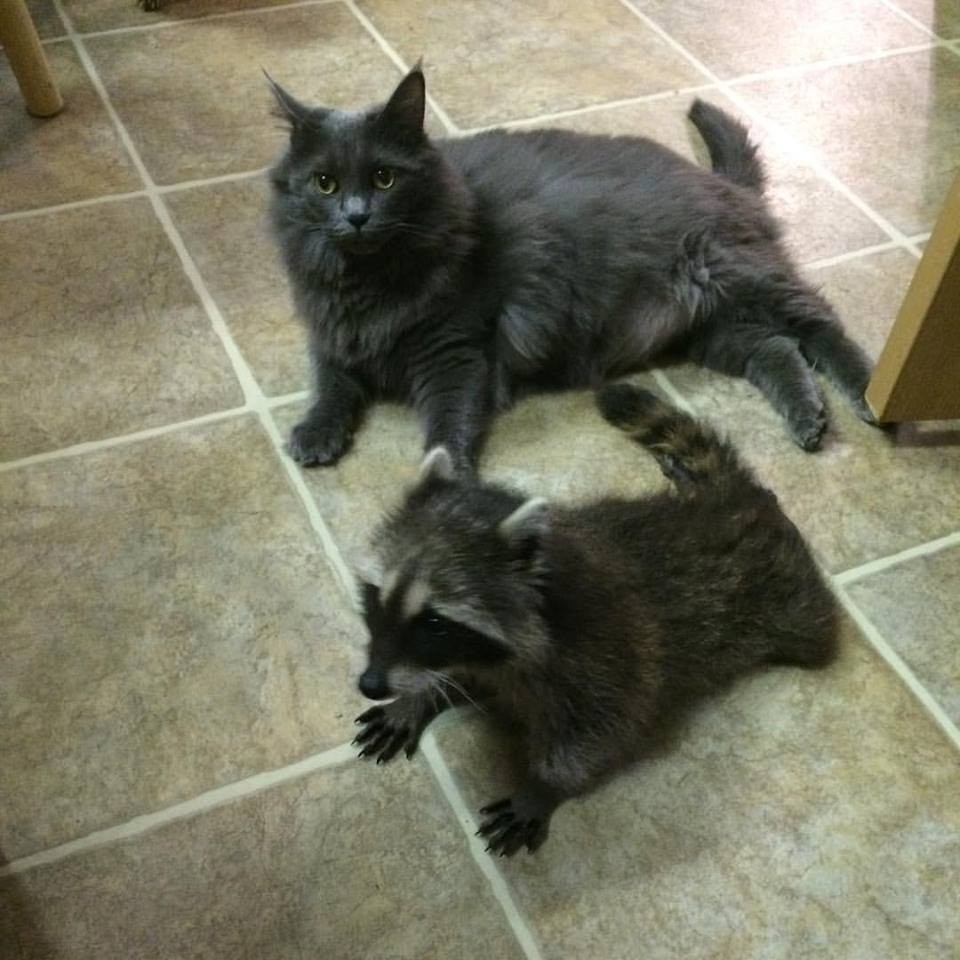 But even more surprising is the incredible bond between Chance and the two pigs, Albert and Gilbert, who Keila rescued not long after the arrival of Chance. The two piglets seemed to understand the struggles of Chance right away, and just like Stinky, decided to help him. They showed him that his differences were not important. Keila explains:

Those pigs seek out the raccoon in whatever room he is in. Both drag [their legs] beside him like he does. 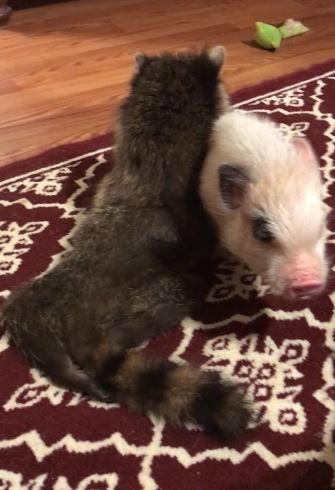 Even though he is surrounded and supported by his best friends, Chance has to face some of his challenges by himself. He will never be able to walk on four paws, and Keila would have loved to give him a little wheel chair to help him, but it turns out he can't stand them. 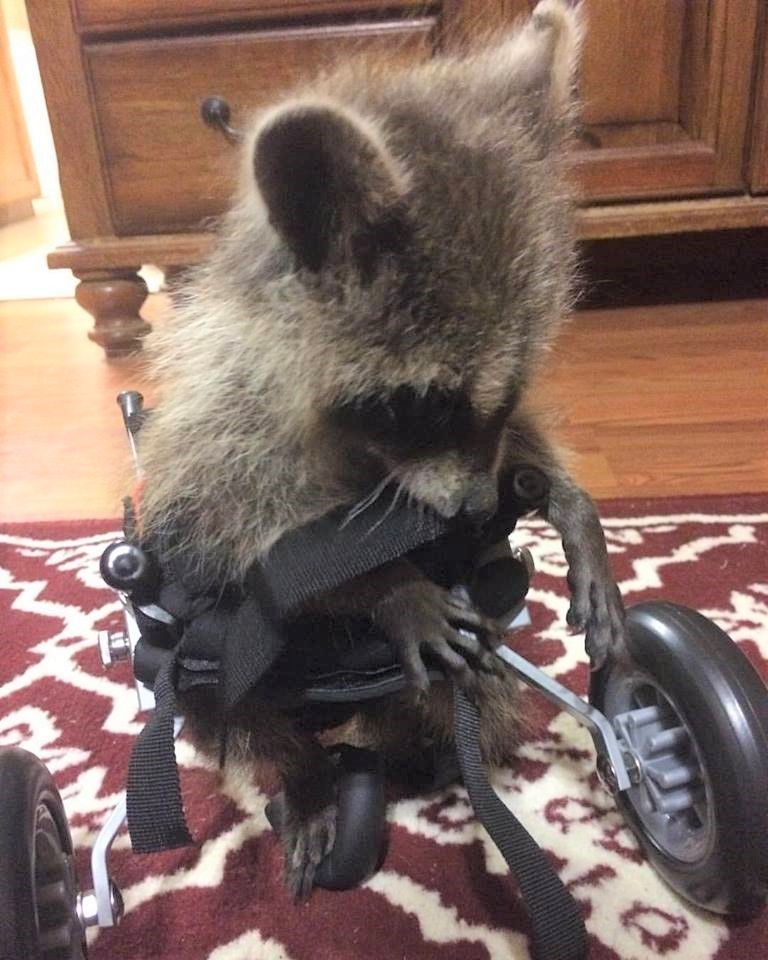 Chance also hates wearign diapers. Keila refuses to keep him in a cage, so she just cleans up any of his accidents in the house. On the positive side, the racoon loves baths and has no problem plunging into the water to let himself be washed. 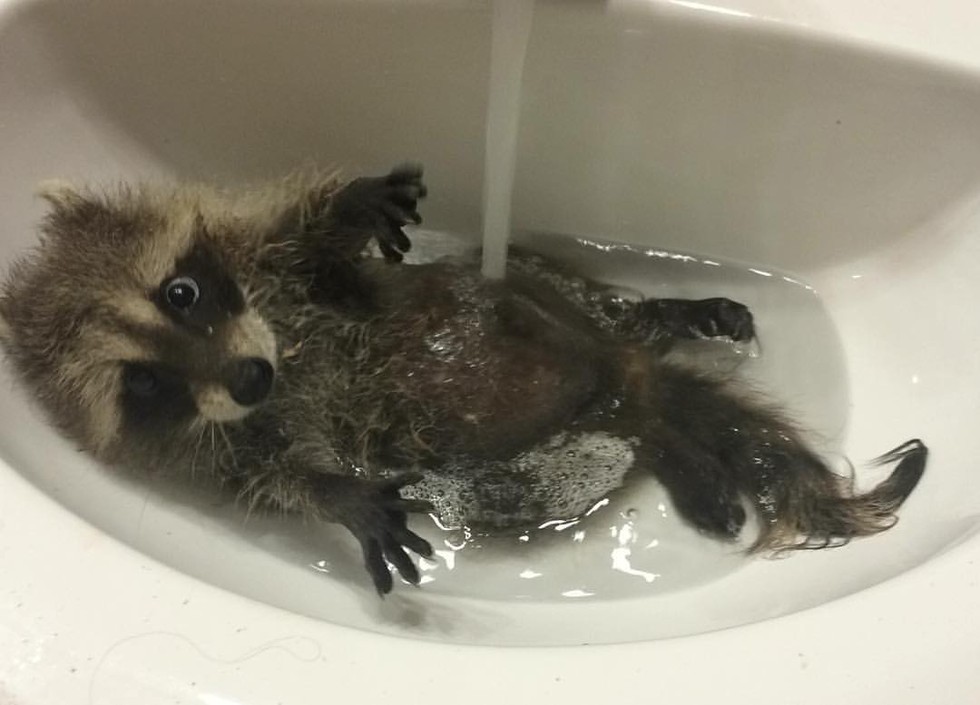 Despite a few issues, Chance is enjoying life. He loves his toys, which he has quite a few of. His human said:

He knows when you come in from the store and hears the bags. He comes running to see what toy you bought for him. 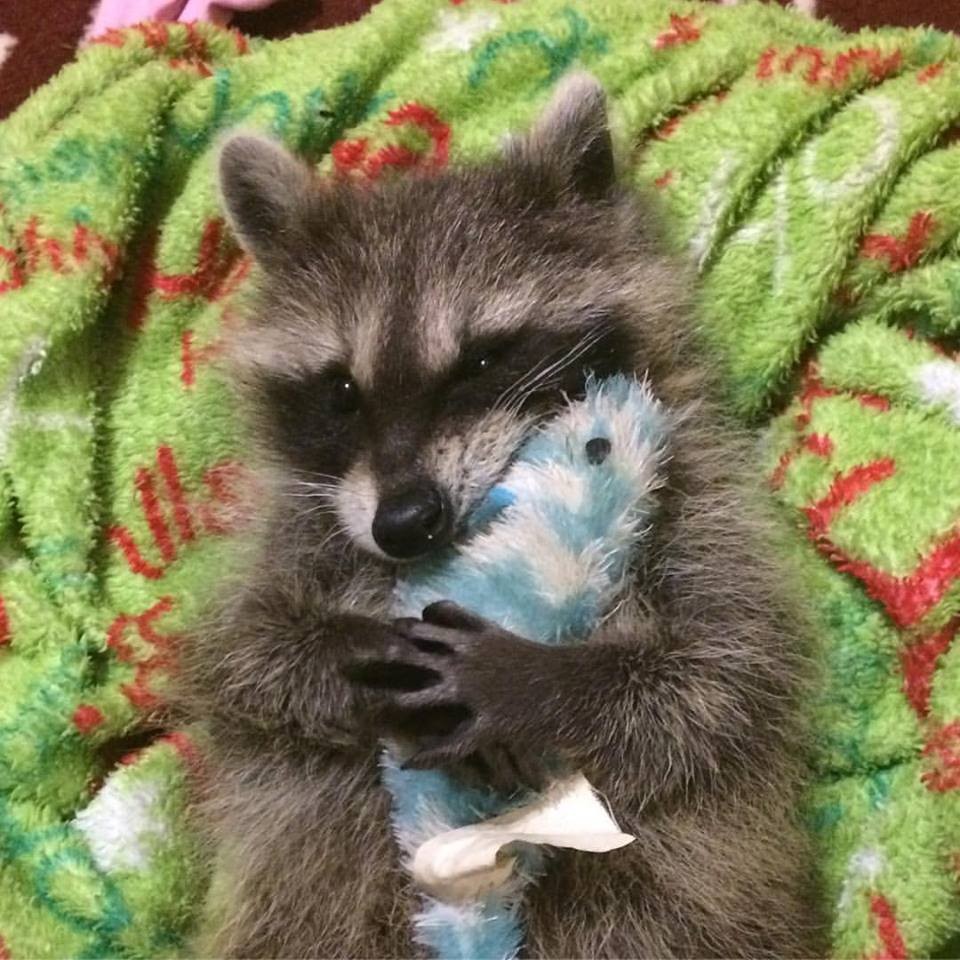 Keila admits that Chance is a spoiled little racoon, and that she doesn't refuse him much. She explained:

Every morning and night he gets his cooked chicken and ground beef, and at lunch he goes for Stinky's cat food.

Chance lives a lavish life, filled with affection from his human and his best friends, far from the traumatism from the beginning of his young life.