In the Annamite Mountains between Vietnam and Laos, there remain fewer than 100 of these extremely rare and illusive animals.

No biologist has ever managed to see one in the wild. And they were only discovered as a species in 1994, when a very unusual-looking skull was found at a local hunter's home.

It's called the soala. A deer-like animal, the saola is so extremely rare and so shy that it has been dubbed "the Asian unicorn." They are recognisable by their two long horns.

Though there are camera traps set in the forests where the soala live, they haven't been photographed since 2013.

William Robichaud, coordinator of the Saola Working Group (SWG), remains one of the only people ever to have see one in person. He described the unforgettable moment to The Dodo:

Given that it was the first (and pretty much still the only) adult saola seen by the outside world, I certainly had a sense of the significance […] Awe pretty much took over — she was so beautiful, and possessed of such a calm nature. 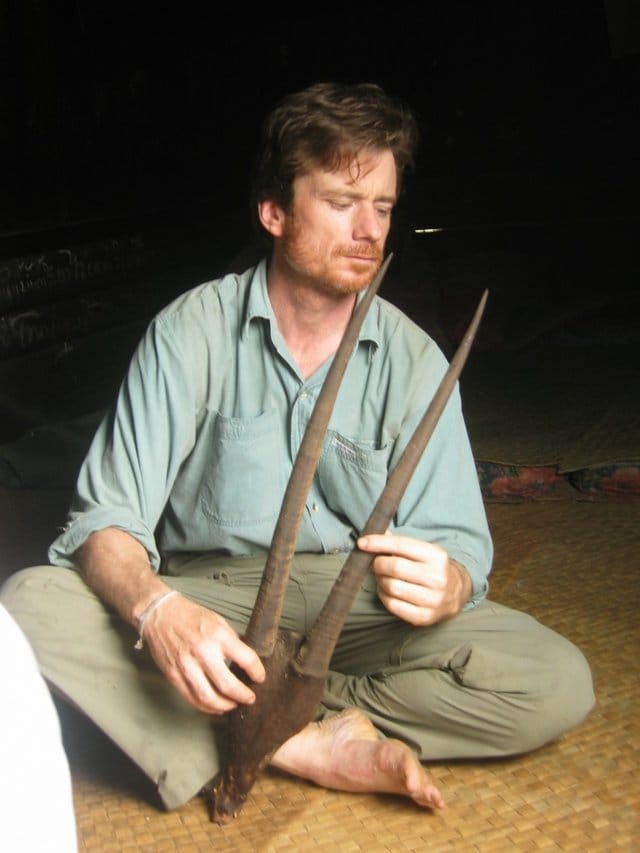 SWG is teaming up with the Global Wildlife Conservation (GWC) in an effort to save these beautiful and mysterious animals.

The saola is threatened by snare traps which are set for other animals in the forests which make up its natural habitat.

Lindsay Renick Mayer, associate director of communications for the GWC, told The Dodo:

We are hopeful that we are not too late to save this species from extinction, and while the IUCN estimates that there are fewer than 750 individuals left in the world, that number may in fact be fewer than 100. 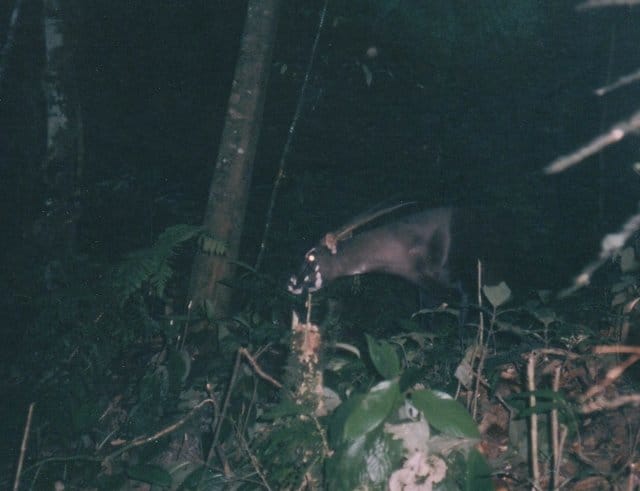 A picture of a saola from a camera trap in Laos, taken in 1999. Source: William Robichaud

Scientists are working to remove snare traps from known saola habitat, a search is being carried out for a pair of saolas fit enough to start a family in a breeding centre.

Given how shy and illusive the animals are, this is no small task; but it is the only feasible way to increase the population.

You can support (this organization) and the incredible work they do by clicking here, making a donation and helping them to continue saving animals.