In Belgium, the visually impaired can now rely on miniature horses to accompany them throughout their daily routine. An alternative to guide dogs which is rapidly becoming more popular. 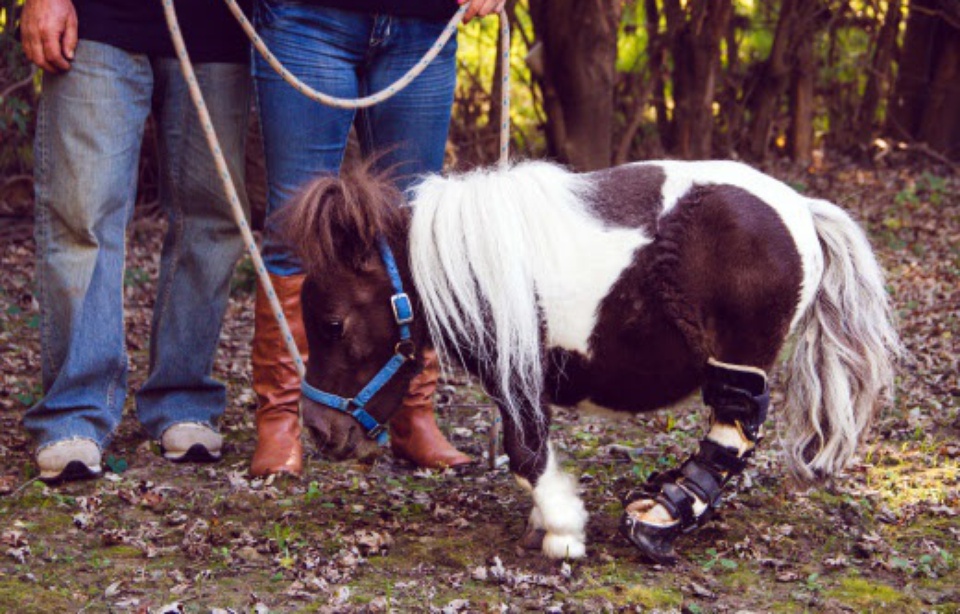 In Bruges, Monique Van Den Abeel, a partially-sighted person, decided to test this new craze. She is today accompanied by Dinky, a miniature horse. 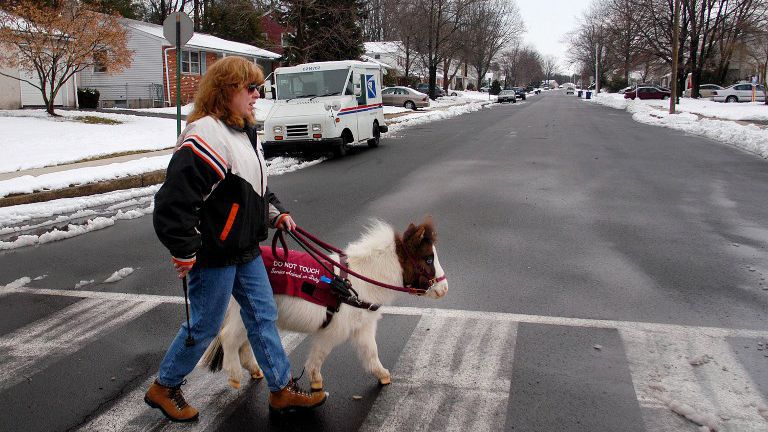 This initiative, created in the USA at the beginning of the century, has also been implemented in the UK, even though miniature horses are quite rare there. 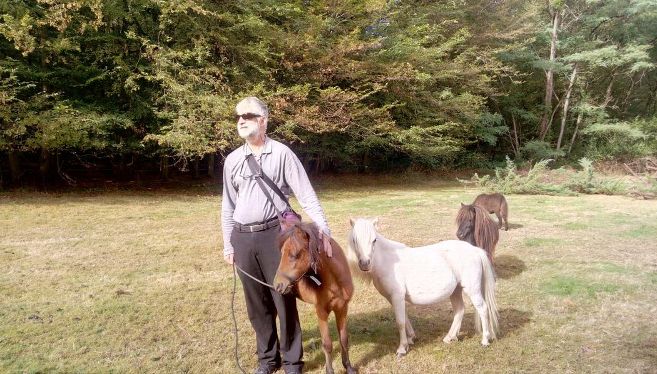 Jean Bouissou, trainer at an estate in France, and himself deaf and blind, explained to French newspaper Echo Républicain:

This practice has existed for a long time in the United States where a thousand horses already accompany blind people. I thought we could test it here in France. The work is done through several exercises: walk side by side, respond to orders (stop, walk…), learn to avoid obstacles and protect your master in case of danger.

He points out that miniature horses are not intended to replace guide dogs, but rather to complement their work by helping, for example, the visually impaired to move around the street. According to him, living alongside these animals could have a very beneficial effect for people with disabilities.

I bet that this work with the mini-horses will accelerate the process of communication and integration of many people like the mentally handicapped, autistic or people with Alzheimers.

The training of the mini-horses should last about two years, but it's a challenge that Jean is ready to take on.