The thought of paying to be caged up sounds like a terrible idea to most people. But that's exactly what others do at attractions in Miami, New Zealand and China! 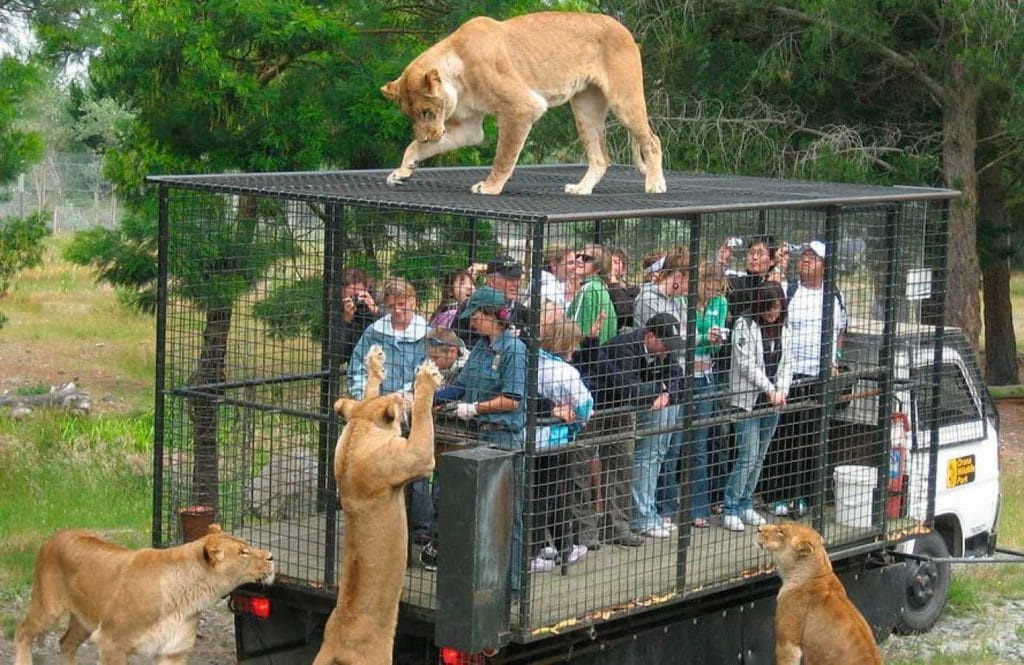 At the Orana Wildlife Park in New Zealand and the Lehe Lehu Wildlife Zoo in China, visitors are driven through habitats in cages, which are approached and inspected by the most ferocious of 4-legged visitors; lions and tigers.

The specially modified vehicles allow tourists to observe the animals up close in a safari-like setting, rather than behind bars in much smaller cages, allowing the felines to live in a far bigger and  more natural habitat than if they were in a more traditional zoo. Snacks are provided too – although only for the big cats. 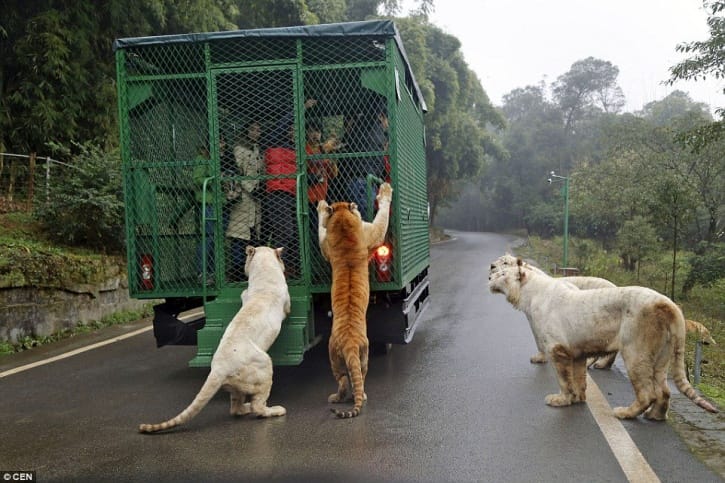 Although the Chinese park has been described as "an accident waiting to happen", as it is the visitors themselves offering meat on sticks to the animals, the New Zealand counterpart treats the experience more as a traditional animal feeding attraction, with a professional keeper being the only one to handle and offer the lions food. Both parks have also assured the media that health and safety is heavily emphasized and followed.

Meanwhile, at Monkey Jungle in Miami, Florida, members of the public can walk through the 'only semi-natural rain forest in North America' to see three different species of monkey. According to the website:

The monkeys that live here roam as they please – with no direct control by humans. Visitors, students and researchers can observe monkeys behaving as they would in the wild, without having to travel to distant lands. This makes our Rainforest a great place for scientific study and training ground for young scientists and conservationists. 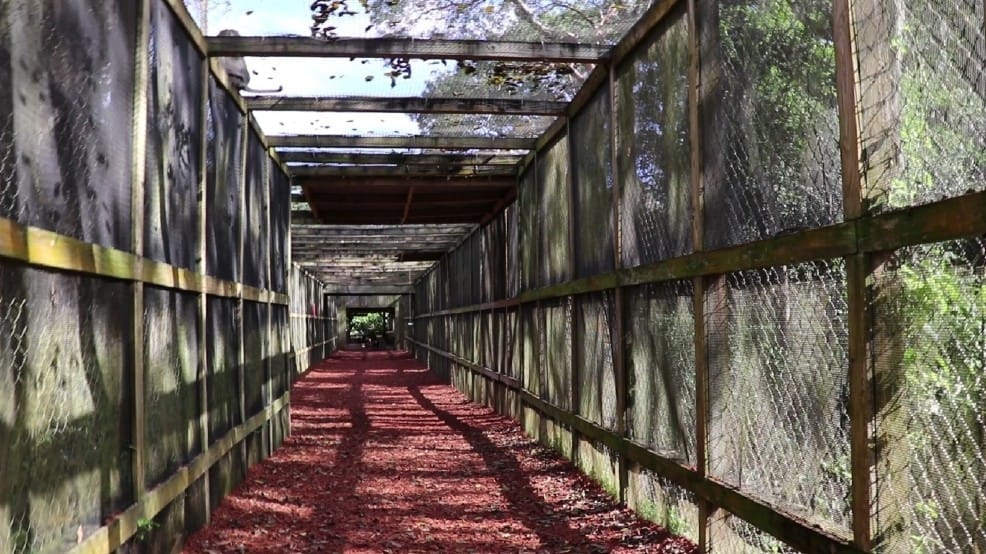 The park was founded in 1935 by researcher Joseph DuMond, who spent 5 years collecting and planting trees, plants and palms typically found in the Amazon rain forest in South America to make the area as much like the animals' natural habitat as possible.

Today, visitors walk through a specially-built tunnel to observe the creatures.

While parks like this still have a while to go before they become the norm, it is an encouraging step in the right direction. Humans can consent to being put in a cage where animals can't, and the reality is that safari-style parks offer animals far more freedom and space than traditional zoos.  Research you local zoos and parks to make sure that they offer their animals as good a life as possible before you visit.