In scenes now all too familiar to animal activists worldwide, a video showing sun bears being exploited in the tourist industry circulated online at the end of October.

The video, shared by animal welfare group Animals Asia, shows 2 sun bears, a mom and her baby, being forced to sit on a bench to take photos with tourists, who pay for the privilege. The baby, Marsha, tries to get away and is roughly manhandled to get her to stay on the bench while Ajib, her mom, is more sedate – although drugging animals to make them 'safe' to take photos with is common. 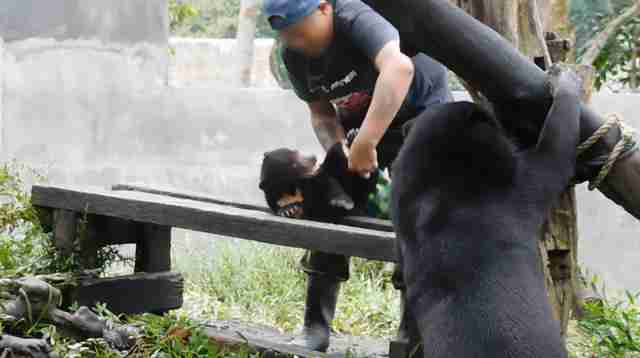 The footage of the bears was taken by Marison Guciano, director for investigation for wildlife trade monitoring group Scorpio Foundation. He told The Dodo that the bears were placed strategically in front of a chocolate shop popular with western tourists, who then pay to spend up to 20 minutes playing and taking photos with the animals:

I recorded this myself, disguised as a tourist […] Apparently Ajib, her baby and this third bear [a male, possibly Marsha's father] are housed in two crates — one for Ajib and baby, the other for this third bear.

If Ajib and her baby are being used as photo props, then this third bear remains in his crate all day […] He looked as if he wanted to get out. It was so sad. 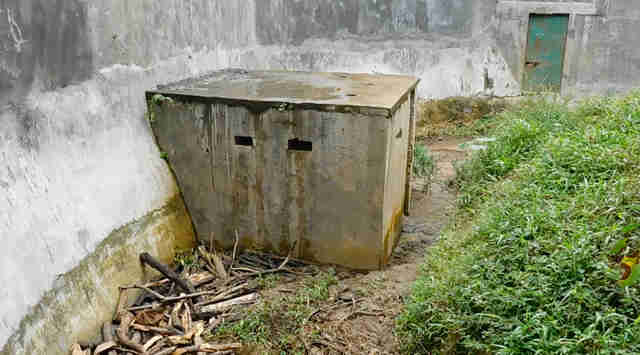 The trio are kept at Bali Elephant Camp, an attraction being run by a company called True Bali Experience. A quick look at their website shows that they offer other animal experience packages known to be exploitative, such as elephant back rides.

This is unsurprising, according to David Neale, Animal Asia's animal welfare director, who says that wild animal photography sessions are very common in South East Asia. While he notes that they didn't see any direct animal abuse in Guciano's footage, he adds that it's still inherently stressful and exploitative for the animals used in this way:

To be exploited in this way and used for this kind of amusement is quite sad. I worry about not just what’s on the video, but what we don’t see, in terms of the lack of choice and the lack of control that these animals are given, by being made to be put into this kind of situation.

Ajib, now 12 years old, was captured from the wild when she was younger, while her cub was born in captivity. Ideally they should be rescued and taken to a sanctuary, but Neale says that's not entirely realistic as Indonesian bear sanctuaries are already overcrowded with animals from other abusive situations, such as bile farms. 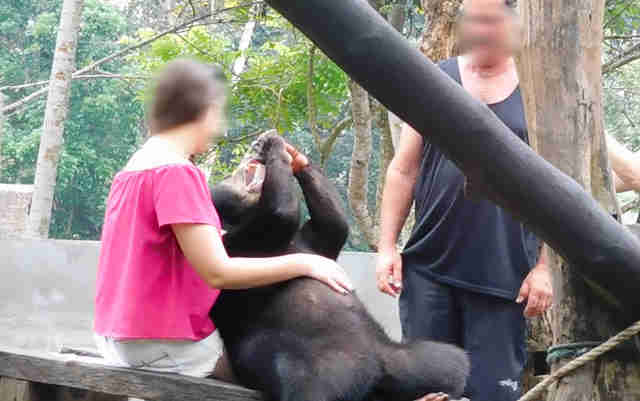 However, he hopes that raised awareness about how bad wildlife photography is for animals will lead to a rise in funding for captive animals, so that the abuse can end and their enclosures and living conditions can be vastly improved.

Obviously, this is still not the best outcome for these animals, who should be kept and cared for in situations as close to their natural homes in the wild as possible. But this is extremely expensive and the amount of sanctuaries needed to save animals in unsuitable situations are far more than what there is at the moment. 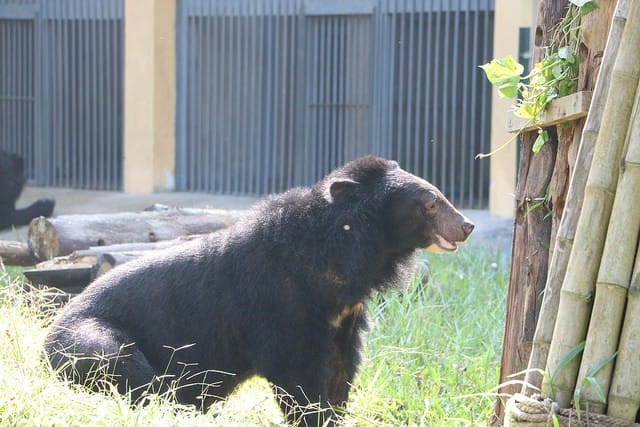 You can help animals in these situations by donating to groups like Scorpio Foundation and Animals Asia, as well as sign this petition against animal 'selfies'.

Watch Animal Asia's video of Marsha and Ajib below: