It is not good to be a dolphin in Japan… Every year hundreds of these animals are killed during the dolphin hunt organized in Taiji Bay, a small port city south of Osaka.

From September to May, Japanese fisherman are authorized to capture and kill more than 1000 dolphins, (according to quotas defined by government authorities) before selling the meat, popular in Japanese cuisine.

But for those who escaped this mass killing, things aren't that much better. The animals considered "too beautiful to be killed" are captures and sold to aquariums or aquatic parks around the world. 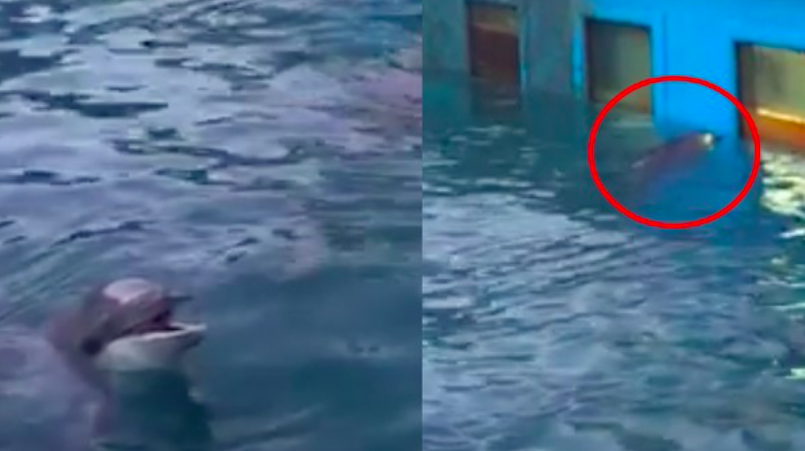 This commerce is extremely lucrative, as the average price for the mammals being around 130,000 euros (140,000 dollars). Many of them end up at the Taiji Whale Museum, a local "museum" offering diverse attractions including dolphins, whales, and harpooning paraphernalia.

The living conditions of these animals in the Taiji Whale Museum are deplorable: their days consist of swimming (if you can call it that) in tiny, filthy pools, as these photos show from October 2016. 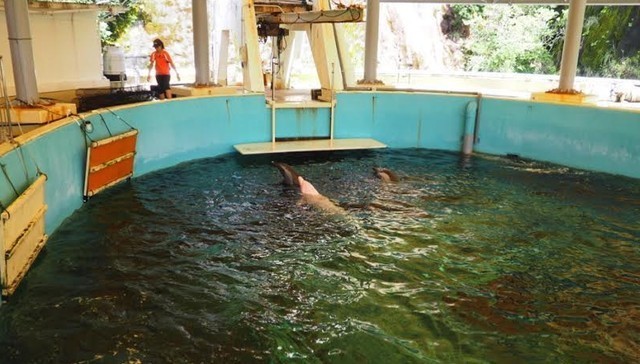 Even worse, a video filmed by an activist from the NGO for the defense of dolphins, The Dolphin Project, shows one of them trying to swim – with difficulty- in water only a couple feet deep. "They're just so hungry. And distressed. And bored," said the volunteer.

The anguish is palpable; when the dolphins aren't putting their heads above water to call for help, they float sullenly against the walls of their enclosure. For members of the Dolphin Project, the Taiji Whale Museum is "the worst aquarium in the world."

Pledge NOT to buy a ticket to a dolphin show: dolphin.fyi/DolphinPledge

Even aquatic parks offering animals space and hygiene condemn their animals to a sad life, exploited for human entertainment. The volunteer for the Dolphin Project summarized bitterly:

"After the audience goes home, this is what it's like. If ever there was a reason to take the pledge not to buy a ticket to a whale or dolphin show, surely this is it. This is just so depressing to see something so beautiful living in so much horror.

Source: Ric O'Barry's Dolphin Project
To fight against the exploitation of dolphins, boycott all spectacles or attractions involving cetaceans. To support the efforts of the Dolphin Project, who is fighting non-stop to offer dolphins a better life, click here.
H/t: TheDodo
ADVERTISING