When officers from Hunt County, Texas responded to a call about child protection, they never expected to rescue over 100 other souls. In a metal shed attached to the house they were investigating, police found a grand total of 93 dogs, 22 puppies and 2 cats – all of whom were going through a living hell.

The team only managed to get access to the shed after several days. They had noticed a terrible smell, loud barking and heart-wrenching cries coming from it, and had asked the owner to let them look inside. He refused, saying that the dogs were his breeding animals, forcing the police to get a warrant and backup from the SPCA of Texas. 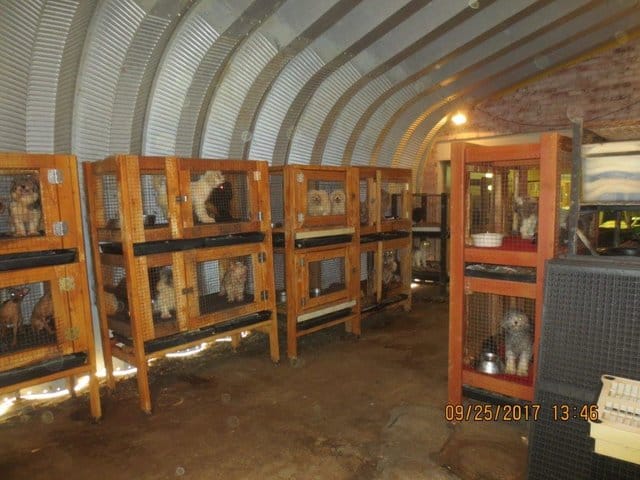 As it turns out, the officers' fears about the safety of the animals were not groundless. The animals were packed into tiny cages, sometimes with 3 fully-grown dogs to one cramped cage. Each pen was covered in urine and feces, accounting for the smell which was noticeable from the street. It was also extremely hot due to the lack of air conditioning, as Maura Davies, vice-president of communications at the SPCA of Texas, told The Dodo:

It was very, very hot, to the point where investigators had to come out every once in a while because of the heat, and also because of the intense smell of ammonia […] The fans were encrusted with hair or other debris, and it’s questionable about how effective the fans were. It’s hard to imagine how hot it must have been in this area for these animals. 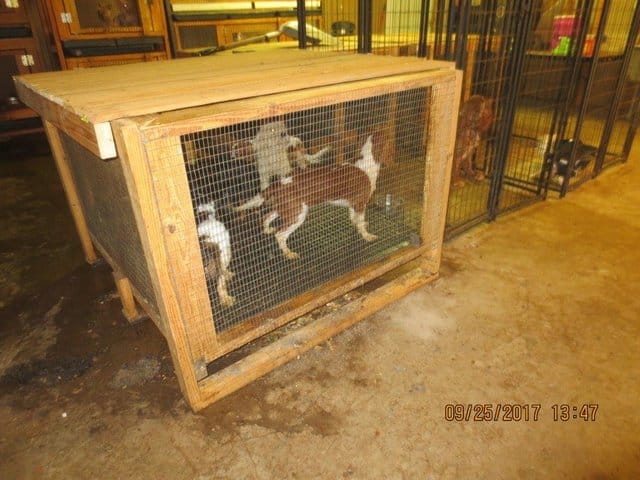 The heat was so unbearable, according to Davies, that some of the officers gagged and had to leave the shed for regular breaks. 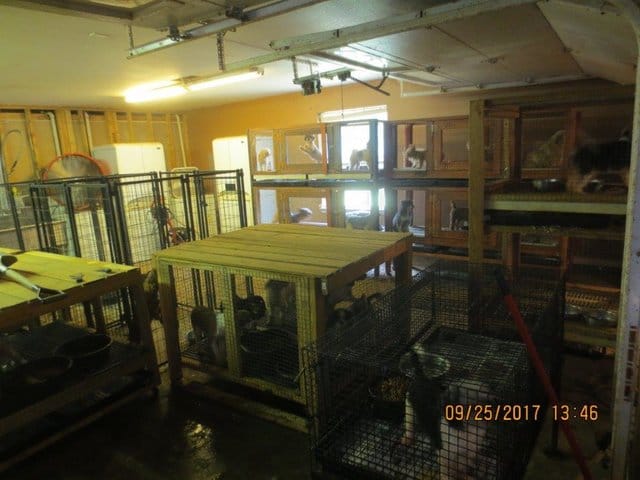 In the face of the despair they found, the sheriff's office and the SPCA launched into action, rounding up the distressed animals and getting them to safety as quickly as they possibly could. For many of the animals, being in the care of the SPCA means feeling the grass beneath their paws for the first time in months, running around in the rescue center's yard and going on walks with volunteers. 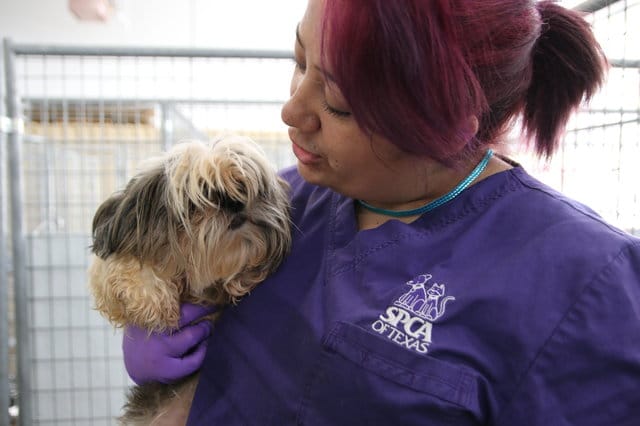 They are also being given medical care for a variety of illnesses ranging from infections to mange and, of course, plenty of snuggles. In any case, the 117 rescued animals are incredibly happy to finally be free:

I’ve been with the SPCA of Texas for the last 16 years, and I’ve noticed over time that at some point during the rescue, the animals get quiet, and they relax a little and take a deep breath. I’m not sure if that’s gratitude or just exhaustion. But when they’re finally able to curl up on cuddly beds with fresh linens, they look so happy. 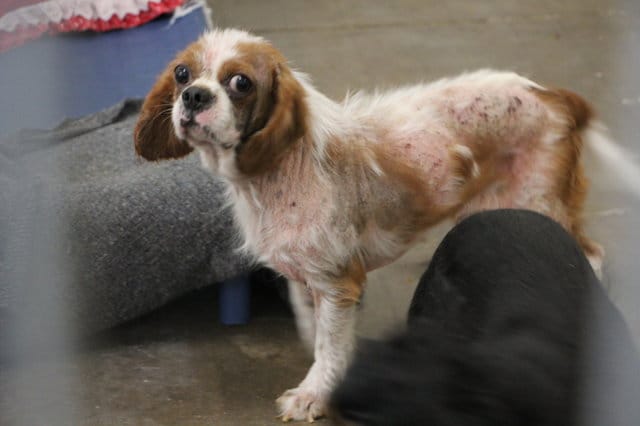 Hopefully, every animal rescued from their living hell will find a loving, safe home in due course. In the meantime, there are thousands of animals living in terrible conditions, being abused, or waiting for a forever home in shelters all over the world.

If you are thinking of getting a pet, please consider adopting through one of your local shelters, such as the ASPCA if you are from the U.S. or the RSPCA if you live in the U.K. You can also support the work these shelters do by donating via their websites.