2 American Staffordshire Terriers were found muzzled and tied to a fence in the middle of the city of Bergerac in the Dordogne region of France at the beginning of August. Their former owner left a note alongside them, with only a single word written on it; 'I'm sorry'.

The 2 canines, a male and a female who are both around 5 years old, were found by passers by, who contacted the SPA (the French equivalent of the ASPCA or the RSPCA), reports BFM TV. 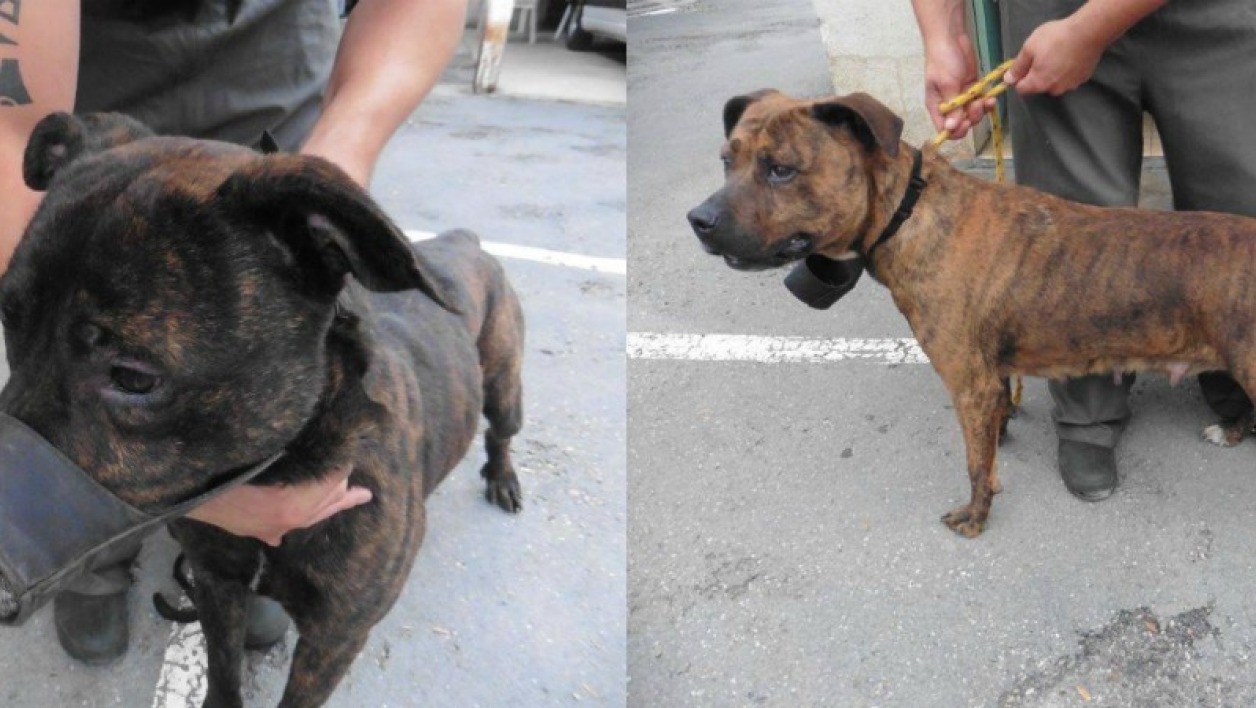 Unfortunately, at first the dogs' future looked bleak. As neither dog was microchipped and their owner couldn't be found, they risked being put down because Staffordshire Terriers are – mistakenly – classified as a 'dangerous' breed. Dogs of 'dangerous' breeds who aren't registered or microchipped have to be euthanized in France.

Luckily for the abandoned pooches, the people of the internet mobilized to save them from this tragic end. The Bergerac branch of the SPA used their Facebook page to launch an appeal and, in only a few days, 40,000 people had shown their support for the 2 dogs.

Another association, Dog Rescue Company, heard about the appeal and decided to help. A veterinarian brought in by them examined them and said that the dogs didn't have all the characteristics of an American Staffordshire Terrier, and so they didn't have to be killed.

Happily, the pair have been rehomed and will soon have forgotten their ordeal, helped by the love of their new family.

In France, it is a crime to abandon an animal, so if they are found, the dogs' former family will face charges.

Although the story of these dogs ended happily, thousands of animals all over the world are not so lucky. Many animals never find a family and die in shelters, who are overwhelmed with the dozens of abandoned creatures they have to look after.

Animals from shelters make just as good companions and give just as much love as any other. Check out your local shelters, such as those run by the ASPCA in the United States, or the RSPCA in Great Britain if you are considering getting a pet.