A new "fad" is rattling China.

It is no longer rare to see small rickshaws being pulled by dogs, harnessed like horses in the Asian country. This practice, however, is extremely dangerous for the animals, whose bodies and constitutions are not made for such a task. 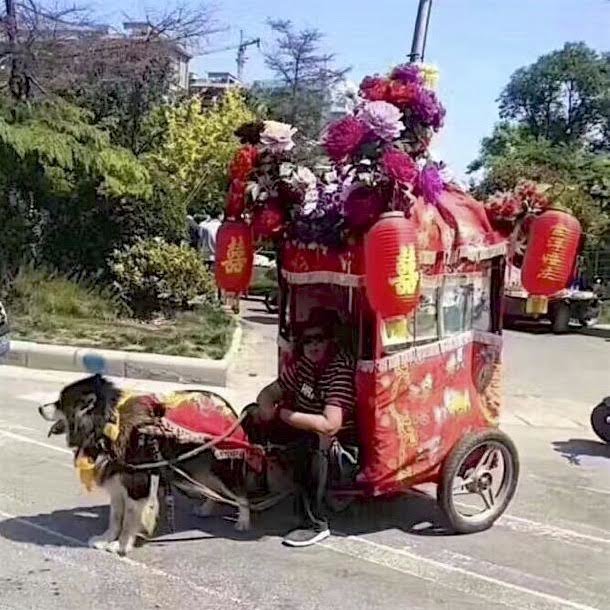 Michele Brown, founder of the association Fight Dog Meat, who is battling to end the dog meat trade in Asia, explained to The Dodo:

When they [the drivers] pull on the reins, that’s going to put pressure on the face. I can only imagine that there’s a lot of mistakes and crashing and going all over the place. Fortunately, they haven’t figured out how to put a piece of metal in the mouth, like a bit for a horse. 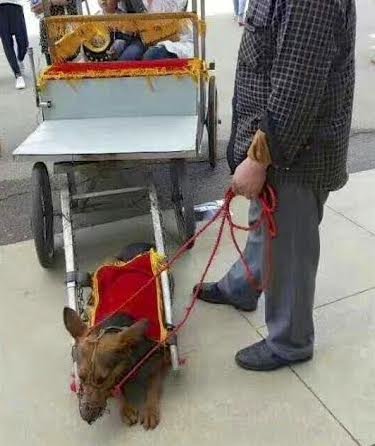 In addition to the uncomfortable material the dogs have to put up with, they are also forced to pull the heavy rickshaw they're attached to. The poor creatures sometimes have to pull several people at once. As Brown reminds us, the animals don't receive any help from their owners: they're malnourished and poorly cared for. When they collapse from exhaustion, they are most likely sent to slaughterhouses where they're massacred for their meat. 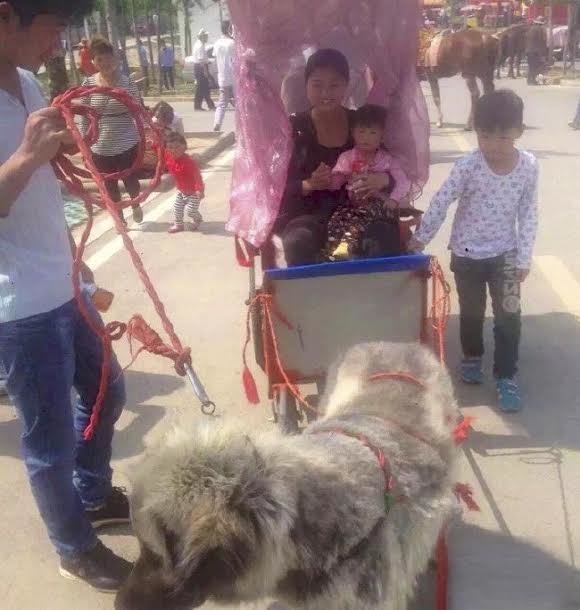 There are no laws which protect animals from cruelty in China, and it's therefore extremely difficult to put an end to these practices. Despite the absence of protections, more and more Chinese are rising against the inhumane treatment reserved for the numerous dogs and cats in the country. The number of pets has also been increasing. Brown confided:

When people have pets, and they’re educated about being a responsible pet owner, they’re a lot less inclined to want to eat that animal, so that’s a source of hope for everybody working to protect these animals. 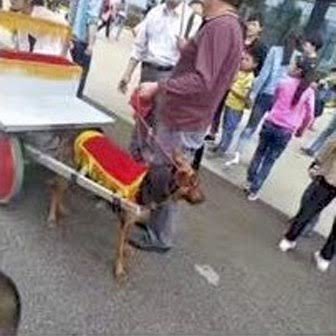 In China, like in South Korea, the consommation of dog meat has a clear generational divide between young people and elders. According to a poll taken in 2015 by Gallup Korea, 20% of Korean men in their twenties claim to have eaten dog meat within the past year, compared to 50% of those in their fifties and sixties.

For younger generations, influenced by Western culture, dogs and cats are known as pets, and it would be strange and shocking to eat them. It's likely that the dog meat industry will see a rapid decline in the next decade in South Korea, like China.

If you would like to help the Humane Society International in their fight, you can click here. You can also sign this petition asking for the abolition of the Bok Nal festival.