Slow Lorises are small primates that come from south-east Asia. With their large eyes and slow, sleepy movements, they soon became very popular on the internet, where videos of the animals being held, cuddled and 'tickled' got millions of views. But behind these adorable images lay a dark reality. These creatures are victims of trafficking on a huge scale, and the very survival of their species is at stake. 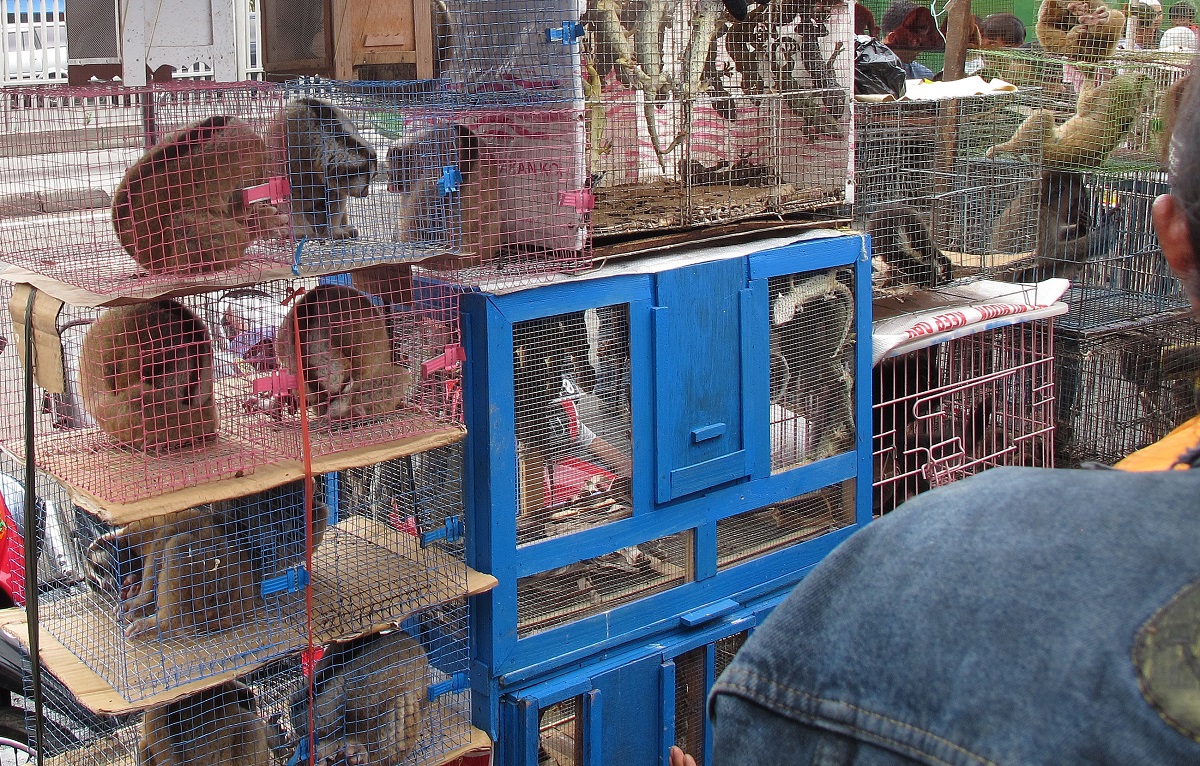 Although Slow Lorises are a protected species in the countries they come from, they are still captured and stolen from their natural habitat to be sold on the internet to eager buyers all over the world. 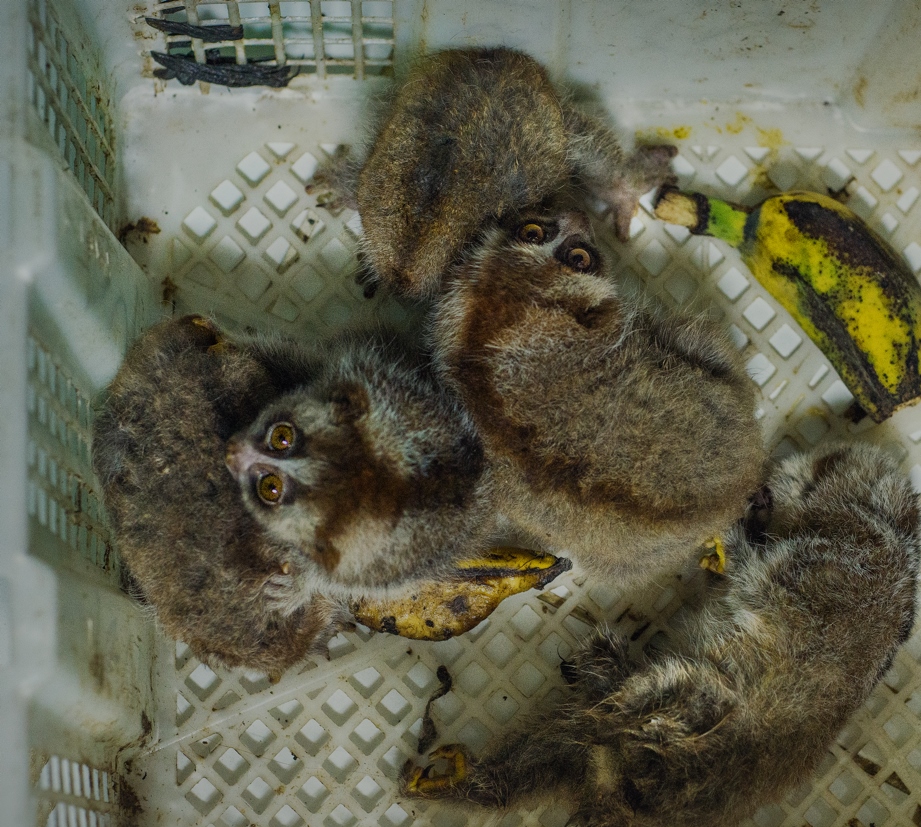 Despite their popularity, the little animals make terrible pets, being quite smelly and needing a complex diet that most families can't give them. As nocturnal animals, they are loud and active at night and bright lights are painful for their sensitive eyes, making it cruel to interact with them during the day.

What's more, since slow lorises have a venomous bite that is harmful for humans, most traffickers pull out their teeth, a procedure which is immensely painful and can be fatal. Right now, scientists and conservationists have no way of knowing the precise number of lorises left in the wild, but they have noticed that the population is dwindling significantly. 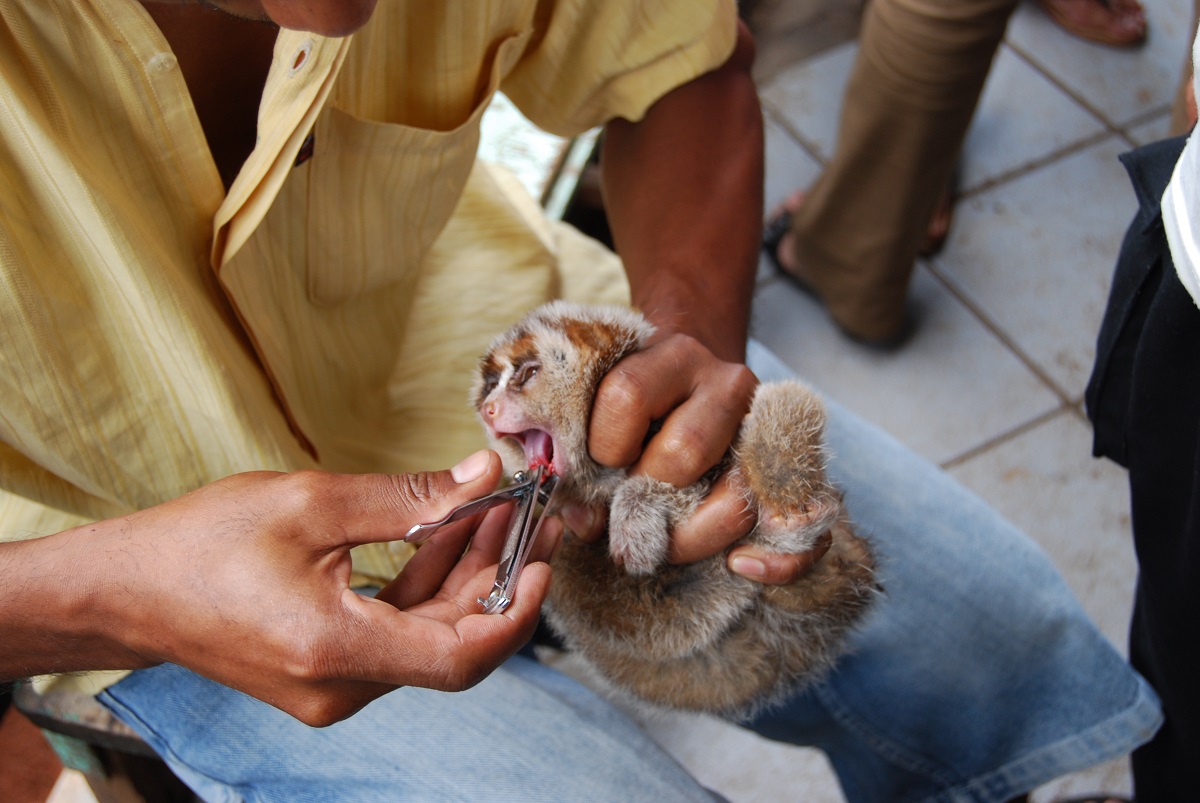 Every type of loris is currently threatened, something which trafficking only makes worse. If it continues, animal activists fear that the loris might end up on the long list of creatures which are now extinct. Wildlife expert Chris Shepherd told National Geographic :

The trafficking of wild animals to be sold as pets is one of the most devastating facets of global trafficking. It doesn't get enough attention.

You can sign a petition called “Tickling is Torture” to support the end of the “cute” videos that actually show slow loris mistreatment.

Watch a video from the campaign below: