At the beginning of April 2017, the association Four Paws International came to the rescue of six bears who were in desperate need of medical attention reports The Dodo. The animals all belonged to private owners, who cared little for their health. 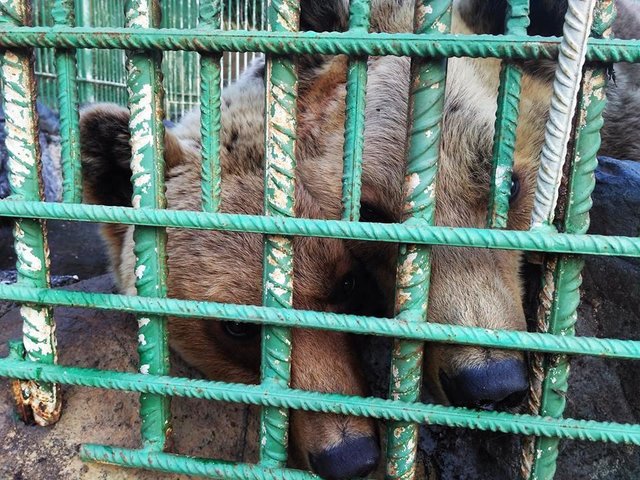 Two of the bears were in particularly urgent condition. The male, Henk, and the female, Eso, were kept captive close to a hotel in Puke, Albania. Their goal? Attract tourists. Sadly, their owner was in the midst of financial difficulties, and simply stopped looking after the animals. 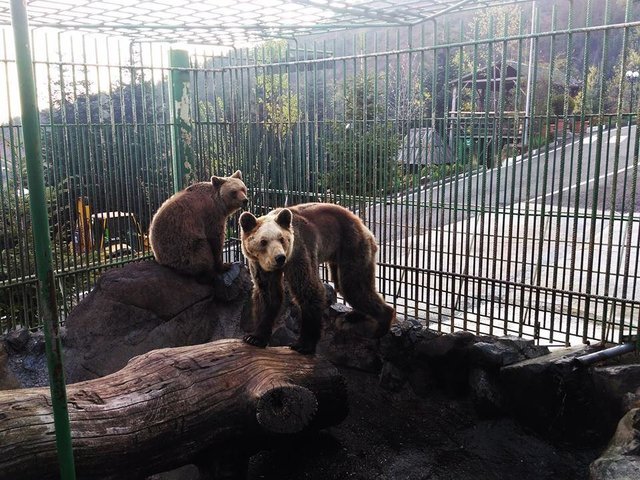 The sight was horrible. The two bears … are visibly starving to death – as you can clearly see in the photos. 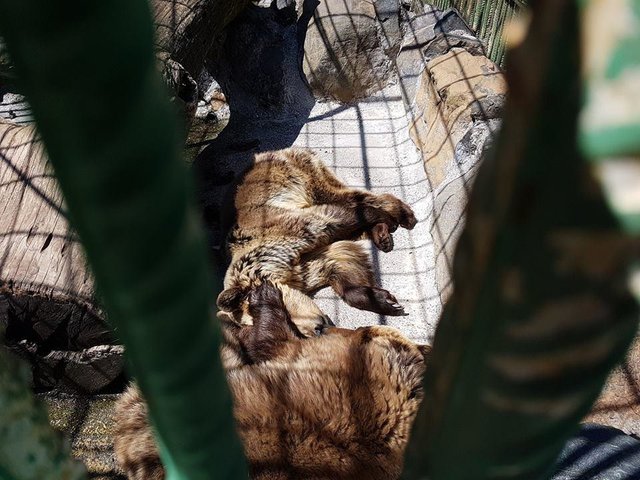 Without the intervention of Four Paws International, there is no doubt that the two animals would have faced a tragic end. One of the members of the association, which has a sanctuary in the country of Kosovo, quickly filled a car with food and drove all the way to Albania.

#savethesaddestbears: Henk and Eso starve to deathEMERGENCY RESPONSE ALBANIA:
Our FOUR PAWS colleague Afrim, who is Sidemanager of our Bear Sanctuary Prishtina has never met bears that were so desperately waiting for food. Them wailing for food is almost impossible to stand, but see for yourself.

When we arrived at their cage, we could hardly see them. Both bears were lying close by each other. It was obvious that they were [apathetic] and powerless. 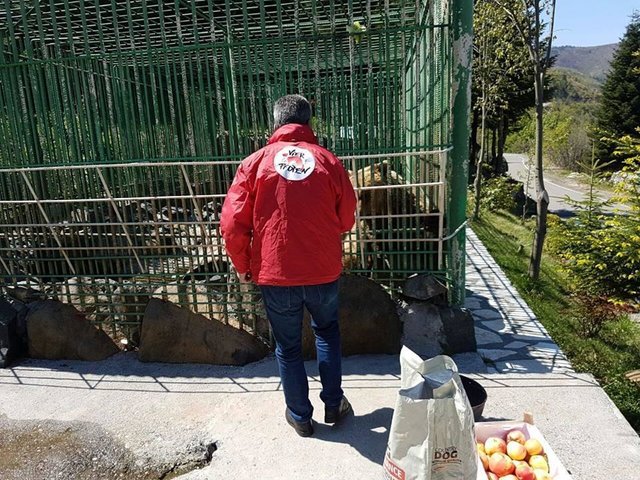 The volunteer team immediately started feeding the two animals who started whining for more. Once satiated, Henk and Enso seemed to be more lively. Four Paws has made sure, in conjunction with a local veterinary team, that the two bears are being regularly fed. The association is also trying to find a long-term solution which would allow Henk and Enso to leave this nightmare behind and be transferred to a sanctuary permanently. 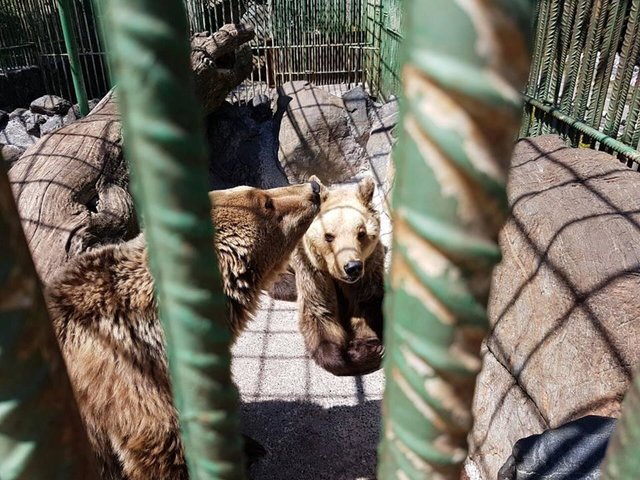 There are close to 50 captive bears in Albania, whose living conditions are just as difficult. To help the association Four Paws International, you can click here to make a donation. You can also sign the petition demanding the end of bears used for tourism in Albania.