According to animal rights group Animal Defenders International (ADI), more than 100 million animals are locked up, tortured and killed for their fur every year. To draw attention to this barbaric practice, the group filmed a devastating, but incredibly important video using hidden cameras to show what happens on a fur farm in Poland. 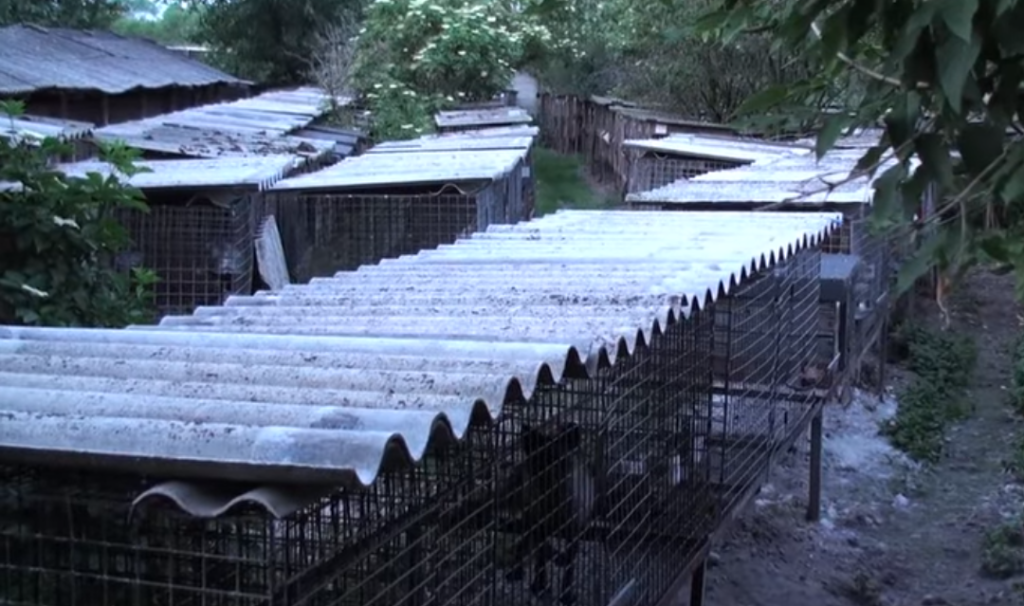 In the 4 minute video, ADI members follow the lives of 3 arctic foxes, born at the farm in early spring. Named Borys, Eryk and Aleska, the 3 little cubs are so young that they can't walk properly, or even open their eyes when we first see them. 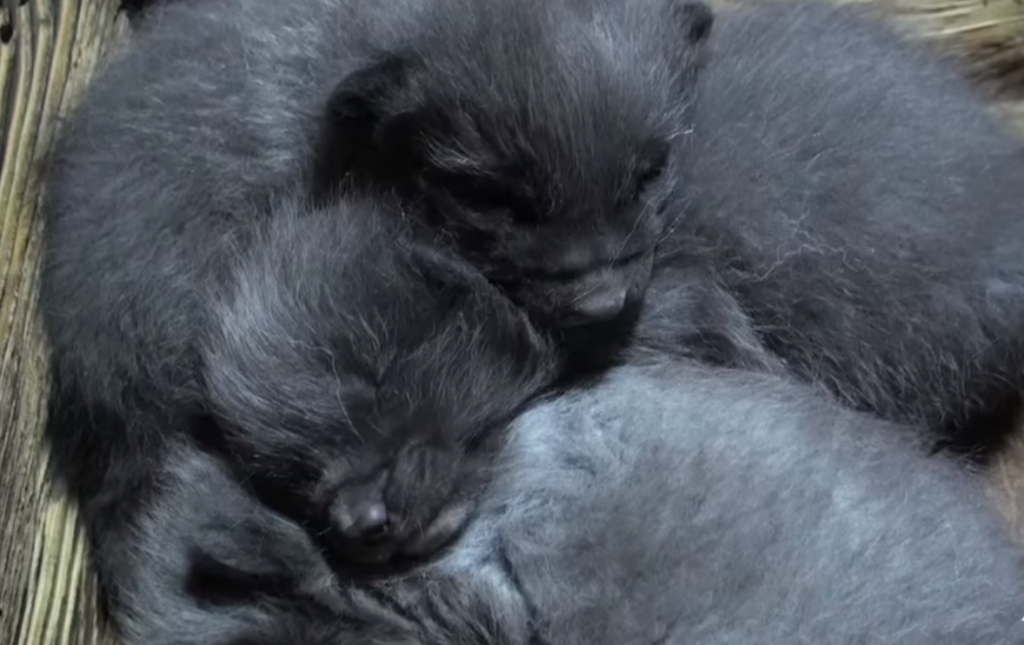 As the months pass, the cubs become more playful, but stay trapped in a tiny wire cage that is their entire world. Even as they get bigger, the family isn't moved to a larger cage – although their mom is torn away from them at just a few weeks old. Little by little, their fur becomes thicker and whiter as they grow up, trapped in their filthy cage and stopped from performing even the most basic natural behaviors. 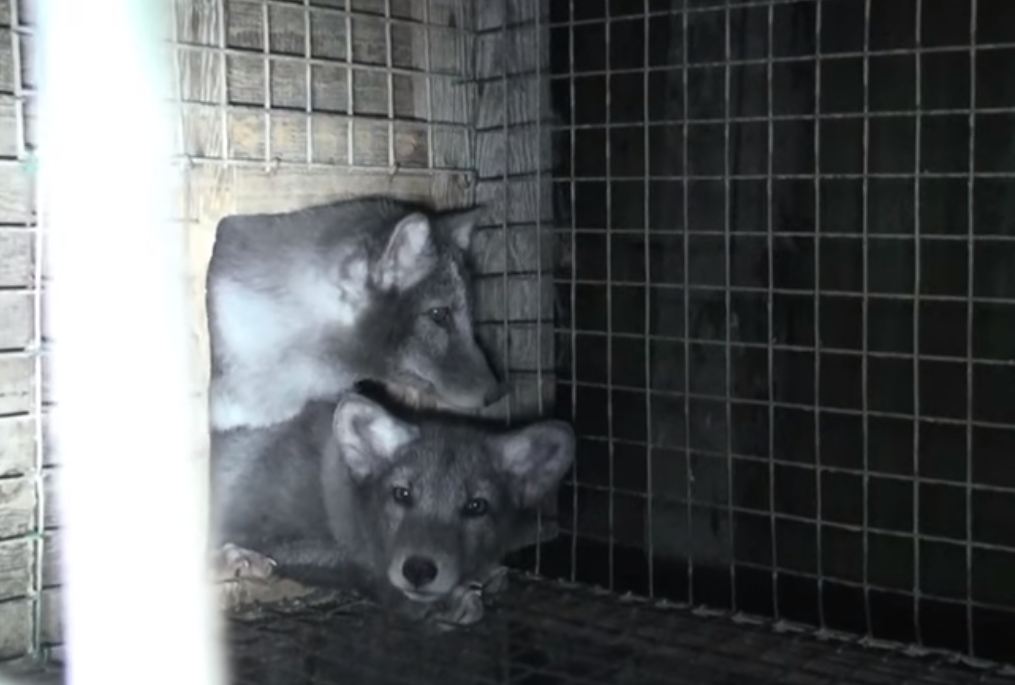 Then comes winter; farming season. A man goes up to the cages and grabs Borys roughly by the tail, dragging him out and hanging him by one paw as he thrashes in panic. Then, the man takes a metal rod with an electrical current running through it and approaches the terrified fox.

Seconds later, Borys hangs dead, electrocuted after biting the rod that was brandished in his face. His body is dumped in a wheelbarrow. Then it is Eryk's turn to be dragged out, hung by the leg and cruelly slaughtered, right in front of his yelping sister. 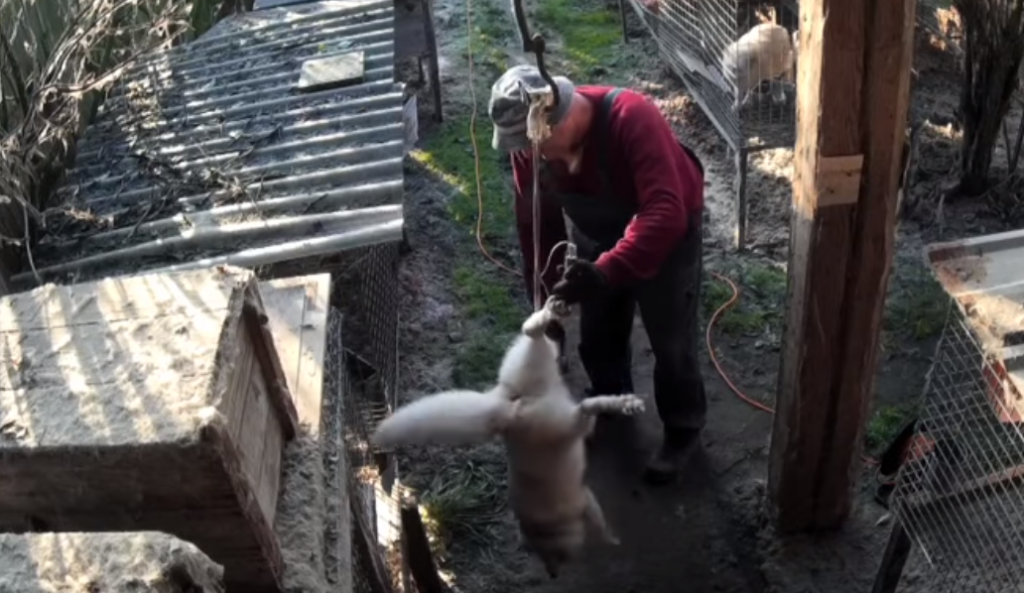 Aleska, 'lucky' to be born female, escapes this horrible fate for the saddest of reasons; to give birth to the next generation of cubs who, next year, will be bred, raised and painfully slaughtered for their fur.

Like millions of others, Borys and Eryk were killed when they weren't even 7 months old so that they could be skinned and their fur made into coats, hats and even key-rings. It can take up to 35 foxes to make just one fur coat. Millions more will die – unless we put a stop to it.

As well as boycotting fashion items made from fur, you can also sign ADI's pledge against buying fur products, email your representatives, company's and magazines who endorse fur (letter template provided), and donate to ADI so that they can continue their work.

(Warning: some viewers may find this distressing)