After war, many countries are left with dangerous landmines under the ground, most of which are completely undetectable to humans without endangering their lives. Enter APOPO, a company that trains rats to sniff them out!

The idea was first started by Bart Weetjens, APOPO's founder, when he was at college in 1995. As an owner of pet rats, he knew that they had sensitive noses and were very intelligent. 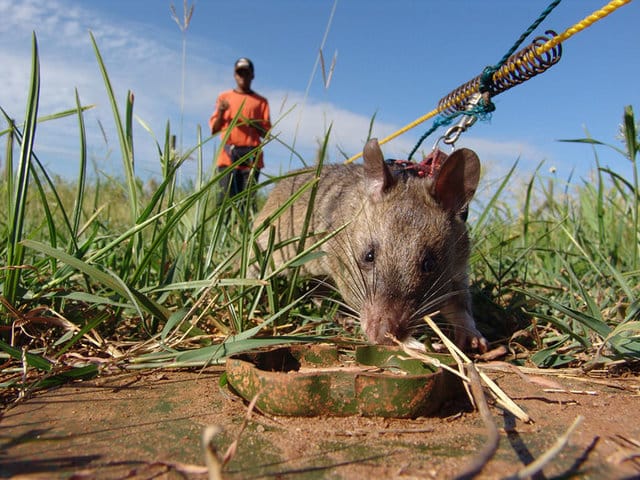 The rest, as APOPO's communications director explained to The Dodo, is history:

Landmines are a global problem. Bart always had rats as a teen and was watching a documentary about landmines one day, and he wondered if rodents could be trained to safely sniff them out. And it turns out, they can — very well.

After bringing the idea to one of his lecturers at the Sokoine University of Agriculture, they decided to test the theory, using African giant pouched rats as they were already used to the terrain and climate. by 2000, they had set up a research and training facility in Tanzania. 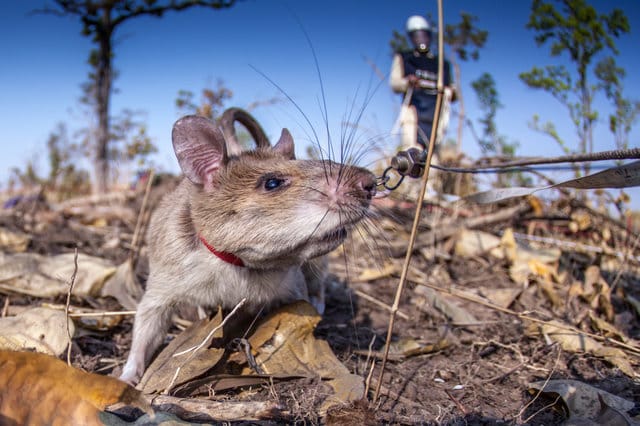 It was immensely successful; after a training period of six to nine months, using clicker training, each rat is able to sniff out landmines and tell their handler where they are by scratching the ground.

At the end of their training, they get an accreditation test. Once passing, they are brought to the country they’ll be working in and are tested again, in addition to daily reinforcement training and practice.

Using rats to sniff out landmines has proven to be far more efficient than using a metal detector, since a rat can cover the size of a football pitch in just 20 minutes – far faster and more accurate than a human, who has to be far more careful as their weight will set off an explosive. 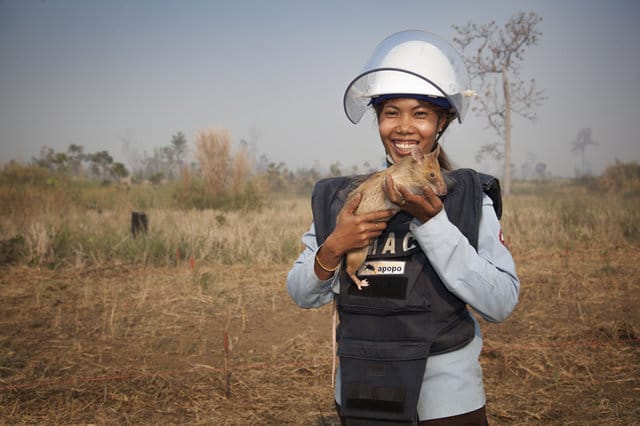 While contractors come in to deactivate and remove the explosives, the rats go home for treats, cuddles with a bonded friend – rats are incredibly social creatures – and plenty of playtime with their humans.

Thousand of people die due to unexploded landmines every year, so the rats are a very welcome, fast and cheap option to get these dangerous objects away from vulnerable communities. 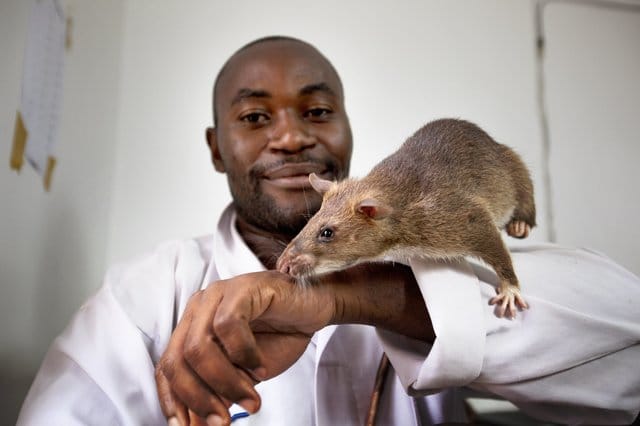 What's more, scientists are discovering new ways for rats to save lives, including sniffing out tuberculosis and stopping animal trafficking!

All in all, the clever rodents at APOPO are helping to destroy the unfair stereotype of rats as vermin, showing how intelligent they really are.

You can help support these amazing animals by making a donation to APOPO.