The illegal trafficking of wild animals has boomed thanks to the internet, where prospective 'owners' can search for 'pets' over social media. At the end of September, Indonesian police raided a house in Sumatra and found 9 slow lorises (small nocturnal primates that come from South East Asia) after a man tried to sell them over Facebook. 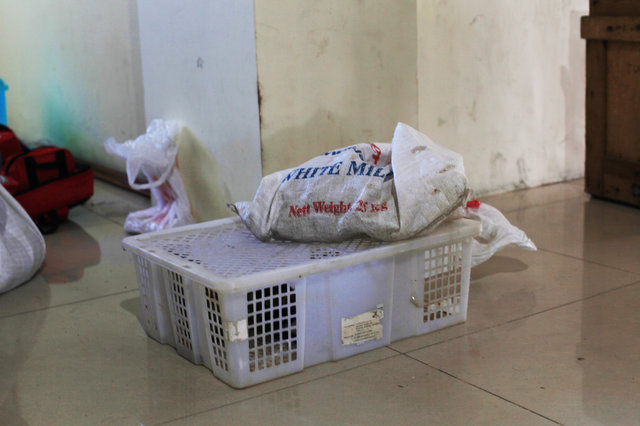 The terrified group included a mom and her baby. All of them were shut in tiny cages, ready to be sent to whoever bought them. Sadly, one of the lorises had already suffocated to death, but the others were taken into custody by International Animal Rescue (IAR), who will try to help them forget their traumatic ordeal and eventually release them back into the wild. 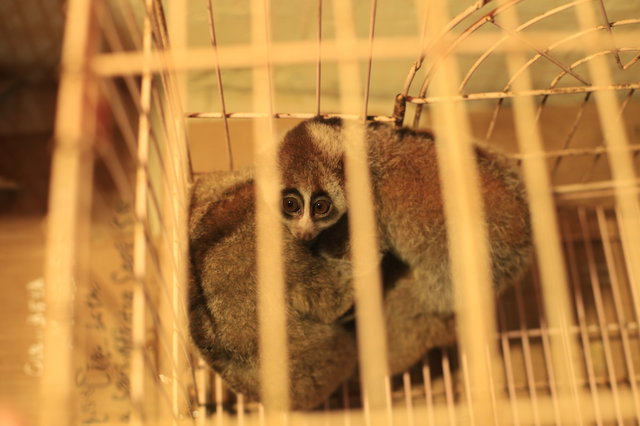 The people who put them up for sale were arrested.

Slow lorises are particularly at risk of being trafficked. Every sub-species of the animal is classed as 'vulnerable' or 'endangered' according to the IUCN, due to deforestation, the destruction of their natural habitat and poaching. 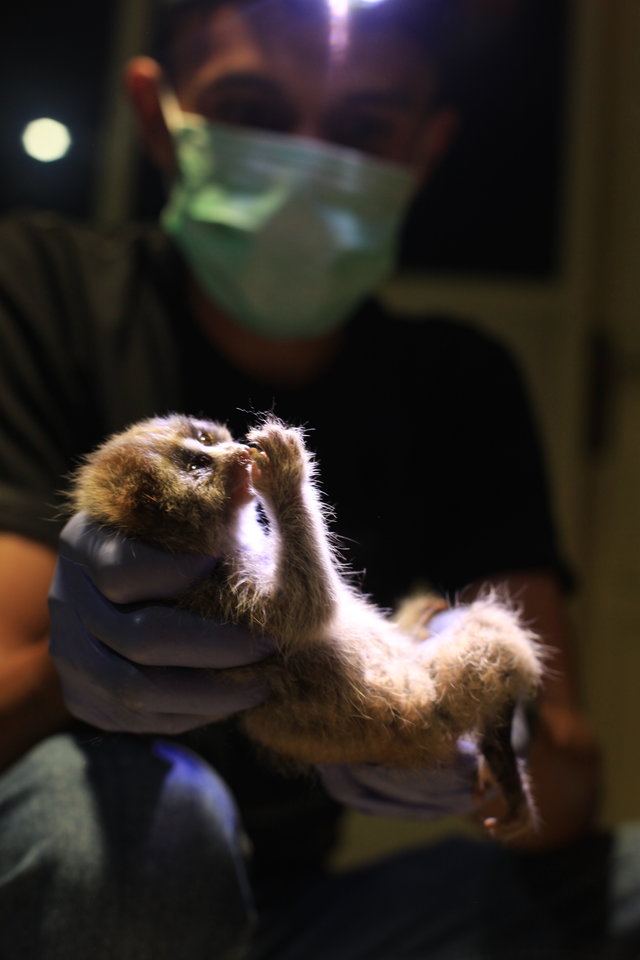 To make them easier for humans to handle, traffickers often have their teeth torn out, as they are poisonous. Lorises who are mutilated this way can never be released into the wild as they can no longer protect themselves. 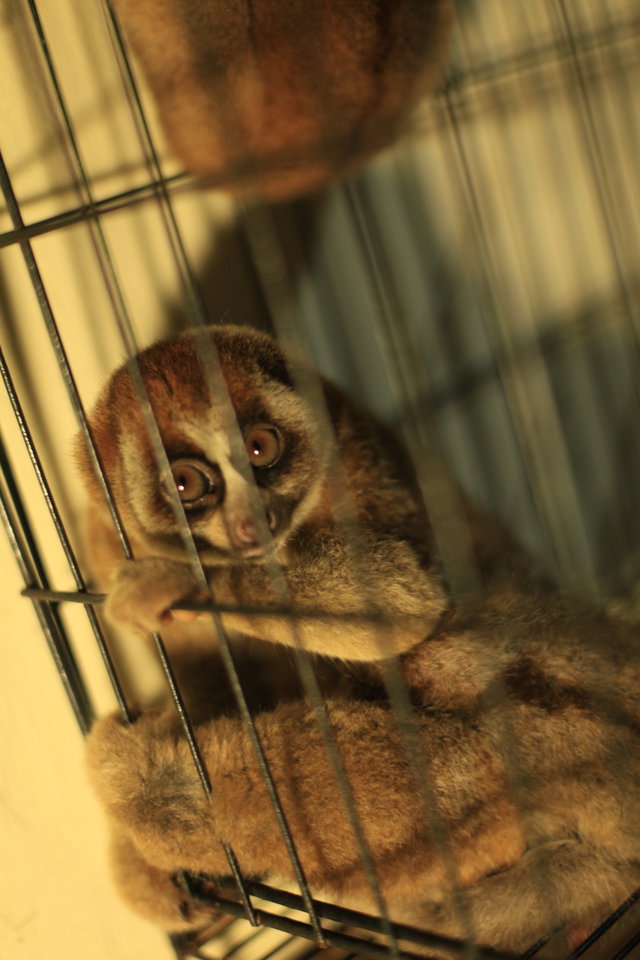 New types of technology and the popularity of social media is proving to be a massive problem for the authorities trying to crack down on wild animals being sold illegally, as IAR member Christine Rattel explained to The Dodo:

With the increased use of social network for wildlife trafficking, we have also seen an increase in the demand for wildlife and wildlife products by the general public. It’s increasingly challenging to tackle wildlife trade networks and it’s up to the civil society to reduce the demand in wildlife and to give all animals a chance to survive in the wild. 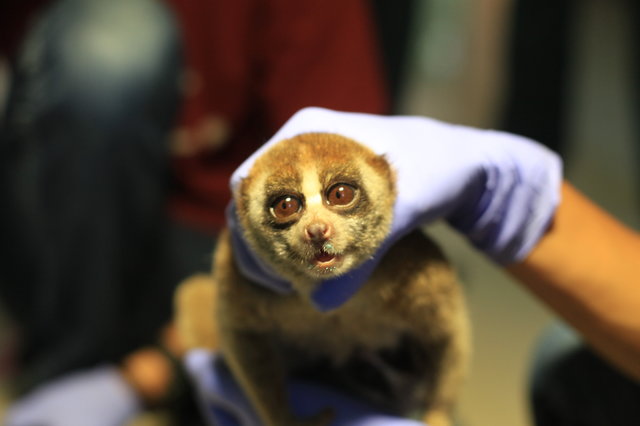 You can donate to the IAR via their website. If you ever see anyone selling a wild animal on Facebook, please report them by clicking this link.