Last December, an American couple was taking a walk in a forest in Texas when they stumbled across a case, in the middle of no where, filled with extremely young, emaciated puppies. The box was accompanied with a note which will send shivers up your spine: "shoot me." The six little ones inside were only a month old if that. 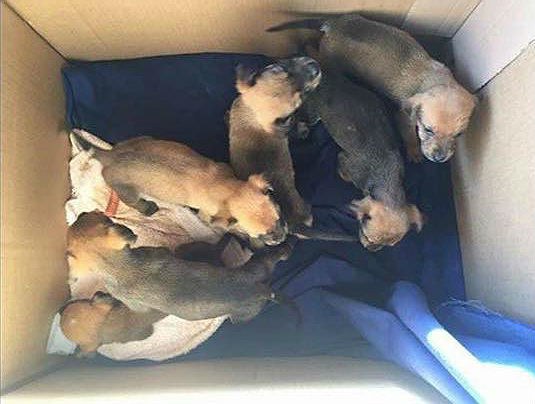 Faced with this horrifying discovery, the couple called a friend who gave them the contact information of Karen Rene'e, volunteer with The Underdog Project, an association which offers shelter and medical care for abandoned dogs. The young woman rushed over to pick up the pups. 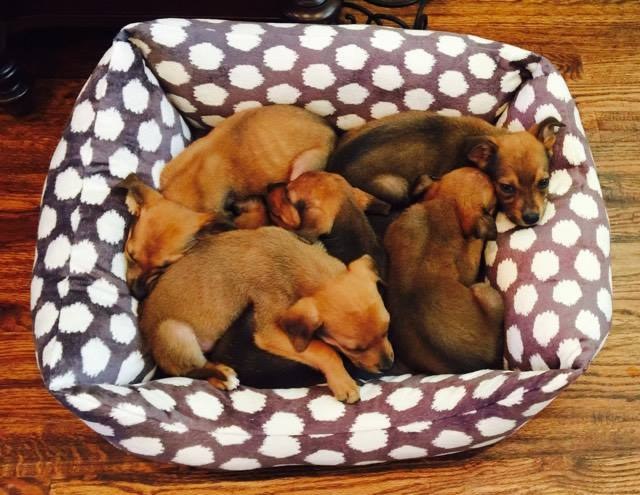 Immediately after, the adorable little ones were examined by a vet, who found no illness in particular apart from the malnutrition which had considerably weakened them.

To underline the miraculous nature of their survival, Karen named the fur balls after six Greek gods: Aries, Aphrodite, Athena, Atlas, Apollo and Hera – the queen of the gods – for the smallest in the group. "I thought they needed every advantage we could get," she confided. 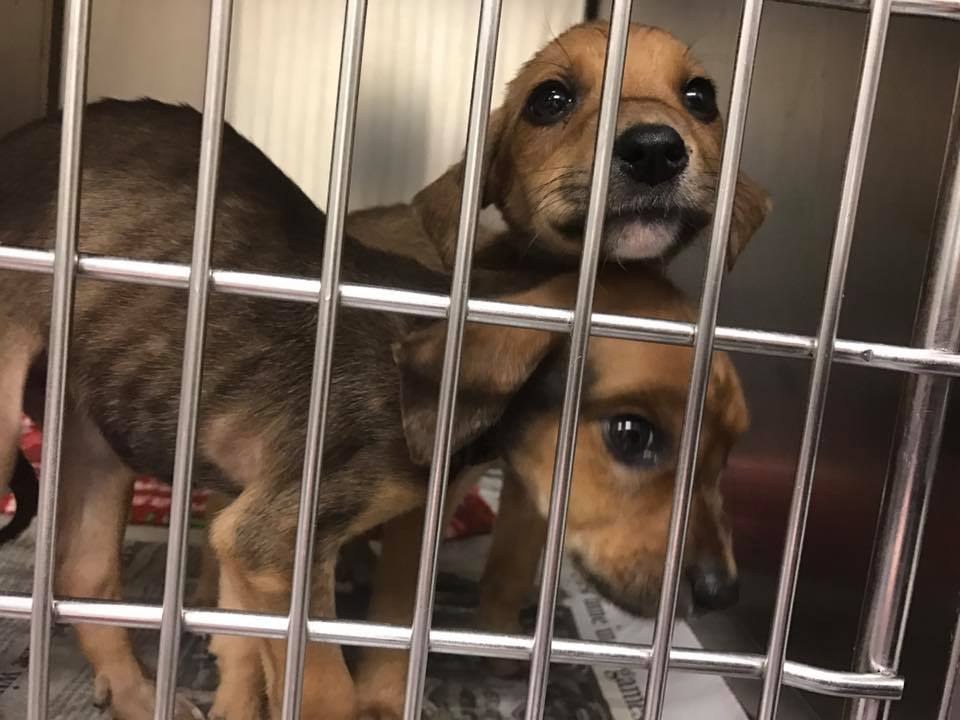 And they would need the strength… In the days following their rescue, the health of three of the puppies didn't seem to be improving, just the opposite, it was getting worse little by little. They were urgently hospitilized, but that sadly didn't suffice. Athena and Aphrodite died shortly after apparently victims of an infectious bacteria. 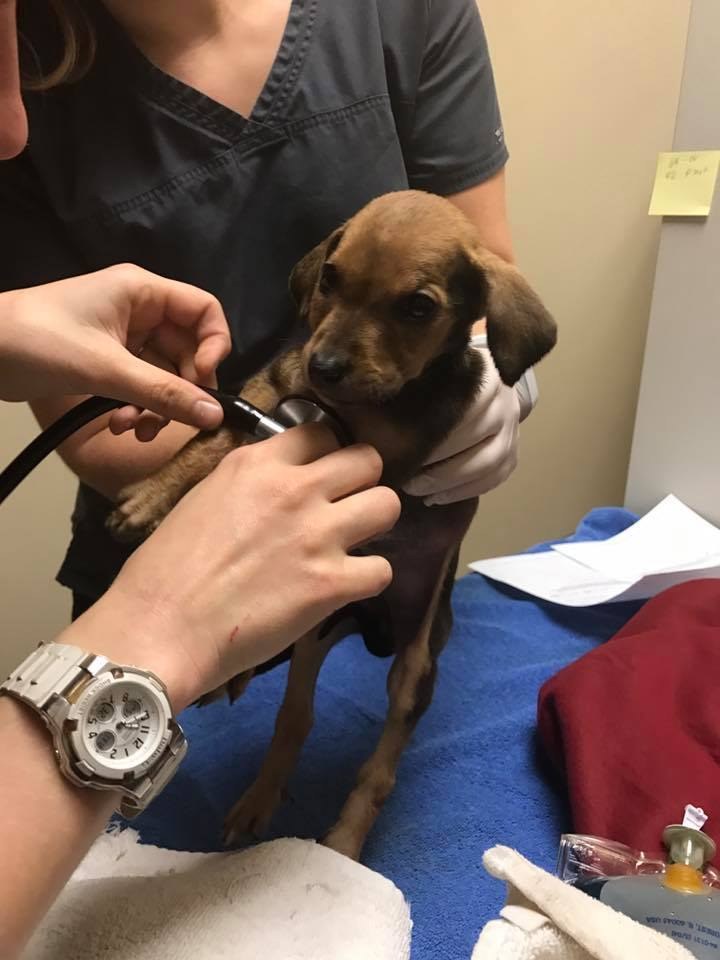 It's the first time Karen lost puppies since she had started working at the shelter. The experience troubled her. "[It's very difficult] when you do everything right, and sometimes they still don't make it," she explained. Little Aries, however, fought with everything he had, and managed to survive, to the joy of his foster mom. "He is quieter, sweeter and more of a lap dog now than the others."

There are now four puppies left today – Aries, Apollo, Atlas and Hera – in good health. They love to run, jump and play like any other canines. Since they started living in Karen's care, they became extremely close with her daughter, Blakeleigh. 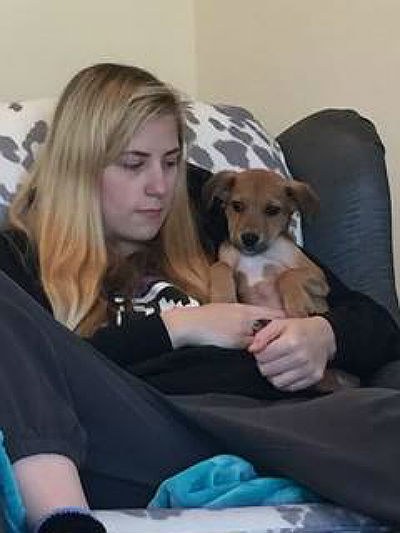 A friendship even more touching since Blakeleigh was also adopted and is battling Multiple sclerosis which has made her go blind. The young pups are an incredible source of comfort and moral support for her. "The dogs think Blakeleigh is their mother," Karen said. Since she's blind Blakeleigh is very tactile with them, creating a strong connection between them. 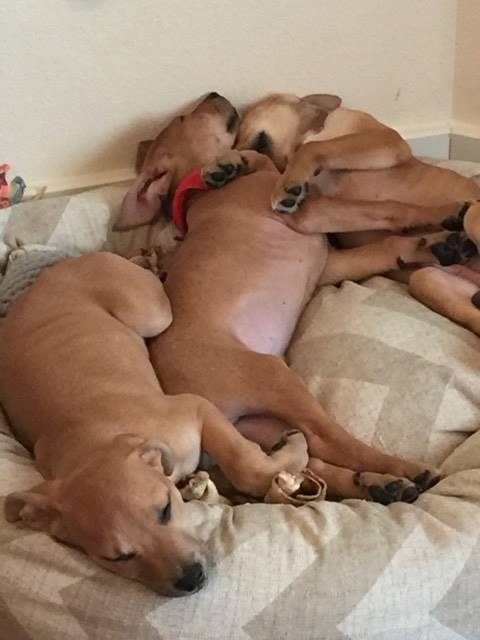 As for Karen, it's the smallest, Hera, who she has bonded with the most. "Hera appears to be blind in one eye and I am considering keeping her. The day we got them, I [thought] she was going to die. I carried her around in my sports bra for nearly three weeks [because] she was always so cold and tiny." 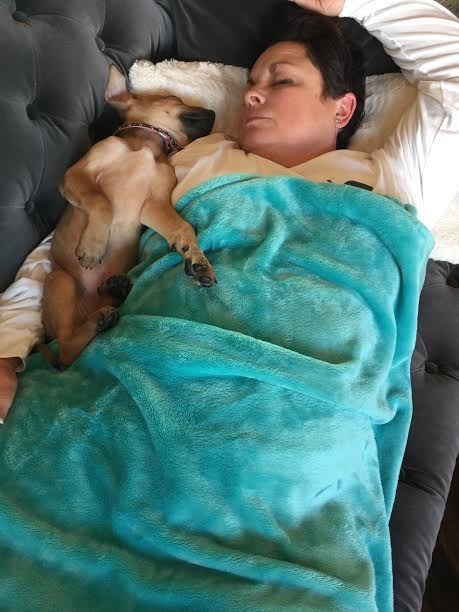 Source: Karen Rene'e
In the Rene'e family, hugs and cuddling are a necessity between the pups themselves and with their humans. "They can't stand to be by themselves and snuggle in 'twosies." The dogs are gaining weight and growing up before everyone's eyes. They are now ready to be adopted by a loving family who will give them the attention they deserve. 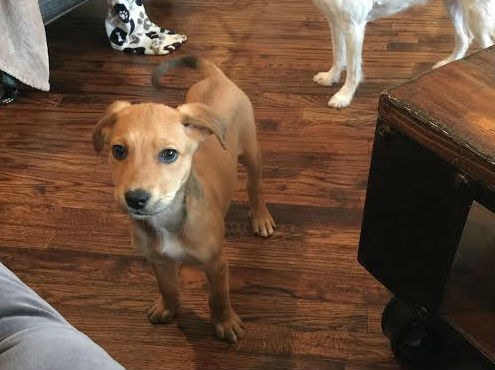 Source: Karen Rene'e
If you live in the United States or know someone who does, you can apply to adopt them here. You can also make a  donation to help support the work of Karen and the other volunteers at The Underdog Project.