A day after Hurricane Irma ripped through Florida, Melissa Marino, a reporter for WFLA News and her cameraman, James Cook, found themselves lost as they drove around Polk County, central Florida.

The area had been badly hit by the storm, so it was difficult to find their way through the rubble and floodwater. But as they drove through the quiet streets, they suddenly heard a heart-wrenching sound – dogs barking, as if they were in grave danger. Following the noise, they found 4 dogs trapped in flooded cages, and a 5th standing on a table in an effort to escape the rising water.

Marino and Cook went to ask the neighbors about the dogs' family, hoping to find them and get them to safety. But sadly, they were told that they had evacuated before the hurricane hit, leaving their dogs in their cages with no food or water – or any way to escape. The neighbors themselves had tried to save the dogs, but were unable to open the cages safely and could only make sure that they had something to eat and drink. 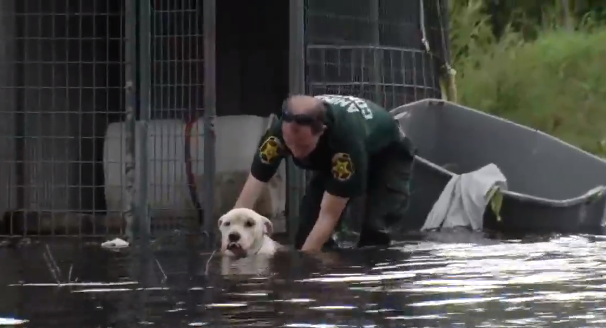 Marino immediately contacted local animal control, but was dismayed to hear that they wouldn't take the dogs. Spokesperson Carrie Horstman, later explained that, since they didn't have any proof that the canines had been abandoned, they couldn't come and take them away. She told The Dodo in an email:

If you think about it this way, the owners may have been gone a mere matter of hours. We have no way of knowing this, and we can’t just take someone’s dogs out of their yard if they aren’t there unless the dogs are in distress. 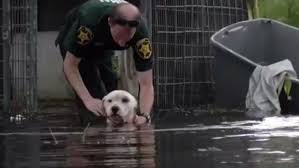 However, Marino, frustrated by the lack of response, posted photos and videos of the dogs on WFLA's Facebook page, where they quickly went viral. Hundreds of people took to social media to voice their indignation and, finally, animal control changed their minds. Soon, the 5 dogs were being saved from their perilous predicament. Although terrified and shaking, they were clearly grateful for the rescue.

They were taken to a nearby shelter to wait for their family to return but, several days later, have not yet been brought home. However, they at least survived the hurricane. Many other animals weren't so lucky. 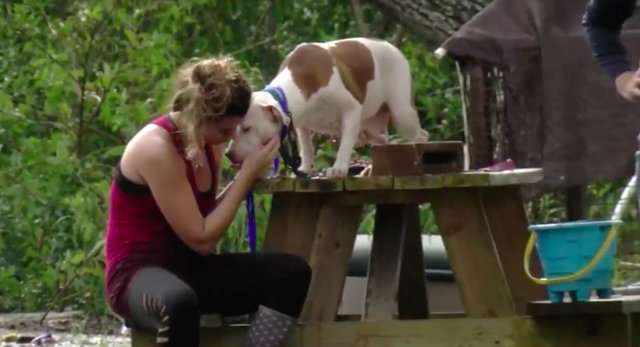 You can watch a video of the rescue below: