A simple cardboard box. That's all that was protecting four kittens abandoned in the streets during a snowstorm in the beginning of January. 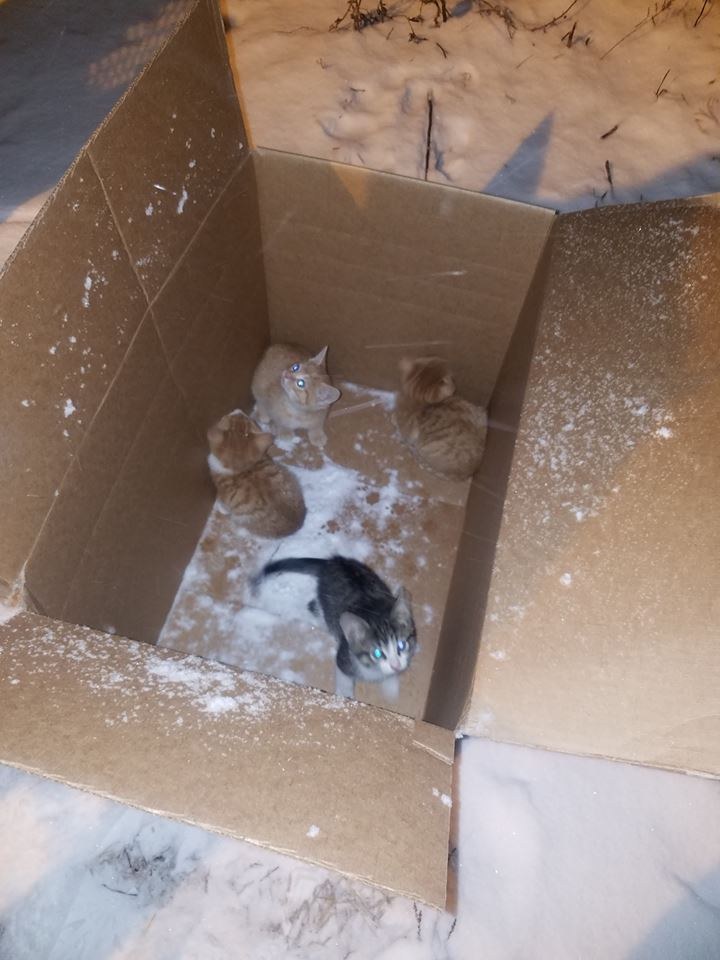 If a woman didn't happen to wander past the street in Cleveland, Ohio (U.S.A), no doubt that the four babies would not have survived the glacial temperature of that winter night.

The woman contacted the police, who contacted the Cleveland Animal Protective League. The president of the organization, Sharon Harvey, explained:

The way the temperatures dropped, if they were left out overnight, I seriously doubt they would survive.

The association immediately sent volunteers on-site, before bringing the babies to the shelter where a vet examined them. 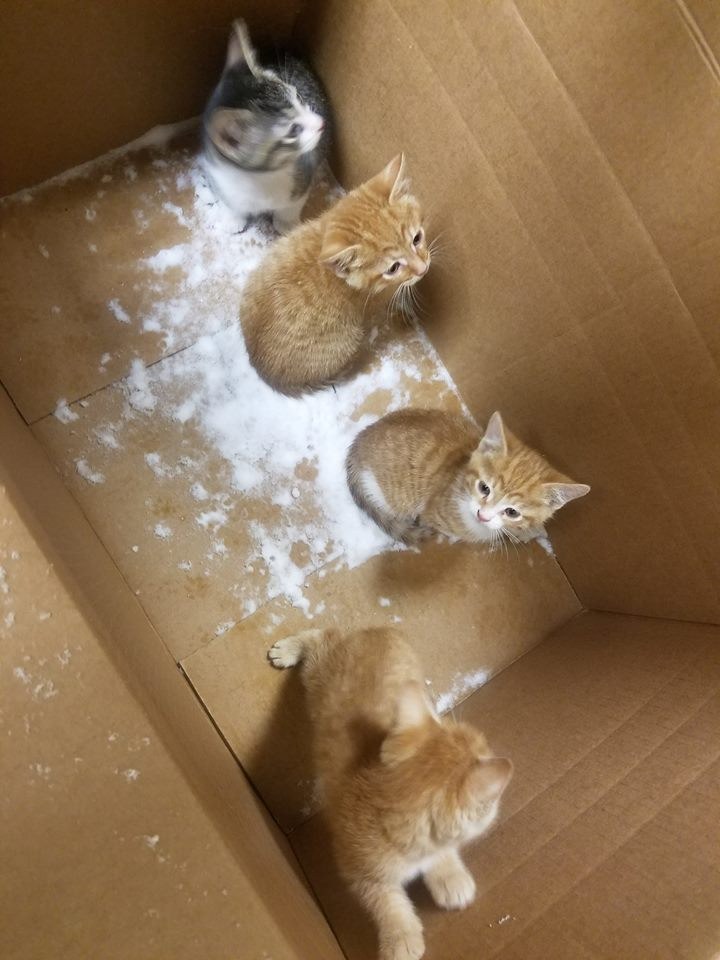 Thankfully, the kittens were in good health – other than some runny noses. They most likely had huddled against each other for warmth, which no doubt saved their lives. The adorable felines have been named Smalls, Squints, Repeat and Benny. 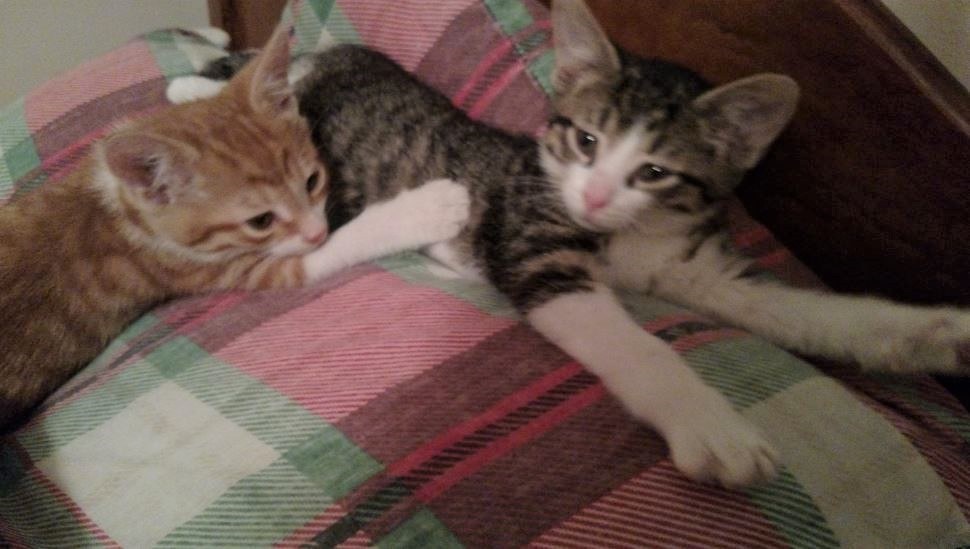 After a period in a foster family, the animals will be put up for adoption as soon as they've regained enough strength. 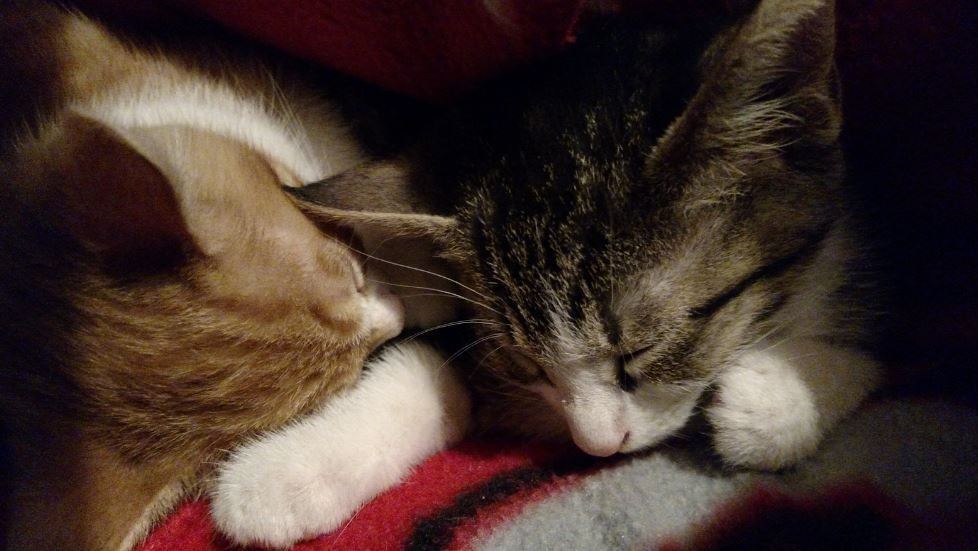 You can make a donation to the Cleveland Animal Protective League by clicking here.