Last October in Florida, police officers saved three Pit Bulls who had got stuck behind a sewer drain.

Matt Rush's trained ear picked up on the distressed barking, which seemed to be coming from nowhere when he drove by the the city of Cocoa. 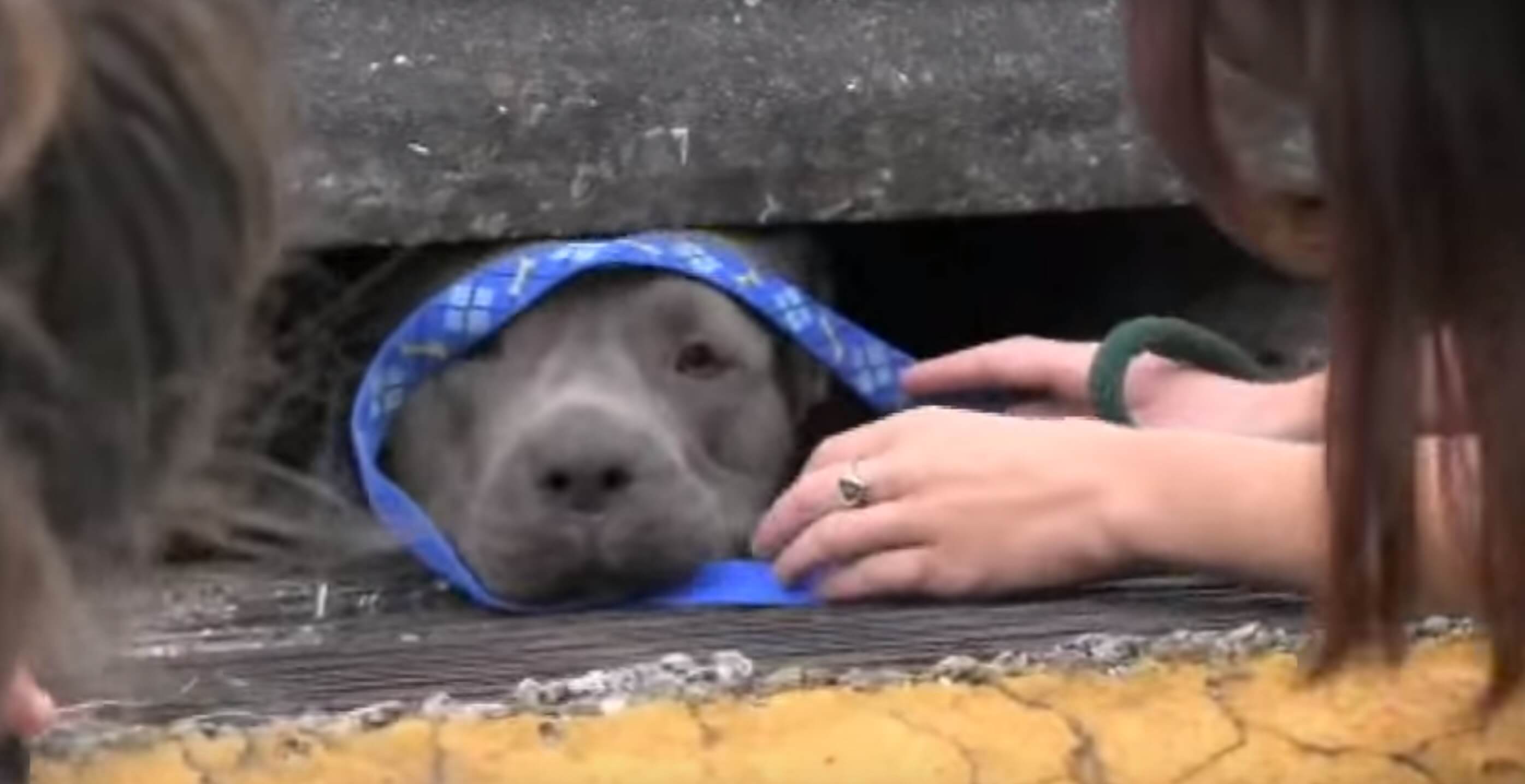 The policeman stopped to investigate. To his great surprise, he found three panic-stricken Pit Bulls trapped under the road, their muzzles poking out from behind the grill of a drain.

My first thought was how in the world did they get in there and how did I manage to hear them?

The officer immediately called for reinforcement to help with the animals. Other policemen and fireman quickly arrived on the scene. 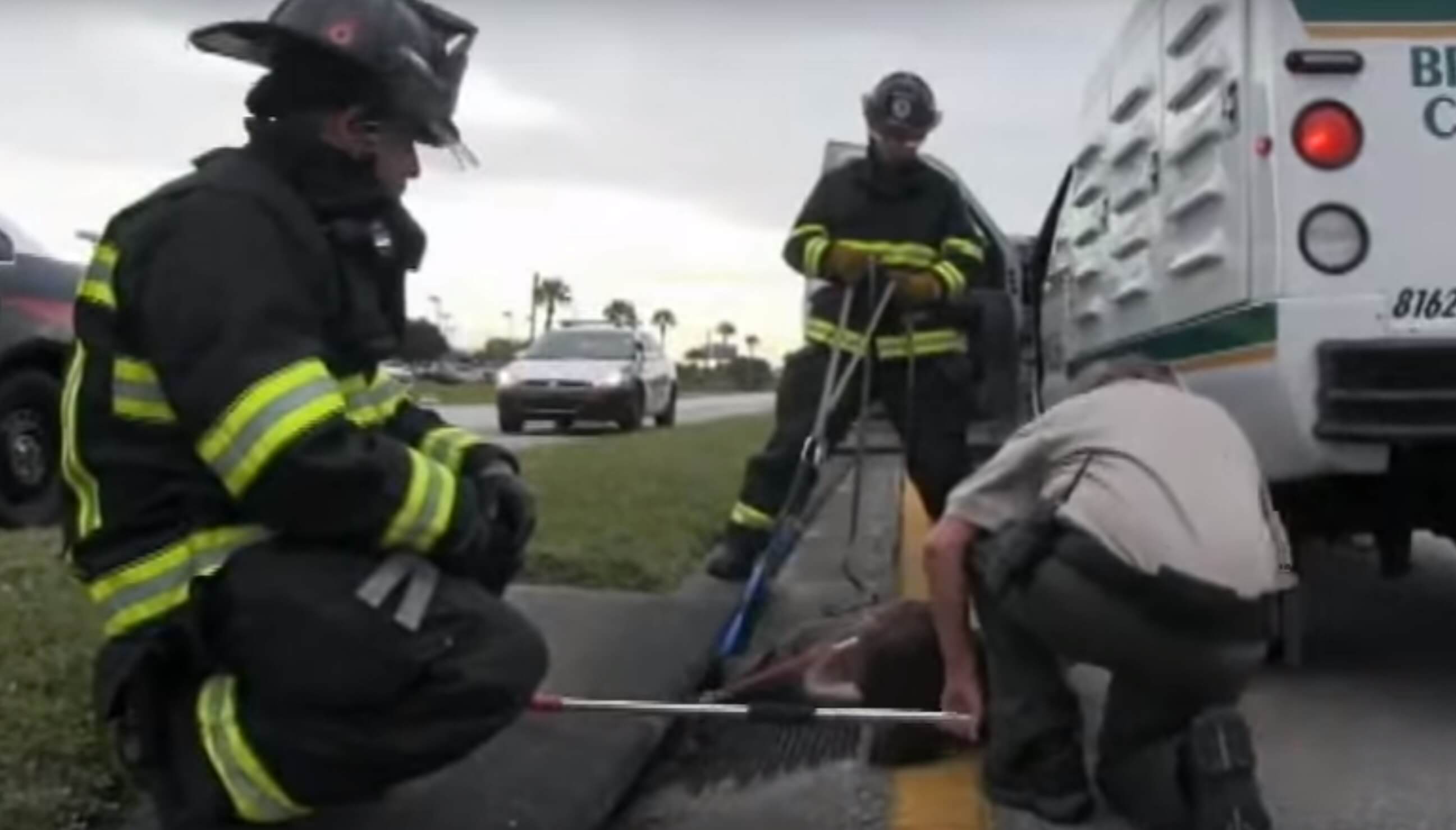 They carefully take off the grill which was imprisoning the dogs, put leashes round their necks and managed to haul them out gently, towards firm ground…

The Pit Bulls were altogether very calm and collected, letting the policemen take care of them. Nonetheless, they were obviously relieved to have finally got out. 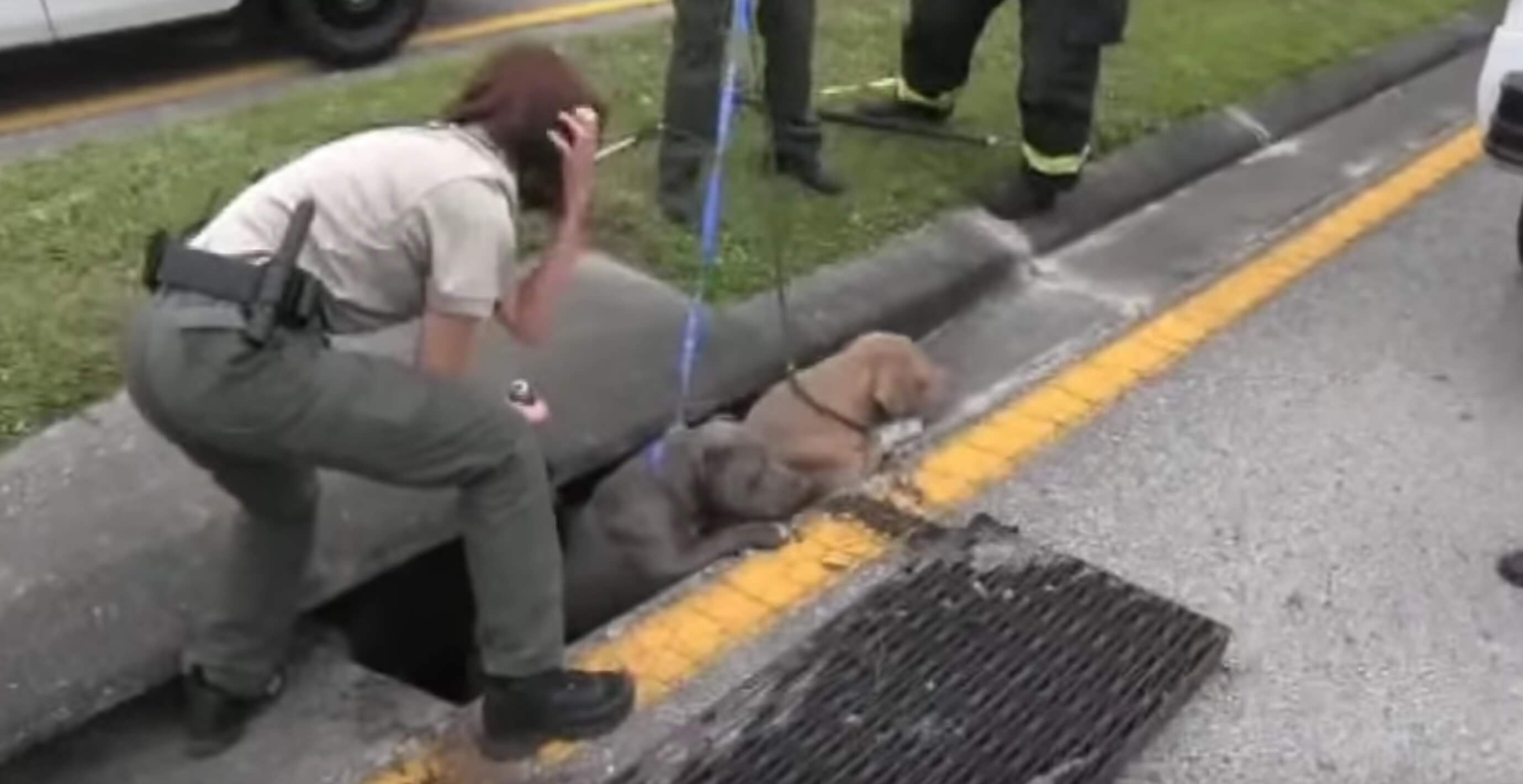 Nobody knows how long they were trapped, nor how they managed to get there.

The policemen believe that the pups snuck into the drain after it was accidentally left open by the city's workers, and couldn't get out again.

They were then taken in by special services, who will care for the dogs until they can find their owners. And hopefully they'll forget about this little mistake!

Watch the video which captures their moving rescue:

Watch: 3 pit bulls rescued from sewer drainA Cocoa police officer found three pit bulls huddled in a sewer drain on the side of the highway. Animal Services is caring for the dogs and trying to find the owners. Read the full story here: http://at.wftv.com/1GGDkgx
Watch the heartwarming rescue: