Accompanied by local police, volunteers from the group went to a small apartment, where a couple were breeding the dogs as a source of extra income. They were illegally selling each puppy for 250 Euros (around $290) on Le Bon Coin (a French website similar to Craigslist or Gumtree). 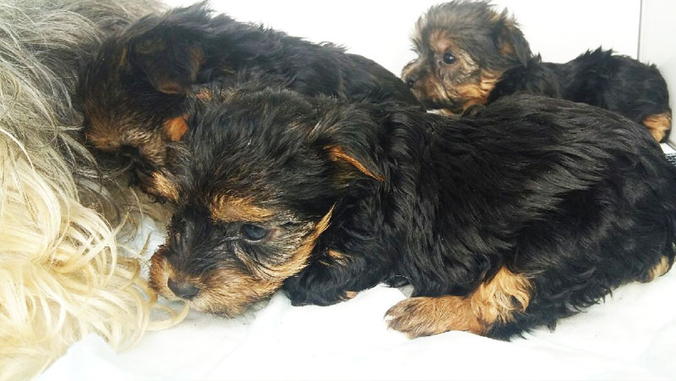 The conditions the dogs were found in were particularly alarming. Jennifer, who manages a branch of 30 Millions d’Amis, explained:

Apparently the couple had cleaned up a bit before we arrived, but the floor was still sticky with urine. Some of the dogs were sleeping in pots. 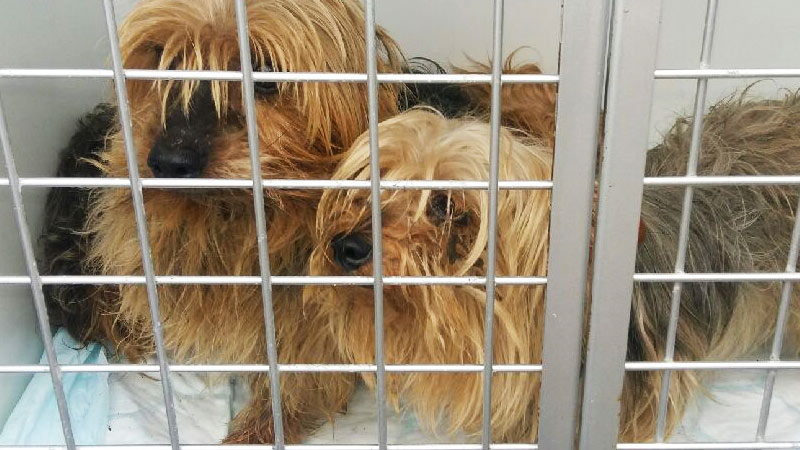 Altogether, 15 dogs aged between 1 and 6 years old were saved. Extremely badly socialized, they were covered in fleas and matted fur that had to be extensively groomed out once they got to one of the organisation's shelters. Although safe, the rescued dogs are still very anxious, something which the volunteers hope will slowly disappear when they get adopted by new, loving families.

Puppy mills and backyard breeders, such as the ones breeding the Yorkshire Terriers, have proven to be damaging to puppies, the mothers who are forced to have litter after litter with no regard for their health, and also to breeds as a whole, as they often don’t care about how healthy a dog is as long as they can make a profit.

There are, of course, many ethical breeders, who truly care for the happiness and well-being of their animals. They will not sell to people who they don’t think can care properly for a dog, even if it means losing out on a buyer because they do not want to see any dog abandoned or abused.

People looking for a purebred should always visit the home of their prospective puppy, where they can see where they have been brought up, look at the mom and ask questions to the breeder.