Vancouver International Airport announced on August 22nd that they had introduced something very special for the hundreds of thousands of passengers who go through their doors every year; therapy dogs!

The chance to cuddle with a friendly pooch is part of a new initiative, the Less Airport Stress Initiative, which aims to help travelers with their stress and anxiety.

An airport can be a hub of worries. The thought that your luggage could get lost, the strict security procedures, or just a fear of flying could make anyone panic. But luckily the canine team are here to help! 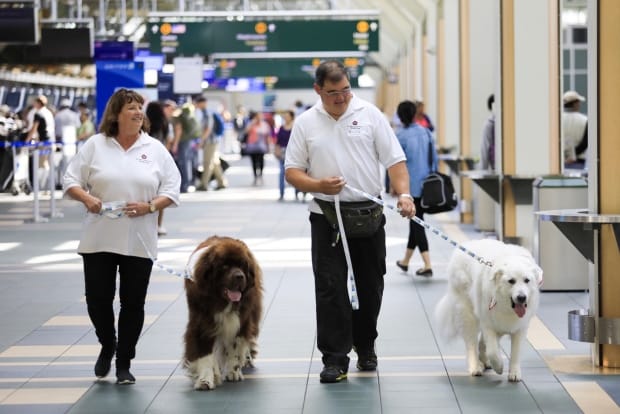 The dogs, known as 'ambassadors', come from St John's Ambulance service and will be wearing bandannas around their necks, so that the public can see which dogs they are allowed to go up to and stroke for a bit.

There are currently 7 therapy dogs at the airport - Molly, Bailey, Mira, Norman, Grover, Kermode and Soda – who work for two hours over lunch Monday to Friday, but Vancouver International says that they hope to grow the program to include weekday nights and weekends soon. 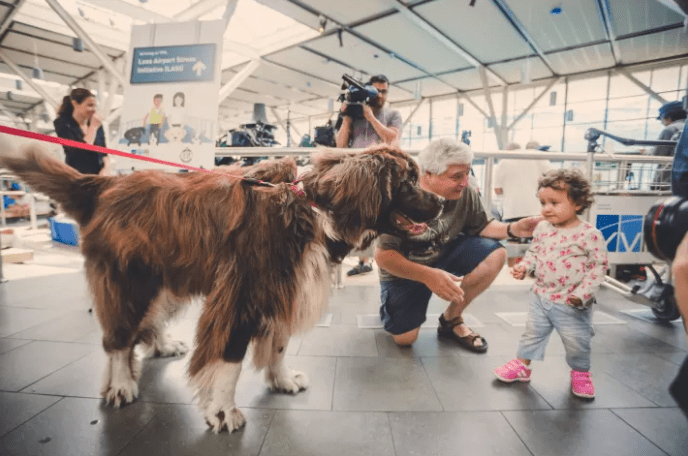 It looks as though they are already making a great impact too. One of the handlers accompanying the dogs, Gerry Redmond, said that therapy dog Bailey had been a great help to one passenger:

She shared with me that she had only flown once before, it was a very happy occasion when she flew down east to her daughter's wedding. The woman suddenly became emotional and [I] asked what was wrong. She said, 'Today, I'm flying to my daughter's funeral.'"

According to Redmond, Bailey immediately began to cuddle up to the woman and give her affection, giving her "a moment of joy in a situation that was terribly sad and stressful." 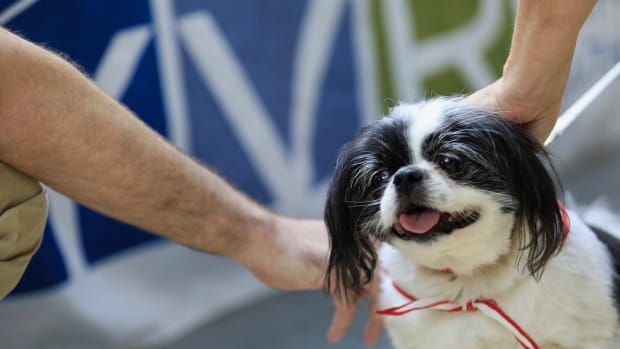 Although airports can be busy and overwhelming places for dogs to be, the airport has said that the canines are watched closely for any signs of stress and taken to quiet areas if they need some down-time. If they don't want to go back into the airport, their shift ends early.

The therapy dog team at Vancouver International Airport will be patrolling the terminals between 11am and 1pm Monday to Friday.