On Sunday, June 25, two tourists driving down the highway in Assam witnessed something extraordinary – a rhino charging his way down the busy road. 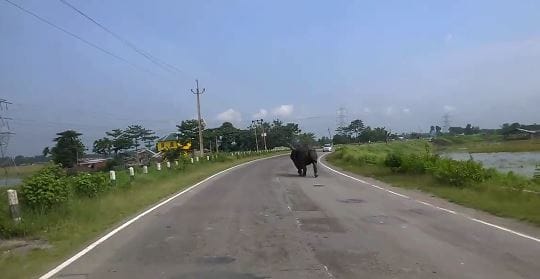 Shocked and slightly scared, they filmed the event and posted it online. They were even more shocked to see the reaction to their video. So far, it has been viewed over 13 million times.

Initially, viewers were dubious as to the credibility of the footage, but the Facebook page North East of India, where it was posted, assured that the clip was completely authentic. They explained:

In rainy seasons, its a regular view in Assam. Go to near by areas of Kaziranga national park and other national park of Assam , you will get this kind of scenario. 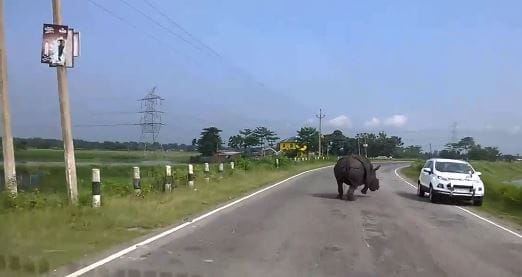 The animal has since been identified as a Greater One-Horned Rhino. This huge species can weigh between 4000 and 6000 pounds and can be between 10 and 13 feet long according to WWF.

The passengers can be heard remarking on the impressive size of the animal in front of them as one exclaims “Look at the size of the thing.” 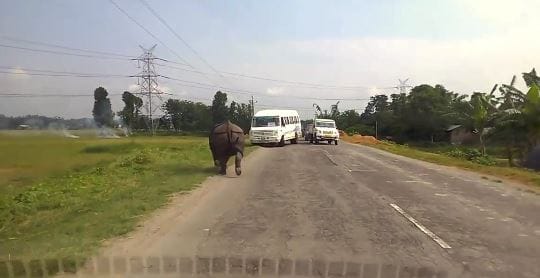 They managed to keep a safe distance from the animal who seemed distressed and even charged at cars on the road, one of which had to reverse and perform a U turn to avoid a collision.

Sightings of these impressive creatures are becoming more popular in this state, which is home to 70% of Greater One-horned rhinos. The species is listed as vulnerable on the IUCN red list but fortunately, their population has begun to rise in recent times.

Watch the impressive video below: