This viral video, taken on November 13, has already close to four million views and counting. Filmed in Chuchill, Canada, it shows a polar bear very close to a sled dog, "petting" his head.

"I didn't have any idea of what was going on, and then (the polar bear) started to caress the dog, and act as if they were friends", said David de Meulles, who filmed the scene. But this "friendship" was not natural. And even if it is making everyone smile, the truth behind it is tragic.

Canadian newspaper CBC reported that some days earlier, in the beginning of November, a different dog was attacked and devoured by a similar bear. "It was the only day where we didn't feed the bear," explained Brian Ladoon, the landowner where the video was filmed. 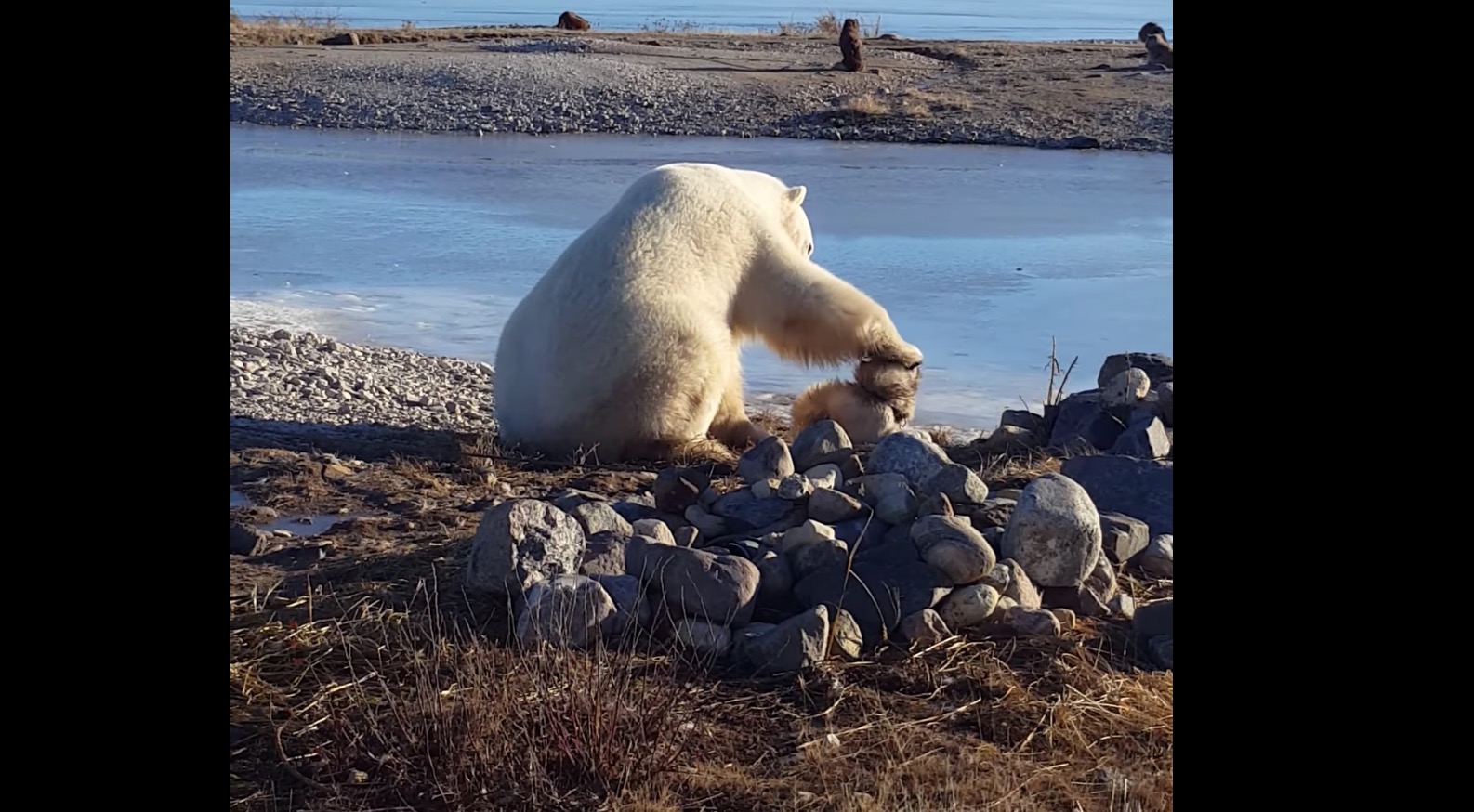 The Canadian, who is also a sled dog breeder, got into the habit of bringing tourists to look at the polar bears from close up on his property. And to attract the animals, he would feed them regularly.

Canadian authorities consider this an irresponsible attitude, leading to the death of one dog who had no way of defending himself and creating problems for neighbors in the region. 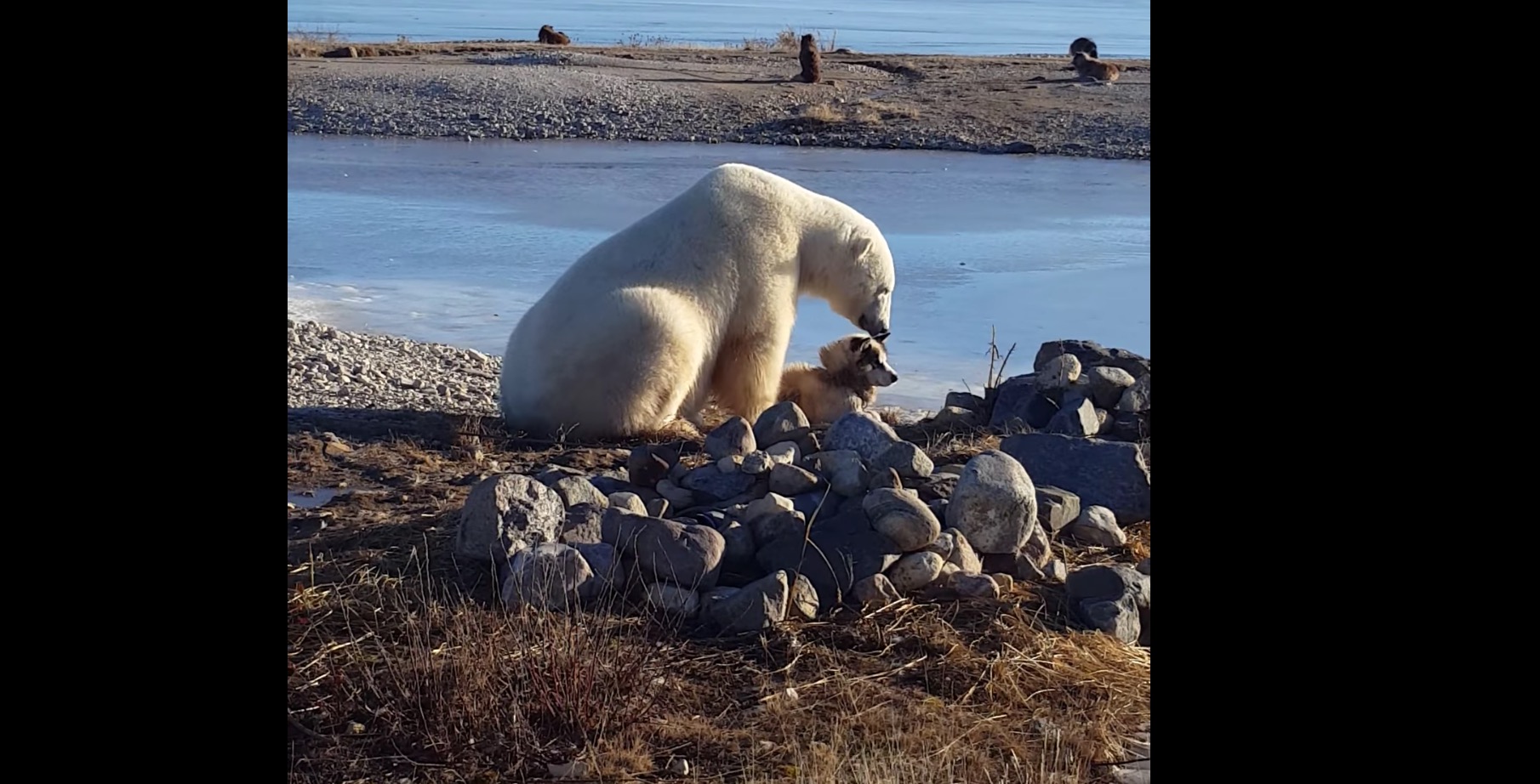 A spokesperson for Manitoba government agency, that protects the environment, explained to CBS :

Conservation officers had to immobilize a bear in that area last week and move it to the holding facility because it killed one of his dogs. A mother and cub were also removed because there were allegations the bears were being fed and the females' behaviour was becoming a concern.

The Canadian authorities saw this viral video and the unfortunate death of the first dog as an opportunity to remind the public that it's officially prohibited to feed wild bears, for their own sake. "Any situation that brings bears in to feed in an unnatural situation in association with human beings … should not take place at all," they added.

Only around 25 000 polar bears are counted in the wild today, as the species is highly endangered by climate change, exploitation of the oceans and gas and petrol extraction. The WWF has been campaigning for years to save them. The organization claims that 42% of the surface of their natural habitat will have disappeared by 2050 if ice continues to melt and be destroyed.

For more information and to help the WWF in their fight to save the polar bears, click here.