Following the death of Arturo last week at the Buenos Aires zoo, this polar bear is now "the world's saddest".

The polar bear is tragically put on show in an aquarium at the Grandview shopping centre, in Guangzhou in China. 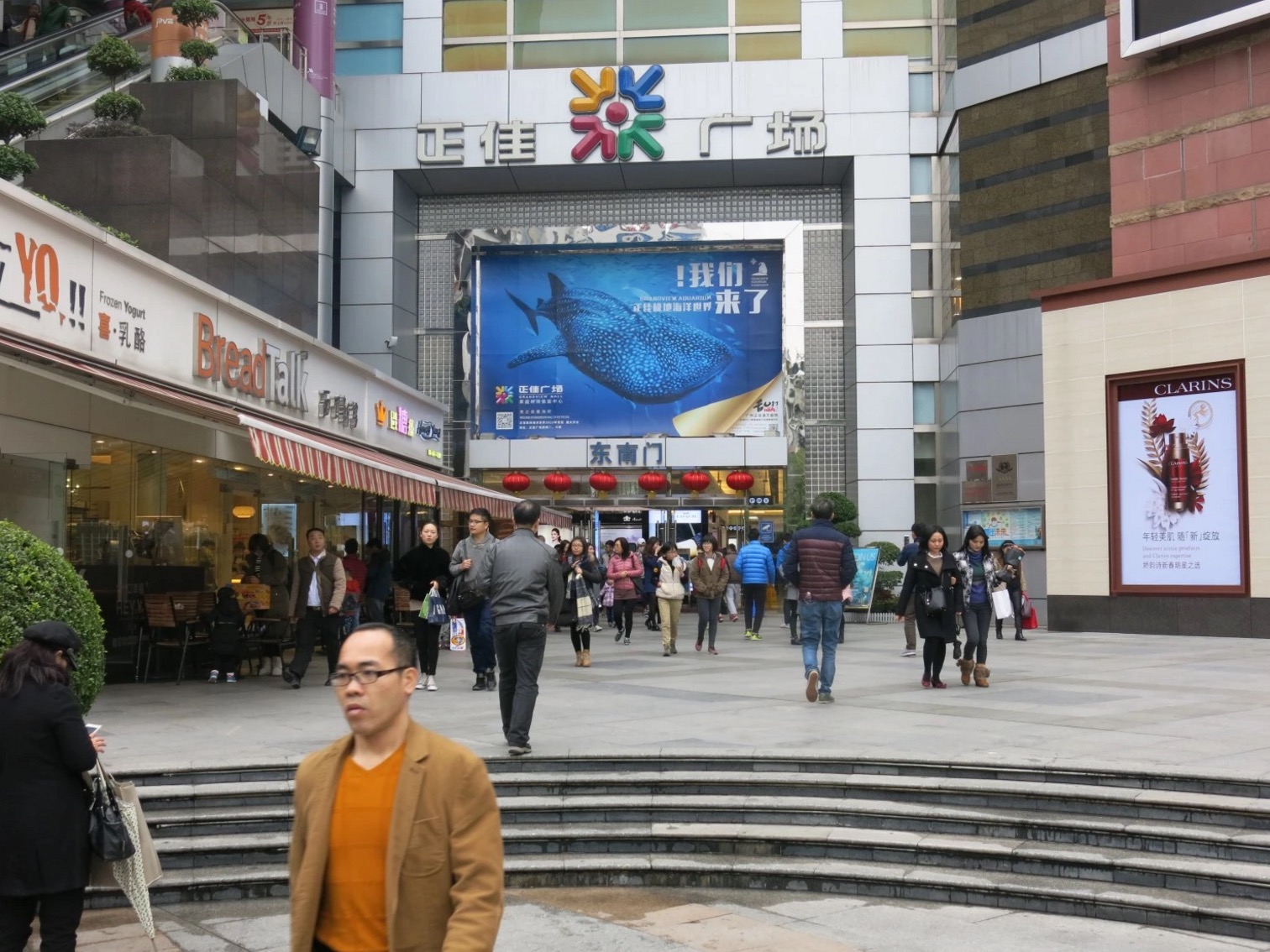 In the many videos that have been shared across social media, you see an animal who is at best apathetic and depressive at worst, steeped in deep suffering.

The polar bear barely moves, imprisoned in his cramped enclosure without any contact with the outside, his eyes blinded by the flashes of the cameras. 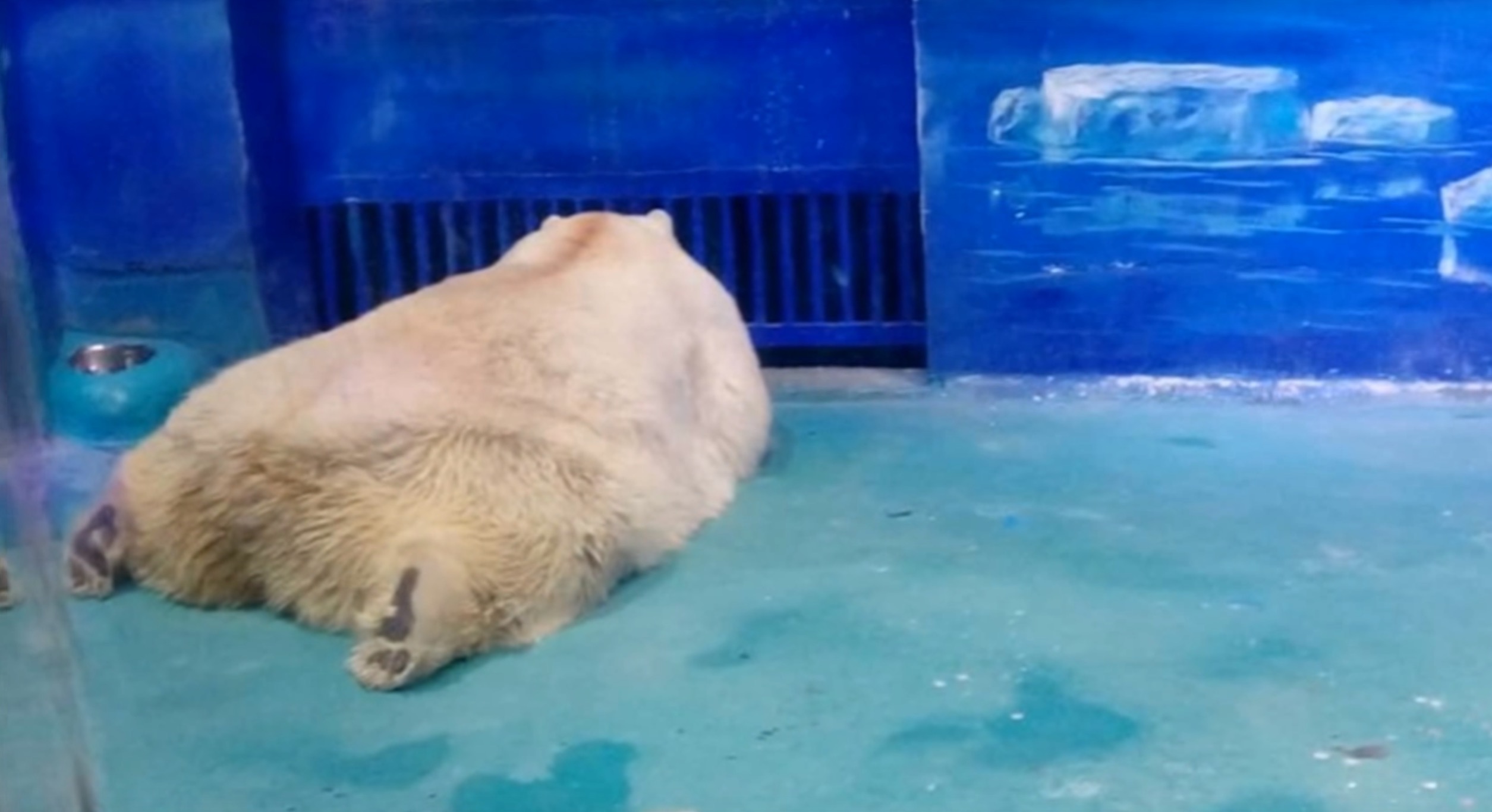 Every day as they pass between shops, visitors hassle the bear by yelling and banging on the glass walls of the enclosure for a selfie.

It's a truly tragic situation that has caused uproar among animal rights groups. The organisation Animals Asia has been fighting since March to get the aquarium shut down. 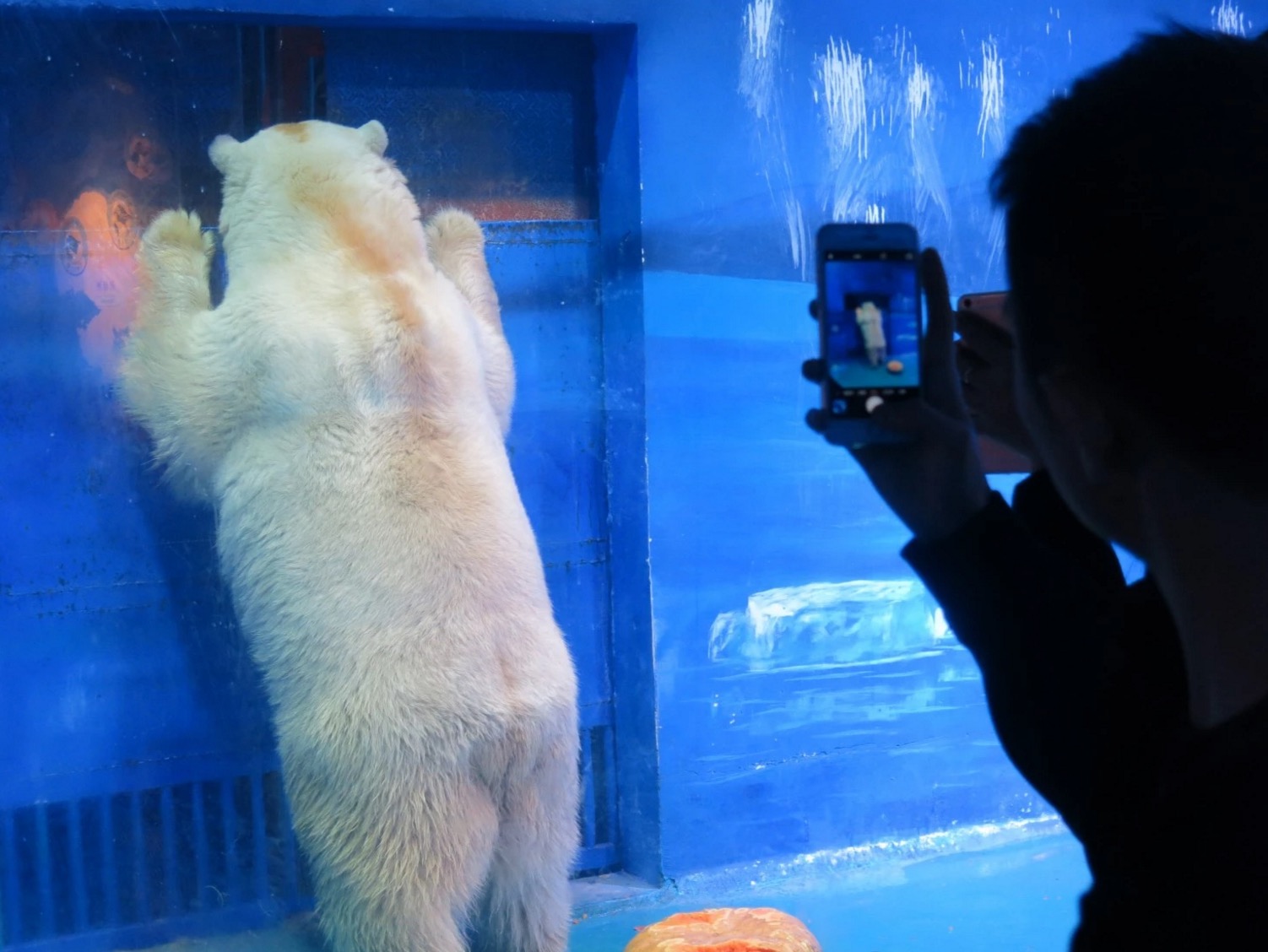 There is no excuse for any animal to be trapped this way but it’s widely believed that polar bears are one of the hardest of all animals to effectively provide for in captivity. […] Polar bears require huge amounts of space. Large enough for them to walk, run, climb and hunt […] This bear has no peace and nothing natural to take comfort in.

Dozens of other animals are victims too

But this polar bear is not the only prisoner of this revolting business. Just next to him are six young beluga whales, two Arctic wolves, five walruses and another bear suffering in conditions which are just as cruel and inhumane. 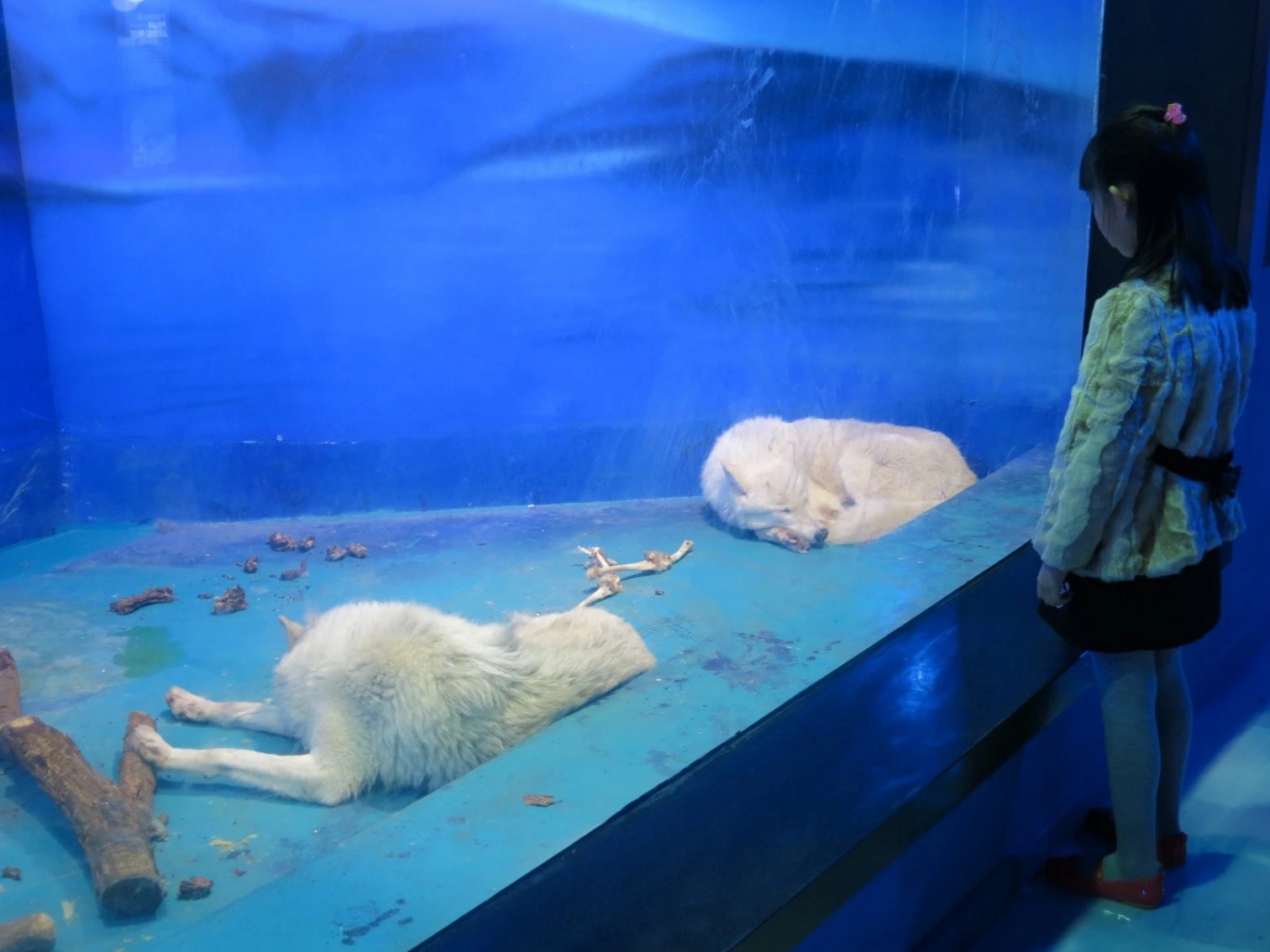 Make no mistake. Keeping animals in this way is not acceptable. We’ll keep helping, we’ll keep pushing for change. We do appreciate being listened to. We appreciate doors and minds being opened. If our experience has taught us anything – first you open doors, then you open cages. 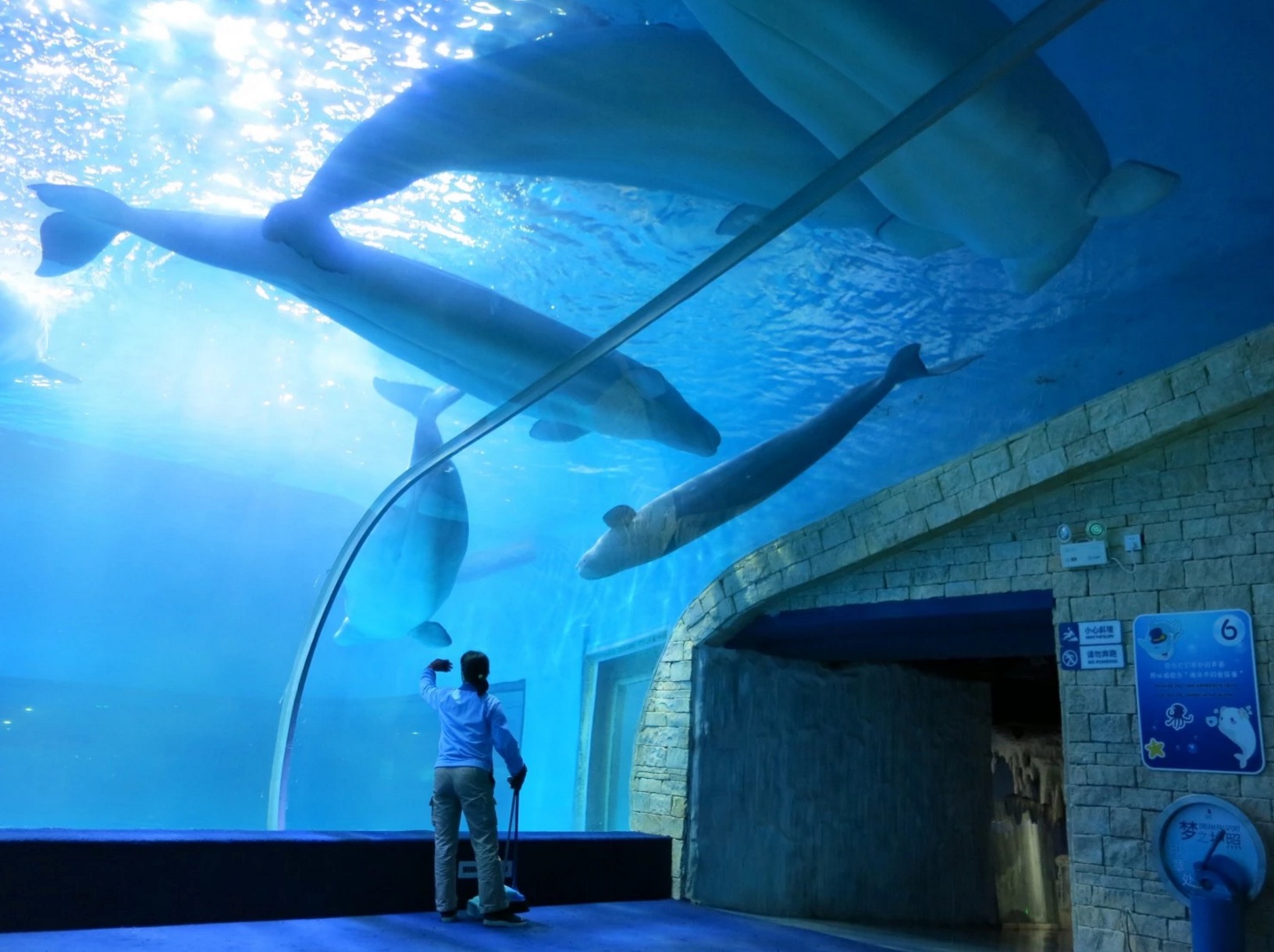 Animals Asia recently launched a petition demanding for the Grandview zoo to be closed forever. More than 200,000 people have already added their signature to the petition, which specifies: "Today Animals Asia asks you to add your voice to calls to close Grandview Aquarium."