Over the past few days, a horrifying video has been causing outrage all over the internet.

It shows two Indian students from Chenmai, in the south of the country, cruelly throwing a dog from the top of a building.

The video, which lasts about thirty seconds, depicts one of the students grabbing the poor animal by the skin of his neck and smiling at the camera, before launching him into the air.

Look at what this filthy and miserable excuse of a human being does to the poor doggy who keeps wagging her tail until the last moment… She kept trusting the man even when his dirty mind was planning the worst for her.

Please share and help trace this @#$€£¥₩ . This is definitely in India and I am sure someone or the other can finally recognize the man in it. Any information regarding this video and the person in it will be rewarded monetarily.

The cyber crime cell in Chennai is currently investigating the case.

Humane Society International/India is offering a reward of 100,000 Rs to anyone who is willing to volunteer valid information leading to the arrest and conviction of the person responsible for this evil.

Somehow, the dog managed to survive the dramatic fall with only a few fractures. 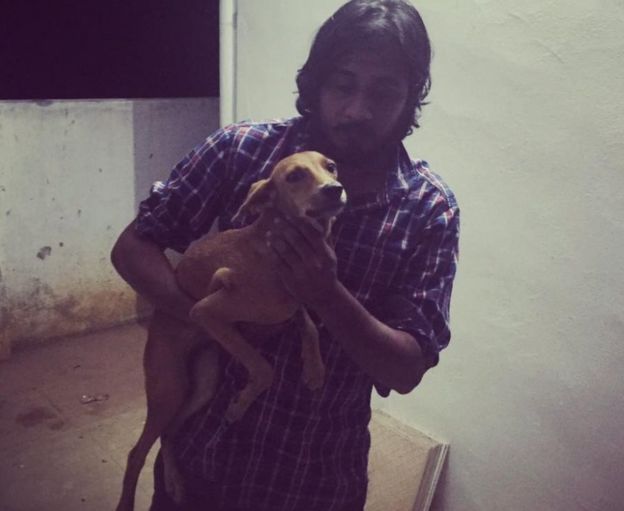 Shravan Krishnan, an animal rights lobbyer, rescued the dog in the first place. He tells the BBC:

She was terrified, cowering under a stairwell and urinated when I picked her up. But what broke my heart was that she was still wagging her tail.

Shravan Krishnan named the young pup Bhadra, from the Hindi for "blessed", and took him as quickly as possible to the veterinary clinic. 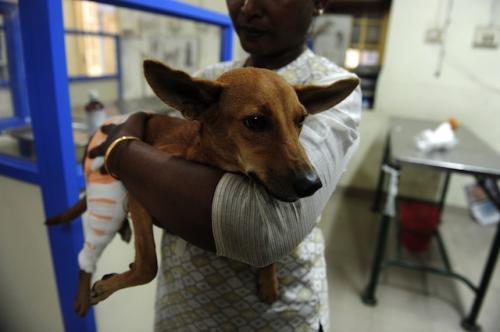 The culprits were quickly found…

The video of this revolting crime was posted on Facebook and quickly went viral. Thousands of outraged internet users expressed their horror and came together to find the culprits as quickly as possible.

The two young men were therefore quickly identified as medical students from Madha, in the southwest of the country. 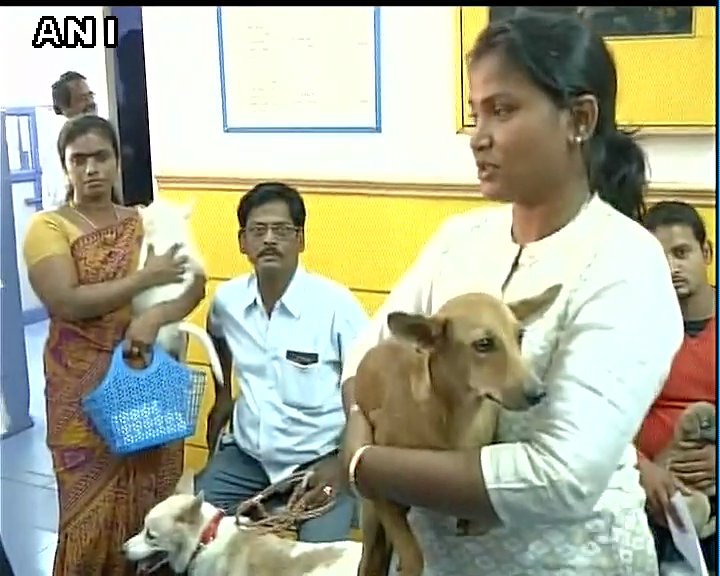 …and then released straight away

When the story blew up over the internet, the pair frantically left the city for the safety of their parents' houses in their hometown. Authorities found them in the morning of July 6.

But just a few hours after they were arrested, the two men were released on bail in exchange for 10,000 rupees (£155) each. Nothing more.

There are no strict penalties for animal cruelty in Indian law: the poor animal's torturers will face a grand fine of…50 rupees (58p). 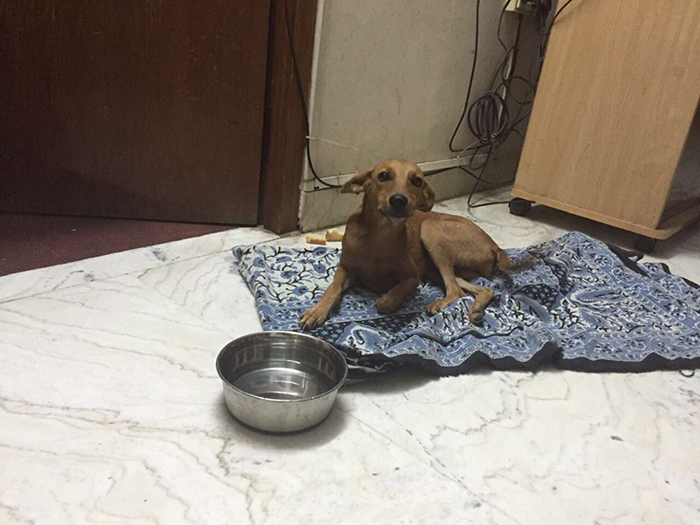 This disgusting leniency has greatly upset animal lovers and reopened the debate on the strictness of penalties in India.

Shravan Krishnan, the dog's rescuer, expressed his disappointment that the torturers have not been sufficiently punished for their crime. He continues:

This is how 'strong' the animal welfare laws are [in India]. With video evidence and so much of public outrage we couldn't remand them [the culprits] even for one day . We are extremely disappointed and it's a 'Black Day' for Animal Welfare in India.

The Animal Welfare Board of India (AWBI), the main body for animal protection in India, has spent several years fighting for stricter penalties for cases of animal cruelty, along with hundreds of other smaller organisations. 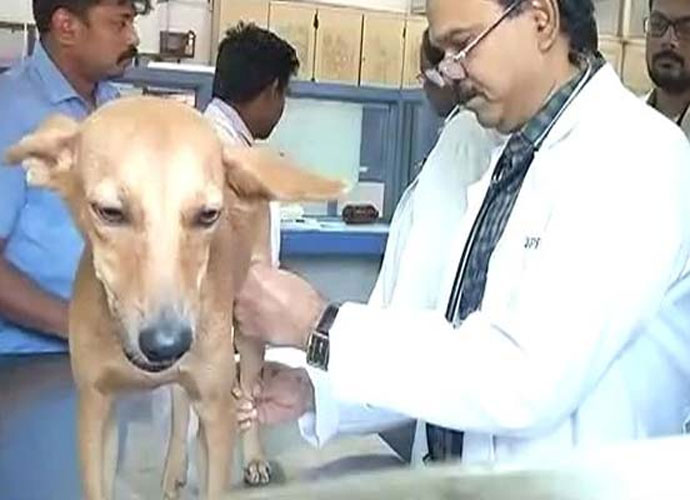 The medical school has announced that the two young men will be expelled and not allowed to finish their education.

As for Bhadra, the little dog, she is still in the care of the medical team at the veterinary clinic. Her life is in no danger and her rescuers have already received many offers from those willing to adopt her.

Chennai: Veterinary doctor conducts medical check-up on the dog that was thrown off a terrace, says it is in shock.https://t.co/e72dqCrbDr