In January, we told you the tragic story of Baron, a Rottweiler who was the victim of a barbarous act of violence. He was found alone with his ears and nose cut off. He had a long recovery in a veterinary clinic Michigan.

Since then, Baron had surgery to reconstruct his muzzle and to protect his airways. Before checking out his incredible transformation, a quick recap of his story:

(Caution: Some images may be graphic.)

On January 17, a  brown Rottweiler mix was found with his ears and nose removed. A $2500 reward was proposed by Detroit authorities for anyone who can give information which would lead to the culprit behind the horrible crime.

Mark Ramos, the investigator for the Michigan humane society, described the facts to Fox 2 Detroit:

A passerby went to give food to the visibly confused dog, when he noticed his shocking state. 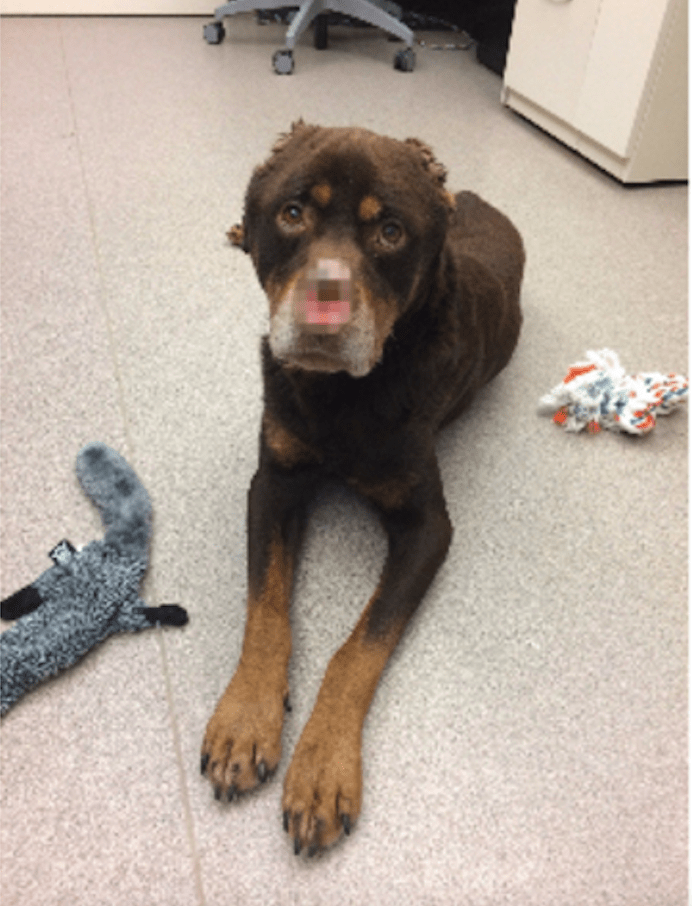 The canine who has since been named Baron, was taken into a veterinary clinic, where they did everything possible to minimize his pain. In a press release, Ramos explained:

It appears that someone purposely maimed this poor dog, which has caused it a great deal of suffering. This kind of cruelty is unacceptable. We need to be a voice for these animals and as a community we need to speak through our strong actions to make sure this doesn’t happen again.

But despite the violence he was subjected to, Baron has remained friendly and affectionate. This leads the vets to believe that this act of barbary was not committed by his former owner. 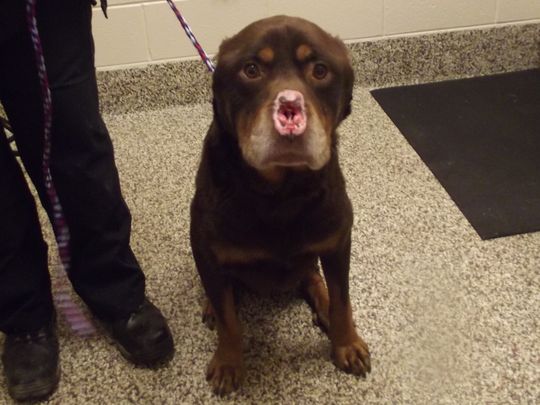 There is nothing else to do other than hope that the reward will allow police to quickly locate the person behind this crime. Baron will be put up for adoption when he finishes his long recovery.

On February 10, 2017, the veterinary clinic MSU Vet Med published on their Twitter page this message, accompanied by a photo:

We're happy to report that Baron is doing well two days after his surgery with Dr. Stanley. 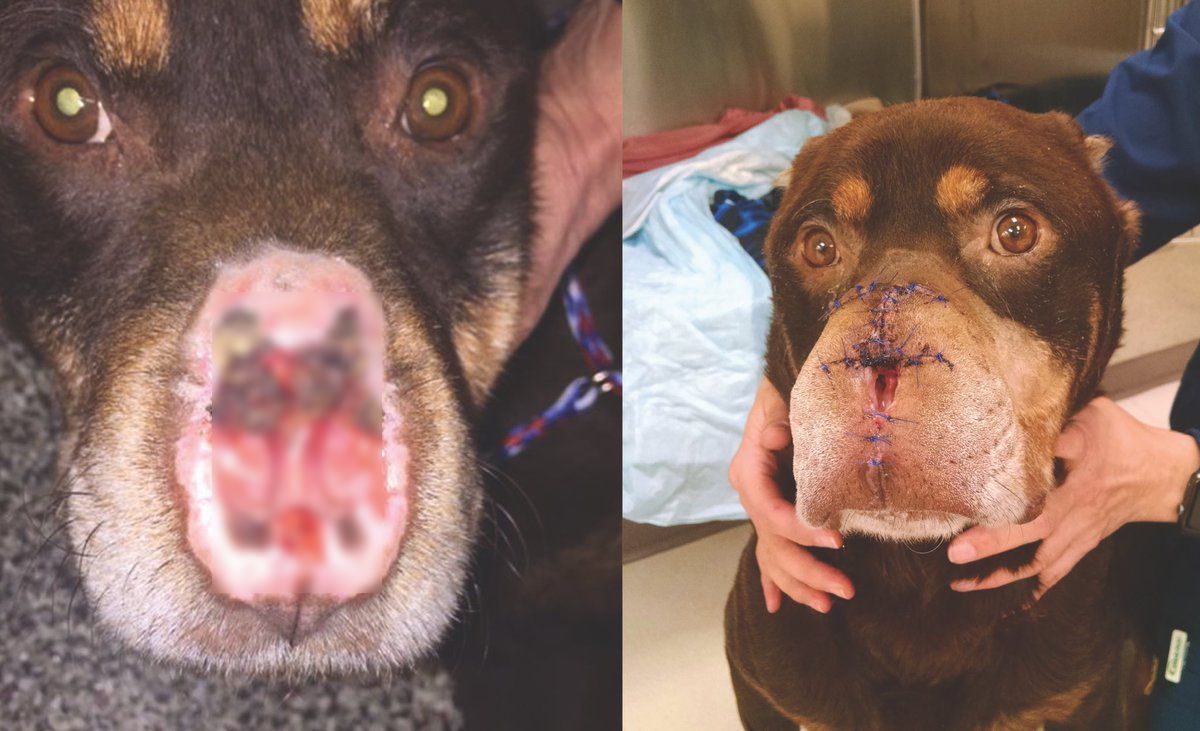 Dr. Bryden Stanley, a surgeon specialized in tissue repair, confirmed that Baron is recovering well and that he is quickly scarring. The operation consisted of connecting two pieces of skin to reconstruct his muzzle. A piece was also stitched under his nose to narrow his nasal passages.

Dr. Robert Fisher, veterinarian for the Michigan Humane Society, was charged with fixing up the dog's tail. The two doctors decided not to operate on the ears of the animal, which had already healed well.

Dr. Stanley is proud of the aesthetic results of the surgery and assures that the surgery will permit the Rottweiler to once again live a normal life. "I think his muzzle looks quite good, and it’ll be even better once his fur grows back," she added.

Concerning the investigation aiming to find the person behind this monstrous act, it is still in course. The initial $2500 reward promised to anyone with information leading to an arrest has been increased to $40,000.

In addition, more than 30 people have already volunteered to adopt Baron when he completes his healing.