On November 26, Thomas, speleologist for The Speleological Association of Central Doubs, and his team, had the surprise of their lives in the middle of an inspection of some chasms in the Laviron area. A baby goat, fallen inadvertently, was desperately trying to make her way back to the surface, reports the French site Fondation 30 Millions d'amis. 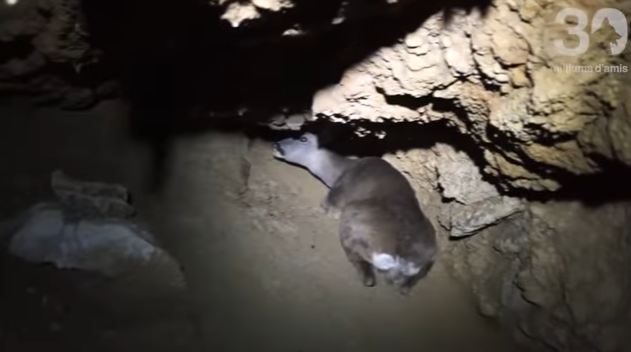 At first, the speleologists, convinced the animal would be able to escape by herself, continued their work, but came to make sure that she had made it out. Unfortunately the goat was still curled up in the crevice, paralyzed with fear. 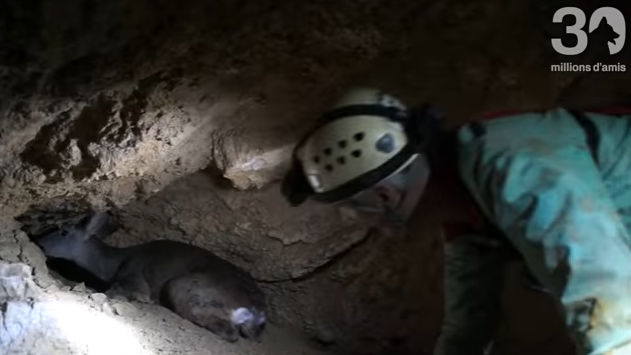 The scientists decided to act. Pascal, another speleologist, called four of his friends, and launched a rescue operation. To make sure not to accidentally hurt the animal, the man contacted agents at animal control. He admited:

We were afraid, afraid of doing it wrong, of hurting her, afraid she would have a heart attack… 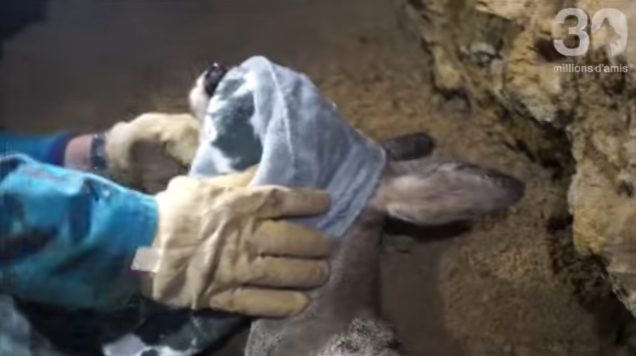 Finally, they managed to cover the eyes of the kid, and tied her legs together to stop her from moving. The rescue was perfectly executed, and once at the surface, the animal fled as soon as she was liberated from her bindings.

Jean-François Courreau, veterinarian and founder of the Center for Wild Animals in Alfort, explained:

While she was restrained, the animal won't move, but as soon as the ropes are cut she flees. It would be that moment that there is a little stress for the goat, but nothing too serious! She is on her turf, she will soon get back to normal. A wonderful story!

The speleologists, in any case, will not forget this surprising meeting underneath the earth's surface.

Watch the video of this amazing rescue below: