Bodza was Kyle Smith's best friend for a very long time and the two were inseparable since the beginning. They were members of the U.S. and had notably spent 189 days keeping each other company in Kyrgyzstan on a security mission, reports The Dodo. 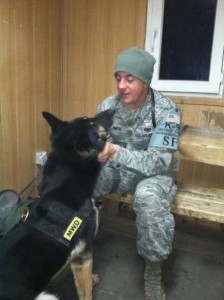 Bodza had been working with the U.S. military since 2006 as an explosive detection dog, and had worked in Iraq, Kyrgyzstan and Kuwait. This pup had saved many human lives by sniffing out bombs when Smith became his partner in 2012. 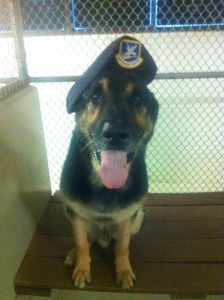 The pair immediately formed an unbreakable bond. They loved playing games together – Bodza would chase horses around the yard, and he would also chase the shadows Smith would make with his hands on the grass. He described his dog as "goofy".

Smith did not hesitate to adopt the animal when the moment came for him to retire. He said:

I took him home the same day. He was even more loyal at home. He followed me around everywhere. He would lay his head down flush with the bed and tell me good night, every night. 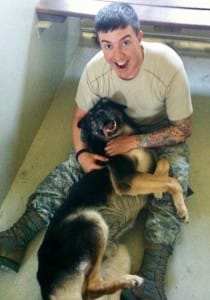 Then, in a tragic turn of events, Bozda was diagnosed with Degenerative Myelopathy, a disease which affects dogs' spines and is ultimately terminal. The pup became weaker and weaker until he even had difficulty going to the toilet. Smith recounts:#

His hind limbs lost their use and he could barely stand up anymore, much less walk. 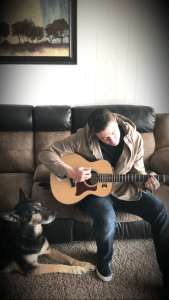 The 11-year-old German shepherd had no quality of life anymore, so Smith had to make the hardest decision any dog lover ever has to make – he decided to end his best friend's suffering. The young man took his pup to the  Fort Bliss Vet Clinic in Texas, along with nine of his coworkers who were there for moral support, and laid Bozda on a blanket to make sure he was as comfortable as possible. He said:

I was holding Bodza as he passed. It was a rush of so many things. It was just overwhelming. He had a smile on his face when he was getting put to sleep. 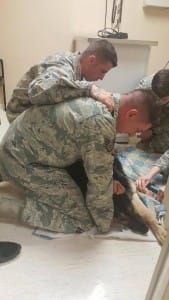 Despite Smith's overwhelming sadness, he acknowledged that his dog seemed happy in his last moments. He mentioned that it meant a great deal to have his coworkers by his side:

They pat me on the back and let me know it was going to be all right. My boss immediately went and grabbed a flag, and draped it over him and let me have a final moment. 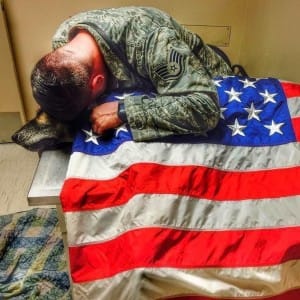 Smith still keeps photos of Bodza in his house and the pup's collar in the backseat of his car. The two truly were best friends. Smith concluded:

He was selfless — more than any human I've ever known. He's done so much for next to nothing and did it with a smile. I miss him every day. 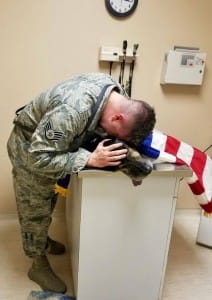