The elephant was made to climb atop a bunch of stools stacked in a pyramid in front of cheering crowds. 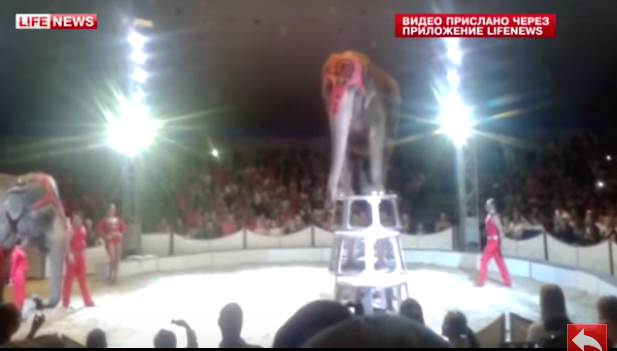 He started swaying and fell about six feet onto the ground, landing on his side in a heavy thud. He fell very close to the onlookers in the front row. 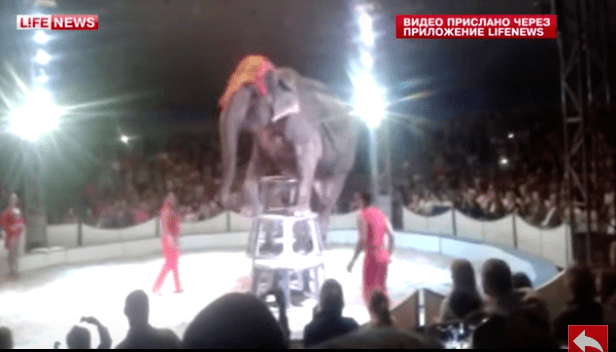 No audience members were hurt, but the elephant landed very hard from very high and was injured. 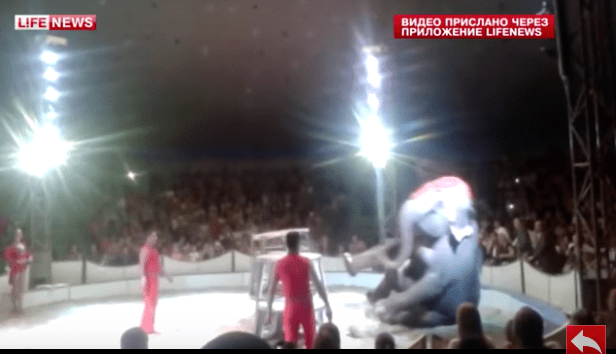 What happened next was amazing – the other two elephants on the scene rushed to his side to check if he was okay. They abandoned their act and jogged over to their friend, knowing something bad had happened. 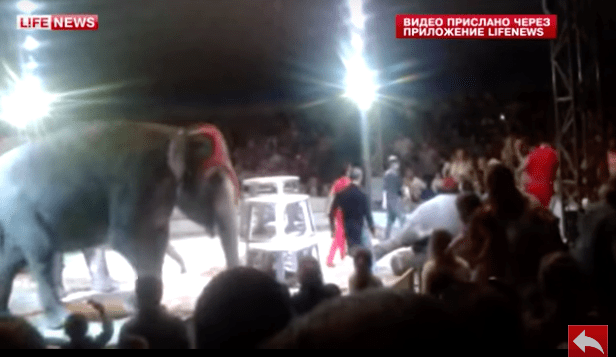 Other footage of the elephants from a different angle shows that they refused to leave his side. They stayed next to their friend as he was struggling to get back on his feet.

The elephant was injured during the fall, but he was made to perform again once he was healed.

This terrible accident is still nothing compared to the abuse and mistreatment that circus animals endure away from the eyes of the observers, not to mention the humiliating acts they're forced to perform, completely unnatural and out of place in the animal kingdom.

Thankfully, more and more governments are realising that animals do not belong in a circus. The U.S. has yet to enforce a nationwide ban, but progress is being made.

The Performing Animal Welfare needs your help to rescue captive circus elephants and other animals, and to give them a better life. Click here to make a donation.