When these two kittens turned up in a woman's garden in Casula, Sydney, she quickly realised there was something different about them, reports The Dodo. 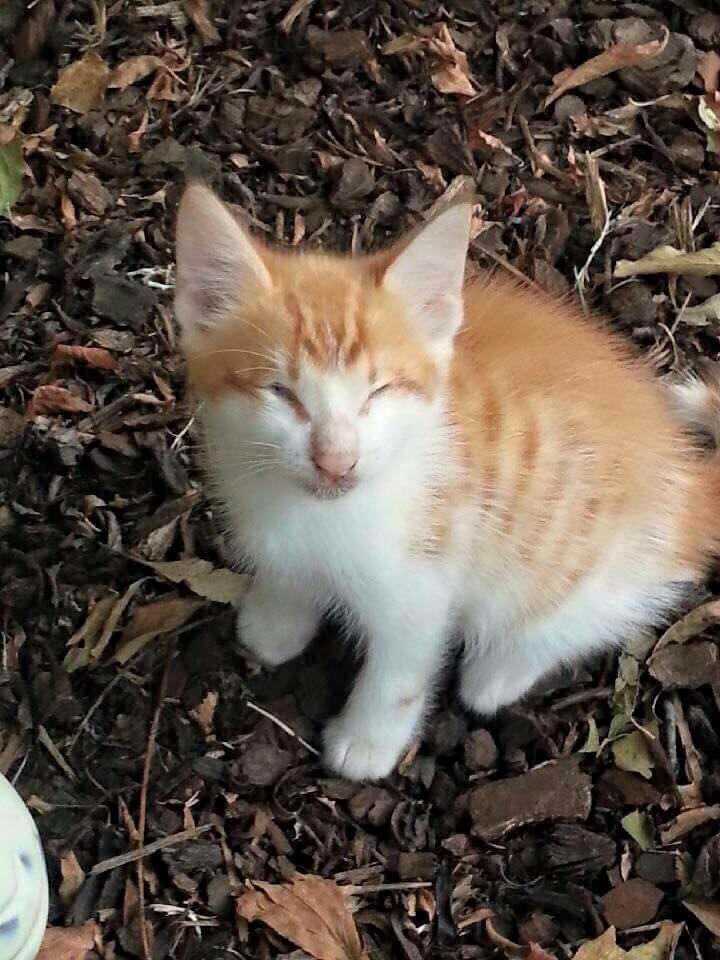 The kindhearted woman knew that she couldn't just let them go, so she began to feed them.

It was then that she noticed that the three-week old kittens' eyes were still closed: they were in fact blind. 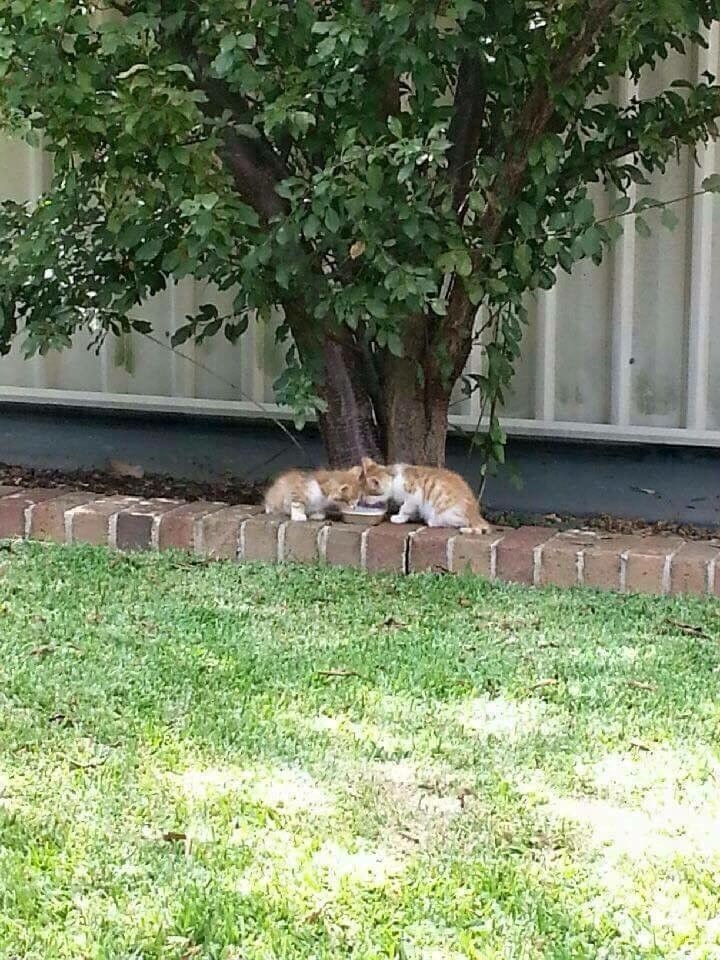 Though she desperately wanted to take care of them, her financial situation made it impossible for her to look after two blind cats.

The rescue centre was struggling at full capacity, but cofounder Diana Dammery just couldn't say no after she'd seen a photo of the adorable kitties. She tells The Dodo:

We didn't care how much they were going to cost us; we just couldn't turn our backs on them. 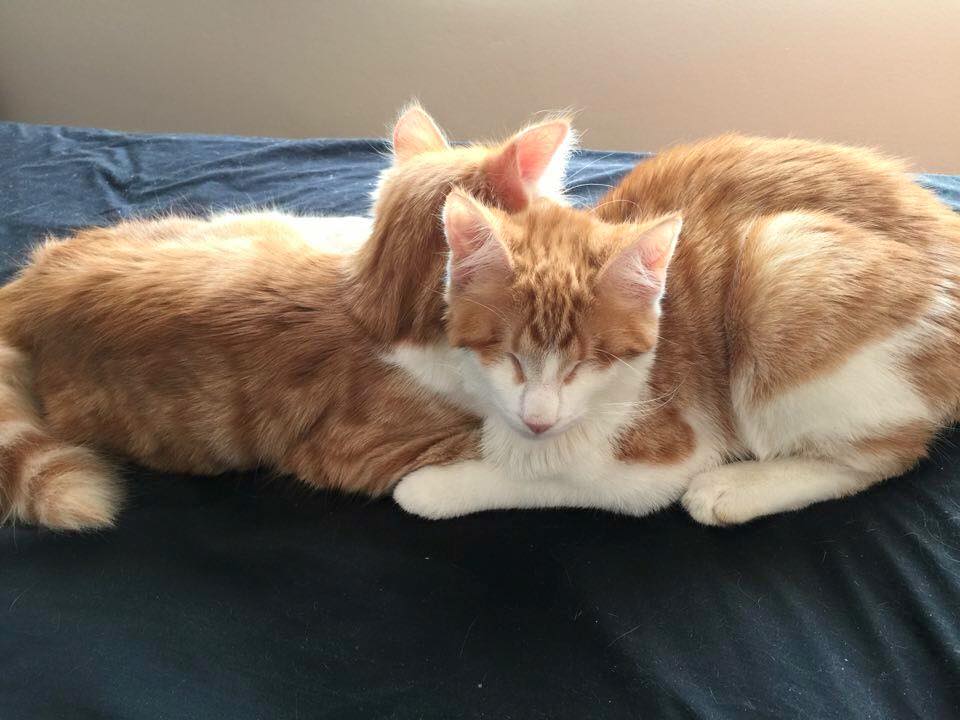 They soon found out that poor Stevie was totally blind, while Isaac was blind in just one eye. Both cats had to receive special treatment for their eyes.

But Inner City Strays happily confirm in a Facebook post that the cats "are blissfully oblivious that anything is wrong with them"!

Perhaps the most magical part of their story is the incredible friendship between Stevie and Isaac. The kittens are supporting each other through their difficulties, playing and cuddling just like any other cats. 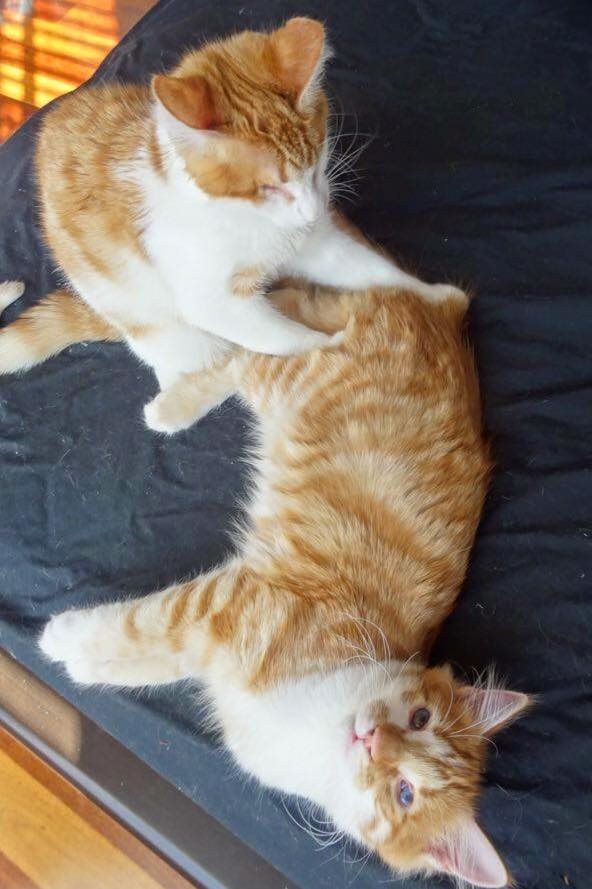 Dammery says that Stevie in particular depends on Isaac:

If he gets disoriented or is unsure, he cries and Isaac comes running. He never cries if Isaac is near. They're the best of friends.

Just 24 hours after the surgery on their eyes, the pair were happily wrestling and snuggling again! Stevie recovered very quickly, while Isaac needed some extra surgery at the SASH animal hospital in North Ryde, Australia. 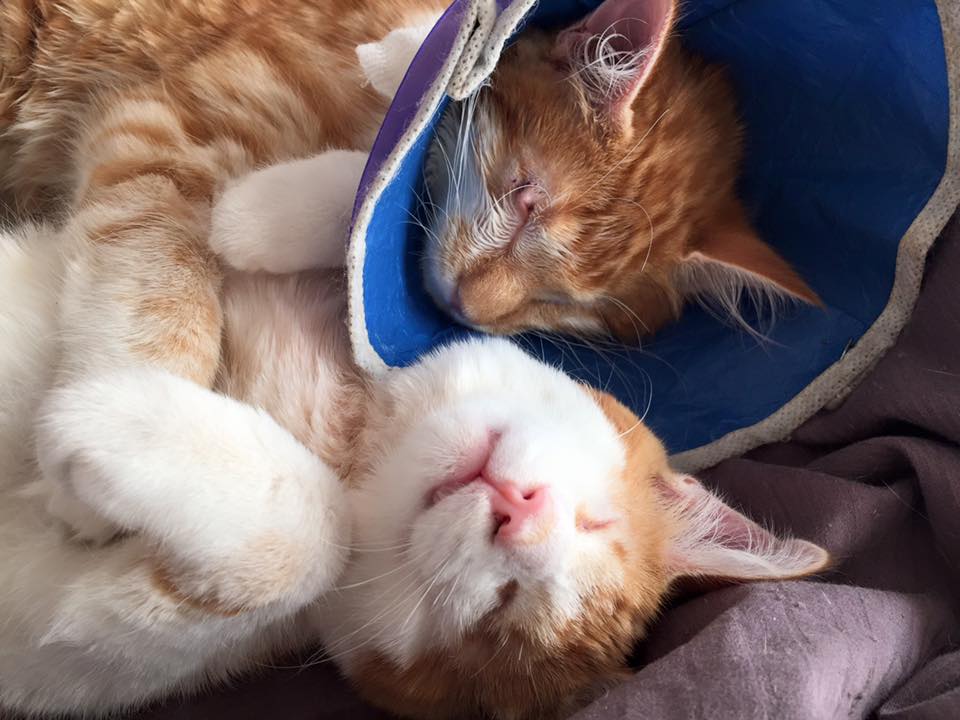 It's clear that these are two very special cats. They have proved their incredible resilience and passion for life, despite the setbacks.

As soon as they are both fully recovered, Stevie and Isaac will go up for adoption and are hoping to find a forever home. Dammery underlines, however, that they need "a loving family that understands their needs". 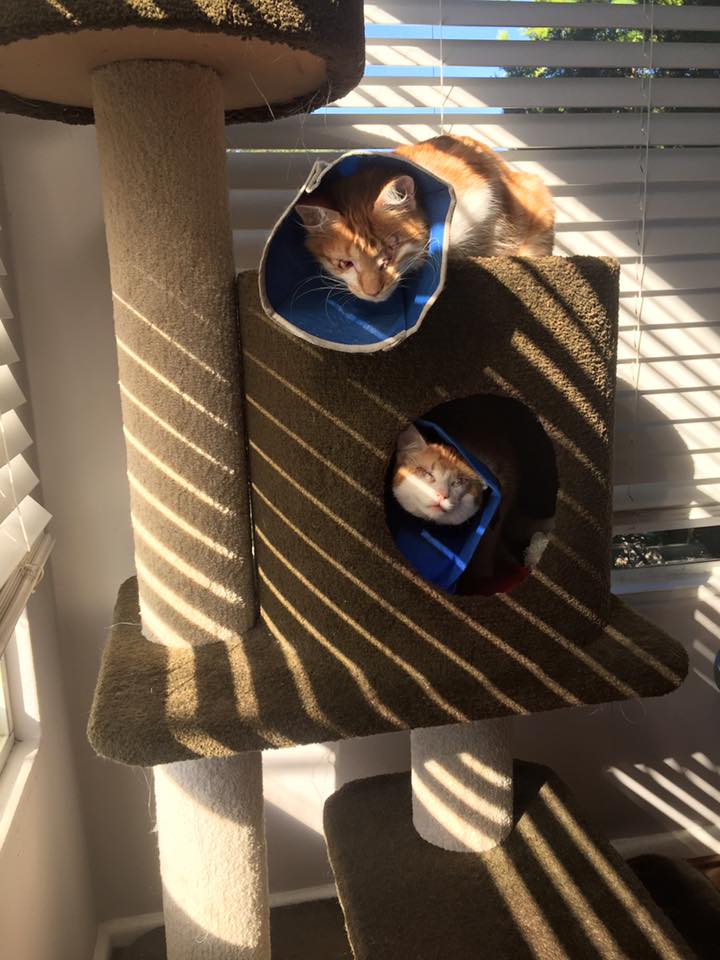 If you are interested and feel like you could give these beautiful kitties a compassionate home, get in touch with Inner City Strays.

Alternatively, you can help support their incredible work by donating here.