Last year, the last surviving canine who worked through 9/11 as a search and rescue dog died.

This year, on the 16th anniversary of the attacks, she was honored with a statue in her hometown of Cypress, Texas.

Golden Retriever Bretagne was just two years old when she started at work with her handler, Denise Corliss, as part of the Cy-Fair Volunteer Fire Department’s K9 Search & Rescue Team following the events of September 2001.

Along with about 100 other dogs who came to New York City, Bretagne worked every day for 12 to 16 hours, searching among the rubble of Ground Zero for survivors as well as offering crucial emotional comfort to other victims. 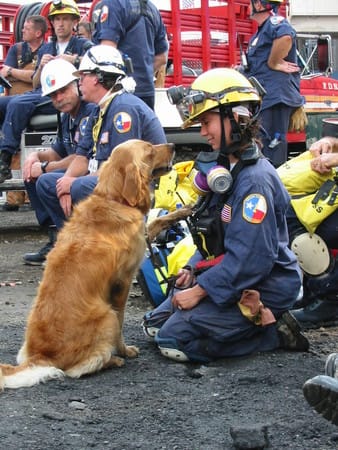 After her work at Ground Zero ended, she continued her search and rescue operations at Hurricanes Katrina and Rita, before retiring in 2010.

Even then, she didn't settle down completely. The warm-hearted pooch volunteered at local primary schools as a therapy dog, listening to special needs children read. 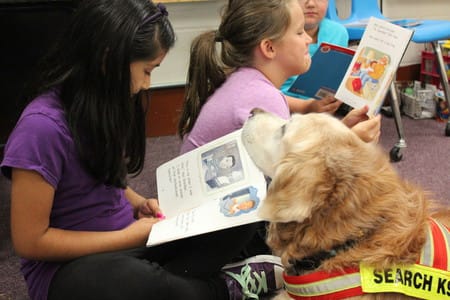 With a resume as impressive as this, it isn't surprising to see how Bretagne got her statue, although sadly she did not live to see it.

The statue, made of bronze and designed by Lena Toritch, is life size and erected just outside the Cy-Fair Volunteer Fire Department, where Bretagne worked for most of her life.

It was unveiled on September 11 in a ceremony attended by Corliss, friends, and other first responders. It was especially emotional as Cypress, a Houston suburb, was hit badly by Storm Harvey only a couple of weeks before. Corliss and her new search dog, Taser, had of course been working, searching for victims of the floods. 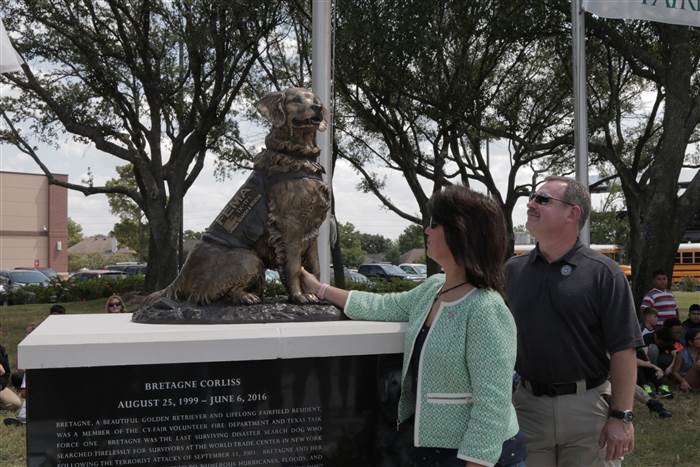 For Corliss, the ceremony was incredibly touching:

I’m so touched — dumbfounded, even — that people wanted to do something this special for Bretagne and felt so strongly about it. Bretagne has become a symbol for those who serve. This is about honoring all first responders.

Toritch agrees and is incredibly proud of the statue, and how many people came to honor the canine first responder:

The statue shows Bretagne in her prime, on her best day, when she was young and fresh and happy. I wanted to show her smile, her sweet disposition. I think it’s very symbolic for the statue not only to be unveiled on 9/11, but to be unveiled in the Houston area. It shows respect and gratitude for first responders and it honors the resilience of people who don’t want to stop living their lives. 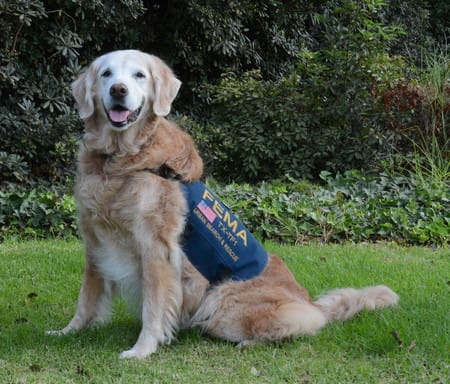 Although there are no more 9/11 canine first responders still alive, their legacy lives on in monuments such as this, and the work that thousands of search and rescue dogs continue to this day.